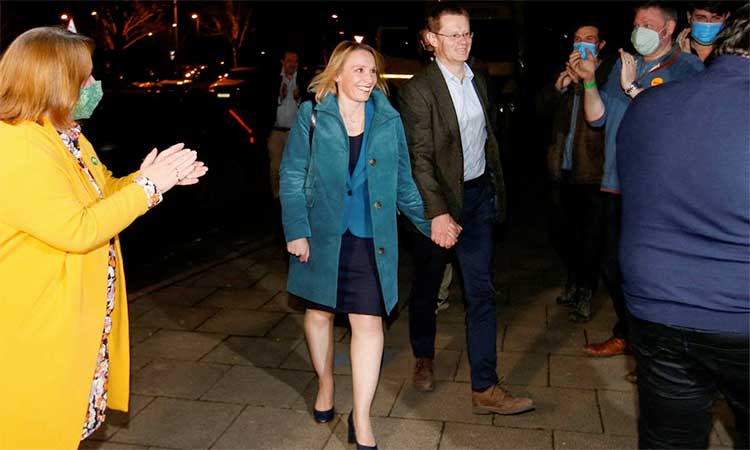 We’ve seen a lot of heated discussion over the past week about what lessons should be learnt from the Liberal Democrats’ stunning by-election win in North Shropshire. Conservative MP John Redwood claimed the result was due to public concerns about “taxes sandbagging the economy”.

Others pinned it solely on Westminster “sleaze” and the revelations around “partygate”. But in all of this speculation, we’ve not heard much about what the people of North Shropshire were actually saying on the ground.

I visited several times during the by-election campaign. I spoke to people and listened to their concerns, alongside Lib Dem activists: between us we knocked on more than 35,000 doors, making up the majority of homes in the constituency.

I heard harrowing stories about people waiting hours for ambulances, scared and in pain; farmers seeing their payments slashed; and rural communities feeling isolated and forgotten. Our candidate, Helen Morgan, lives and works locally, and volunteered to help her community during the lockdown. She understood these issues and concerns and had experienced the ambulance delays herself.

Whatever the issue, the sentiment was the same: former lifelong Conservative voters switched to the Liberal Democrats because they were fed up with the current government and fed up with Boris Johnson’s lack of decency. North Shropshire is a former Conservative stronghold: it had been held by that party for almost 200 years.

Many people I spoke to there had voted Tory for generations. But just like in Chesham and Amersham in Buckinghamshire last July, people were switching to the Liberal Democrats in their droves because they were sick of being taken for granted. Like the political earthquake that saw the “red wall” crumble in 2019, this is part of a seismic shift in British politics.

The Liberal Democrats have shown that we can play a critical role in beating the Tories at the next election. There is no credible route to removing Boris Johnson’s Conservatives from power without us winning a substantial number of seats in the so-called “blue wall”, where we are the main challengers. But to do that, we need to win the support of people who have always voted Conservative, as well as those who have always opposed them.

I am truly grateful to the many lifelong Labour voters who chose to lend their votes to the Liberal Democrats in North Shropshire. But that trend on its own, which saw Labour’s share of the vote fall from 22 per cent to 10 per cent, wasn’t enough. To achieve the historic swing, Helen had to persuade thousands of people who had previously voted Conservative to back her too.

Many of those voters would simply never have voted Labour. Not in North Shropshire, and not in dozens of other historically “true blue” Conservative seats around the country. Likewise, if the Liberal Democrats had entered a formal deal with Labour by persuading them to stand down, many would probably not have voted for us either. Voters don’t like stitch-ups: they can make their own decisions on who they want to vote for and why. An electoral pact, where one party stood down for another, would not have delivered that staggering majority for the Lib Dems or that defeat for the Tories.

Labour and the Lib Dems will absolutely have to be strategic in how they approach the next election. It makes perfect sense for opposition parties to put their resources into beating the Tories wherever they think they have the best chance of winning. And tactical voting will remain crucial to beating Conservative incumbents.

As Labour’s shadow health secretary Wes Streeting himself said earlier this week, there are some places in the country where the easiest route to getting rid of a Conservative MP will be to vote Liberal Democrat. In others it will be to vote Labour.

For Johnson ‘end is nigh’— maybe in several years’ time

Prime ministers tend to last longer than you think. I haven’t placed a bet of more than 50p on politics since I lost an undisclosed sum on John Major to cease being prime minister in 1994. It seemed obvious to me that the Conservative Party