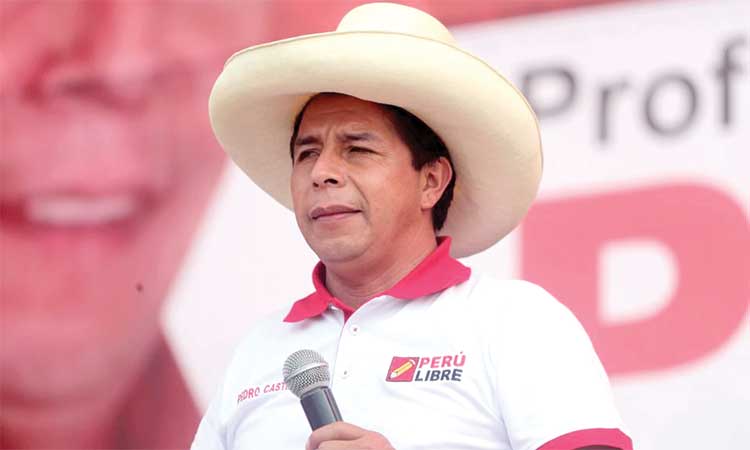 The former teacher, who narrowly won election earlier this year, is fighting fires on all sides: his socialist party has pulled support because they consider him too moderate, right-wing parties are pushing the impeachment are roiling the copper sector, and prosecutors are probing graft by his aides.

The uncertainty is rattling markets in the world’s no. 2 copper producer, which attracted investment with robust economic growth in recent years, but has been careening through political instability since 2017.

“It is a chaotic government that has no idea how to manage things, and does not dispel doubts as to where it is going,” Alonso Segura, former economy minister in 2014-2016 under the center-left government of Ollanta Humala, told Reuters.

“So this is creating moderate and high risks that are restricting investment decisions.”

Castillo, who came to office in July buoyed by angry Peruvians wanting change, had calmed markets and investors early in his term with moderate picks for his Cabinet, though that led to a rift with his Marxist political party.

Ministers have come and gone since, while threats to nationalise gas and close some mines — often with sharp u-turns shortly after — have hit his popularity with voters and investors, hurting the sol currency and Peru’s sovereign debt rating.

Opponents are now looking to impeach Castillo on the grounds of ‘moral incapacity’ and cronyism, allegations he has strongly rejected. He accuses right-wing parties and “economic interest groups” of looking to push him out of office.

“The aim of these groups is to vacate the presidency, without any support and with absolute irresponsibility for the consequences that these undemocratic acts have for our country,” Castillo said in a speech last week.

According to a survey by the Institute of Peruvian Studies (IEP), published in late November, Castillo’s approval rating slumped to 25%, from 35% in October. Most Peruvians think he will not complete his five-year term.

His opponents must gather 52 votes from the 130 legislators in a divided Congress to start impeachment proceedings. They would need 87 votes to remove him in the final vote at a later date.

The three right-wing parties pushing the motion have 43 votes between them, but in recent days lawmakers in other blocs have said that they would also support starting the process. His own Free Peru party has not ruled out backing the motion.

Castillo would not be the first Peruvian president to be forced out of power.

The Andean country has had five presidents since 2016. In 2018 Pedro Pablo Kuczynski resigned minutes before an impeachment vote that he was sure to lose, while Martin Vizcarra was impeached twice last year, the second time successfully.

“We have an incompetent president, aimless enough that he should go to Congress so he can answer the allegations,” said Carlos Anderson, from opposition party Podemos Peru, who wants to put Castillo on the stand though not necessarily oust him.

“However, for impeachment there is no clear evidence of moral incapacity.”

“We are generating a political arena in which impeachment has become the way of doing politics and that is not something the constitution designed it for, even remotely,” he said.