The Jan. 6 attack on the Capitol was bad - GulfToday 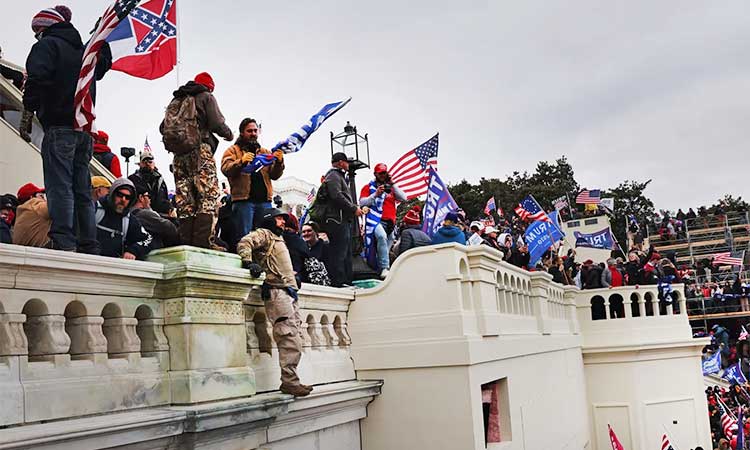 Protesters gather in front of the Capital building on the second day of pro-Trump events in an effort to overturn the poll results. File/Tribune News Service

On Jan. 6, when followers of President Trump stormed the Capitol to try to block the election of President Biden, the insurrection seemed like a bizarre anomaly — a freak storm whipped up by pro-Trump extremists and right-wing militias.

But in the months since the attack, the movement that spawned the uprising — sometimes called “election denialism” — has turned out to be larger, more durable and every bit as worrisome as the violence of that chaotic day.

Jan. 6 was the largest assault on the Capitol since the British army destroyed the building in the War of 1812. One rioter, Ashli Babbitt, died in the attack, shot by a Capitol Police officer as she tried to break through a door into the House chamber while police were evacuating members of Congress.

Three others in the crowd died, two from natural causes and one from amphetamine intoxication, the D.C. medical examiner determined.  Video of the assault shows rioters attacking officers with poles, bats, stun guns and bear spray. It also shows people in the crowd shouting threats against officials, including Vice President Mike Pence and House Speaker Nancy Pelosi, both of whom were taken by police to secure hiding places during the assault.

A Capitol Police officer, Brian Sicknick, suffered a stroke and died a day after confronting rioters; officials have accused two men of assaulting him with chemical spray. Four other officers died by suicide in the months since the assault. More than 140 law enforcement officers were injured.

Federal prosecutors have charged more than 675  people with crimes connected to the attack, including more than 210  accused of assaulting or impeding police, according to the Justice Department. The first guilty pleas in the case came in August, even as the FBI continued to hunt for additional suspects.  The violence, which disrupted Congress’ constitutionally mandated count of electoral votes for hours, wasn’t as accidental as it looked — and it could well happen again, experts on terrorism say.

Before the riot, Trump spent weeks telling his followers that the election had been stolen — even though he and his lawyers had produced no evidence of significant fraud.

On Jan. 6, he told the marchers outside the White House that his vice president could block electoral votes that were pledged to Joe Biden. “If Mike Pence does the right thing, we win the election,” he said.

That wasn’t true; the vice president doesn’t have that power. But many of the demonstrators hoped that if they put enough pressure on Pence, he would cave in to Trump’s demand.

Trump’s last-minute attempt to block Biden’s election came after weeks of other efforts to overturn the results.

The president and his lawyers filed more than 60 lawsuits seeking to void Biden’s victories in swing states. They lost all but one, a relatively inconsequential suit, which alleged no fraud and affected only a few thousand votes in Pennsylvania.

Trump jawboned more than 30 state legislators and other officials, asking them to overturn their states’ results. All refused. He pleaded with Georgia’s chief election officer, Republican Secretary of State Brad Raffensperger, to “find 11,780 votes” to erase Biden’s lead; he refused too. Trump also unsuccessfully pressured the Justice Department to intervene on his behalf.

Biden won the election decisively — whether measured by the popular vote (where his margin was a healthy 7 million) or by electoral votes (where he won by the same majority Trump did four years before). It was not a particularly close election.  Since January, even more evidence has shown that Trump’s claims of fraud are groundless. A shambolic GOP “audit” of votes in Arizona’s largest county found in September that Biden actually won more votes than had initially been counted.  But none of that has stopped Trump from continuing to proclaim his spurious gospel of fraud.

“We won on the Arizona forensic audit,” he told supporters the night after the audit results came out. “[Biden] didn’t win in Arizona; he lost.”

Still, Trump has succeeded in one important respect: He has convinced millions of Republican voters that the election was stolen from them.

A CNN poll in September found that 78% of Republicans said they believed Biden’s victory was illegitimate. Almost 6 in 10 said “believing that Donald Trump won” was an important part of being Republican — right up there with traditional principles such as low taxes and limited government. Another survey, the Economist/YouGov poll, found that election denialism grew over the first nine months of 2020.

At postelection rallies, the former president repeatedly has told supporters that any time Democrats win elections, they must have engaged in fraud.

“There is no way they win elections without cheating,” he said in Phoenix in July.

It’s tempting to consider this just more evidence of what psychologists call “motivated reasoning,” the tendency to believe only those facts (in this case, imaginary facts) that conform with your partisan views.

But it’s more dangerous than that.

If Republicans lose close congressional elections in 2022, or if Trump or another GOP candidate loses the presidential race in 2024, a large group of voters is already primed to believe the only possible explanation will be fraud — and some are willing to resort to violence to reverse the result.

“About 65 million Americans believe that Joe Biden stole the election and is an illegitimate president,” Robert A. Pape, a terrorism expert at the University of Chicago, said. “That’s a lot of people.”

Of those 65 million, he added, about 21 million believe violence is justified to restore Trump to the presidency, based on polling conducted by Pape’s research organization, the Chicago Project on Security and Threats. That number “is the pool of potential recruits” for a future insurrection, he said.

“We know that only a small fraction of people who say they are willing to engage in violence will ultimately do so,” he added. “So the size of the pool is important.”

“Think about this as if it were a wildfire. Wildfires are often set off by lightning strikes, but there will always be lightning. The important question is how much dry wood is on the ground when it strikes. The tinder is more important than the match.”

One more finding from Pape’s research: Of the hundreds of people who have been arrested and charged with crimes in connection with the Jan. 6 attack, most aren’t militia members or marginal cranks. “More than half are business owners, executives or white-collar professionals — doctors, lawyers, accountants,” he said. “Only 14% are members of militia groups, which means almost 90% are not. This is more a mainstream set of people than a fringe.”

Meanwhile, Trump and his supporters are doing plenty of groundwork to contest the results of future elections. 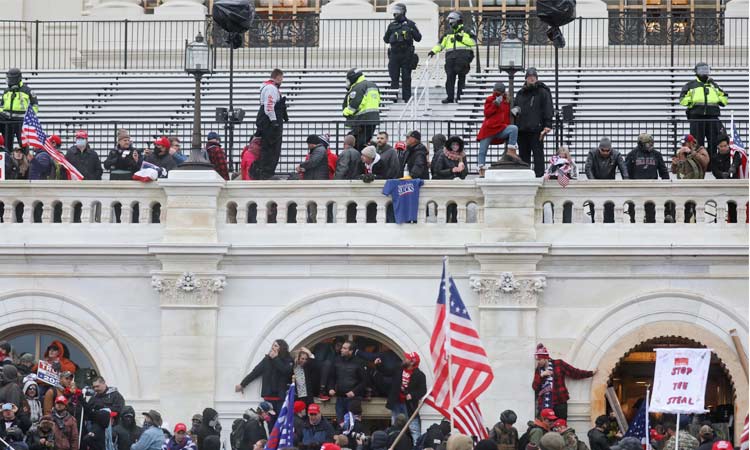