Domestic abuse will now be treated as knife crime - GulfToday 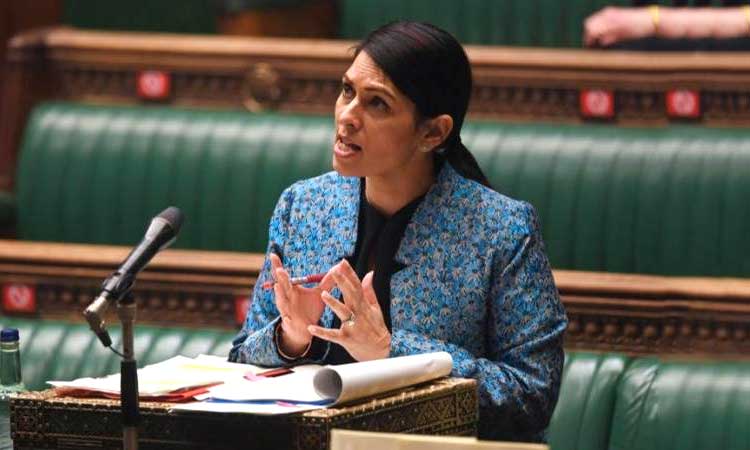 Priti Patel during the parliament proceedings.

“Too many of us have walked home from school or work alone only to hear footsteps uncomfortably close behind us,” she said. “Too many of us have clutched our keys in our fist in case we need to defend ourselves and that is not OK.” She then promised “to take action”.

Yesterday came the latest move: an amendment to the police bill so councils, police forces and other local agencies include domestic abuse and sexual violence in a new “serious violence duty ”. The Home Office says it will mean abuse in the home is treated as seriously as knife crime or homicide. And quite right too.

So I hope I’m not being churlish in asking what’s taken them so long. As recently as 2018, the government’s Serious Violence Strategy did not recognise domestic abuse as an example of what it patently is: serious violence.

Credit where it’s due. The Conservative peer Gabby Bertin and the domestic abuse commissioner for England and Wales, Nicole Jacobs, have worked relentlessly to make this change. And credit, too, to the home secretary for listening and responding. One friend of Ms Patel told me: “Priti is a hero.”

And it’s more than symbolic: it will goad the authorities responsible to pay more attention to women’s safety. And that matters.

But why stop there? Baroness Bertin and the Labour MP Jess Phillips may disagree on a lot politically, yet they both agree on the importance of another change: putting violence against women on a par with terrorism or organised crime by making it a strategic policing requirement, forcing all 43 forces to coordinate their response to what has justifiably been described as an epidemic of male violence.

Domestic violence accounts for one in five of all crimes, so surely it should receive 20 per cent of resources? It doesn’t. But if it was treated akin to crimes like terrorism, perhaps it might.

So I asked the Home Office minister Rachel Maclean on last night’s Channel 4 News if she’d make the change that her department has long mooted, though never delivered. Her response? “We’re looking at that.” She described it as “a small part of our overall response across the whole system”.

I asked Home Office minister if violence against women should be on a par with terrorism. She told me her department was still “looking at it”.

That drew a furious riposte from Labour’s shadow minister for domestic violence and safeguarding, Jess Phillips: “While they look at it, women are dying, being raped, being coerced, controlled, strangled and beaten by people on conditional bail, by known offenders who are not monitored, by prolific offenders who can act with impunity,” she tweeted last night.

There are other omissions, too. Making misogyny a hate crime — which would give judges the ability to issue tougher sentences if an offender had been motivated by a hostility towards women — awaits a Law Commission review, first announced in 2018. It’s a good job we’re patient.

The prime minister, though, seems to have rushed to judgement, saying when asked: “If you simply widen the scope of what you ask the police to do you’ll just increase the problem.”

After weeks of terrible press — and a slump in grassroots approval — Patel is being depicted, on yesterday’s amendment at least, as someone who has valiantly taken on the establishment and the government machine, and won. One Conservative colleague told me: “Priti hasn’t done a bad job on this. I think she does get it actually.”