US re-joining JCPOA would be win-win for all - GulfToday 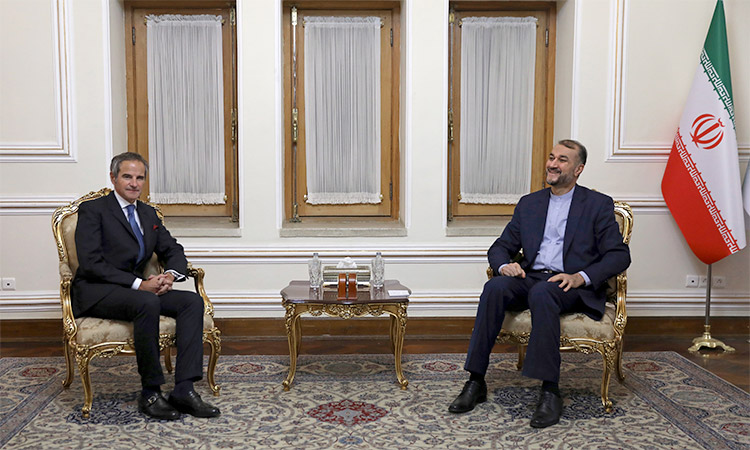 Talks on the 2015 Iran nuclear deal, known as the Joint Comprehensive Plan of Action (JCPOA), resume today in Vienna but no one can predict what will happen since it is impossible to gauge the intentions of the opponents, the US and Iran. Both breathe cold and hot, suggesting compromise, on one hand, and confrontation, on the other.

Neither side trusts the other. Iran and the other signatories of the JCPOA expected the US to re-join the deal-abrogated by the Trump administration in May 2018-shortly after President Joe Biden entered the White House. While he pledged to return during his election campaign, Biden disappointed. His administration initially called for Iran to return to compliance before the US does although it was first to violate the terms of the deal. Tehran argues, rightly, that the US should re-enter and give guarantees that Biden and his successors will not withdraw again.

In exchange, Iran would cease enriching uranium above 3.7 per cent purity, export stock-piles of uranium above 300 kilograms, retire banned centrifuges used for enrichment, and resume full cooperation with International Atomic Energy Agency (IAEA) monitors who are meant to ensure Iran’s adherence with the agreement.

The Biden administration says it seeks to return the US to the JCPOA and is prepared to lift sanctions connected with that deal easing but not cancelling all the measures which have crippled Iran’s economy and punished its citizens. The US would leave hundreds of sanctions which Washington employs to exert pressure on Iran to curb its involvement in regional affairs and ballistic missile programme. Both moderate pro-deal former President Hassan Rouhani, without whom there would have been no JCPOA, and his hardline successor, JCPOA-sceptic Ebrahim Raissi have rejected the US demands.

Iran insists that as soon as the US re-enters the JCPOA sanctions must be lifted and this process verified before Tehran begins to return to its commitments which it began to breach in 2019, more than a year after Donald Trump aborted the JCPOA.

To justify its violations, Tehran cites the JCOPA provision which permitted any signatory to “cease performing its commitments (if there is) significant non-performance” by others. The US not only pulled-out unilaterally but also Europe failed to battle US sanctions due to threats that Washington would impose secondary sanctions on any government, bank, firm or individual trading with or investing in Iran.

Adhering to the Trump line, the Biden administration last week spoiled the atmosphere in the run-up to Vienna by slapping fresh sanctions on Iran instead of offering confidence building measures. To make matters worse, General Kenneth McKenzie, head of US Central Command, told Time magazine that if talks with Tehran fail, the US is ready to take military action. This amounted to a threat if the US does not get its way. “Our president said they’re not going to have a nuclear weapons,” the general stated. While admitting that diplomats are taking the lead in dealing with Iran, he added, “Central Command always has a variety of plans that we could execute, if directed.”

Although the head of the US negotiating team Robert Malley previously said Washington could consider other options if a deal could not be reached, McKenzie was way out of line. Generals do not and should not state or make US government policy.

The government is, nevertheless, strongly influenced by Israel and its US lobbies which oppose US return to the JCPOA. While the Biden administration is, reportedly, resisting Israeli pressure, it is not clear how long Biden’s minions will stand firm on his pledge to re-enter the deal if the talks go beyond this, the seventh, round without a breakthrough.

Having cancelled research on nuclear bombs in 2003, Tehran vows it does not want such weapons and is not trying to covertly develop them. IAEA experts monitoring Iran’s programme have confirmed that weaponisation is not an issue although Western powers continue to accuse Iranian falsely of seeking to make nuclear weapons.

In the run-up to Vienna, Tehran also stoked tensions by accusing the IAEA of bias against Iran and capitulating to Western pressure. Tehran refused IAEA experts access to a workshop where components for centrifuges which purify uranium are made. The facility was struck in an alleged Israeli sabotage attack in June, and an IAEA camera monitoring the site was destroyed. Iran removed the remaining three IAEA cameras and disappeared video taken by the wrecked camera. While the facility resumed normal operations in September, Tehran has been angered by the refusal of the IAEA and the Western powers to tackle Israel over repeated strikes on facilities the agency is monitoring and assassinations of Iranian nuclear scientists. While the Biden administration has recently said destabilsing Israeli attacks are unwelcome ahead of negotiations, no action has been taken against Israel.

Both the US and Iran are under pressure to reach a deal. The European Union, which is determined to revive the JCPOA, is brokering the talks which connect outlier US with the deal’s remaining signatories-Iran, Britain, France, Germany, Russia and China. As it is no longer in the deal and has jeopardised its existence by withdrawing, the US team resides in a separate hotel and European envoy Enrique Mora acts as go-between.

Cooperation and compromises are essential if the JCPOA is to be rescued. While Biden would have to buck criticism from Israel’s pals in Congress and Israeli hawks, he would secure a win on the international scene. US return would repair the damage inflicted by Trump when he abandoned the deal and demonstrate that Biden is determined to honour campaign promises and meet US commitments to international agreements, particularly those like the JCPOA which is blessed by the UN Security Council. Once the US is “back” and sanctions on Iran lifted, Tehran might, just might, be prepared to discuss its regional activities and ballistic missiles with the US. After 42 years of enmity, Washington and Tehran might be able to reach coexistence.

This would amount to a boon for Tehran which has suffered greatly from sanctions and isolation and enable it to revive relations with the Western powers and Arab neighbours, which have already begun to talk to Iran. An end to sanctions connected with the JCPOA would enable Iran to export oil and trade normally, lift its economy out of recession, improve the conditions of its population, and tackle COVID. The hardline Raisi regime could become less repressive domestically and less antagonistic externally.

Therefore, revitalising the JCPOA would be win-win for both sides while failure could lead to instability and violence and continue to feed arms races and proxy conflicts which are raging around the region. 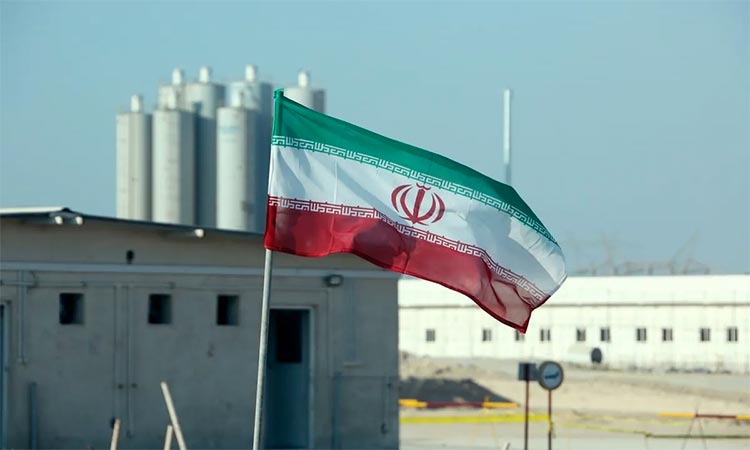 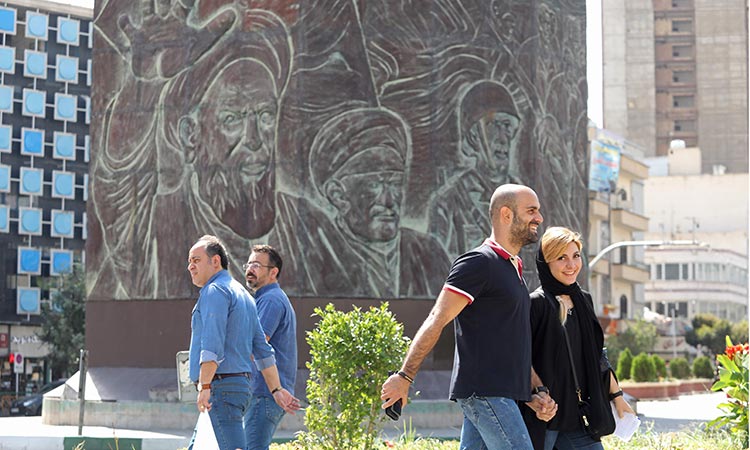 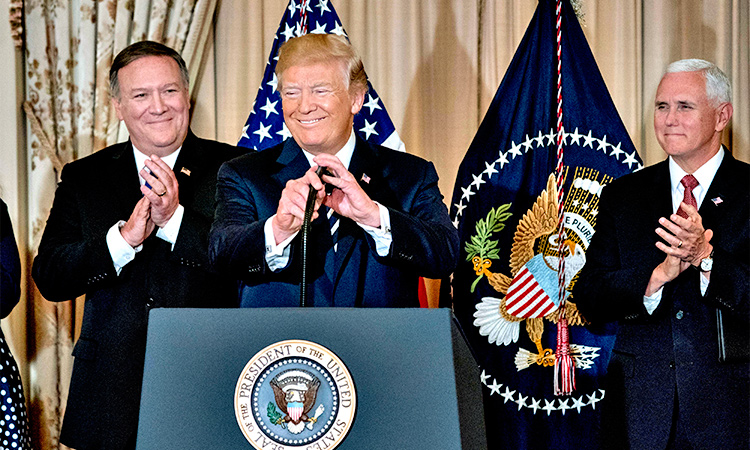