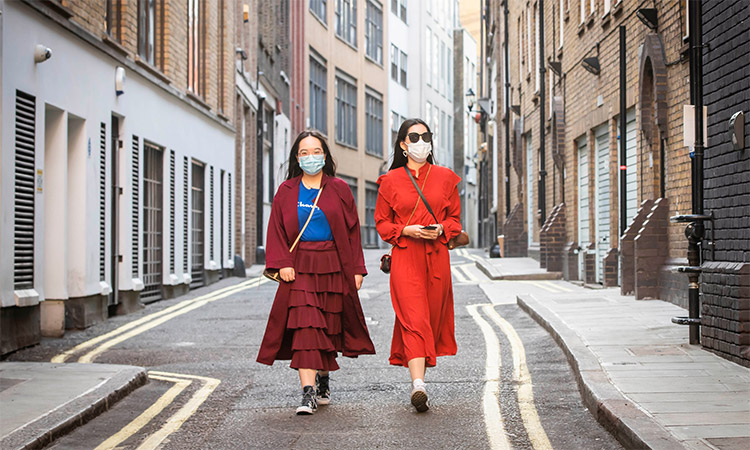 The prediction by the World Health Organisation’s Europe office that its 53-country region could face another 700,000 deaths in the coronavirus pandemic by next spring is alarming to say the least. The casualties could therefore top 2 million in total. This means that the killer disease is showing no signs of abatement, particularly in an affluent region such as Europe.

WHO also mentioned growing evidence of a slump in protection against infection and mild disease through vaccines, and said a “booster dose” should be given as a priority to the most vulnerable population - including people with weakened immune systems.

WHO expects “high or extreme stress” in intensive care units (ICUs) in 49 out of 53 countries between now and March 1, 2022.

The rise in Europe was being driven by a combination of the highly-contagious Delta variant, insufficient vaccination coverage and the easing of measures such as mask wearing and physical distancing, it said.

This only goes to prove one thing: that the scourge of the virus is far from over. One has to be continually on guard. And continue to avoid any kind of large gatherings and make wearing masks mandatory.

Already France has recorded more than 30,000 new COVID-19 infections over 24 hours for the first time since August. This is happening despite new social distancing steps.

Austria has spiralled its measures to check the virus spiral. It clamped down a partial lockdown in the most dramatic COVID-19 restrictions seen in Western Europe for months after a weekend of violence against virus steps rocked several cities on the continent.

In India, the demand for vaccines has gone up since a horrible second wave of the coronavirus brought the nation to its knees. For instance, over 1,000 shots were administered at sites of a major hospital in the south Indian technological hub of Bengaluru between July and September. This is in sharp contrast to the 3,000 shots for the whole of last year.

The European Union’s drug regulator said it started reviewing US drugmaker Merck’s experimental Covid antiviral pill for adults and could issue an opinion within ‘weeks.’

Its pill Lagevrio has shown it can halve the chances of dying or being hospitalised for those most at risk of developing severe COVID-19.

While vaccines are key to the fight against the pandemic, regulators are looking at therapies.

It all goes to show that there can be no complacency as far as the coronavirus is concerned.

Already there are worries. According to a report in a section of the Indian media, private hospitals in one city have expressed concerns over effective use of vaccine stock lying with them.

New Zealand is definitely taking no chances. It will continue to keep its borders closed to most international travellers for another five months. However, there will be a careful relaxation of border restrictions that have been imposed since the virus hit the nation in March 2020.

Coupled with its geographical isolation, the South Pacific country enforced some of the tightest restrictions where the pandemic was concerned, helping its economy bounce back faster than many of its peers.

The Netherlands started shifting virus patients to Germany to ease the pressure on its hospitals.

The Czech Republic may make anti-virus vaccines mandatory for people over the age of 60 and for health and social care workers.

These were the very questions that were asked when the coronavirus first appeared in 2003, and these questions still remain valid. A transparent global health network and the rigorous application of scientific techniques will need to be undertaken.

Now, a new variant of the coronavirus has been detected in South Africa, ringing alarm bells all across the world. Already, the European Union and Britain are tightening border controls. England is saying the new variant is the most significant yet found. Truly, the virus rages on.