UK goes on with new normal despite virus surge - GulfToday 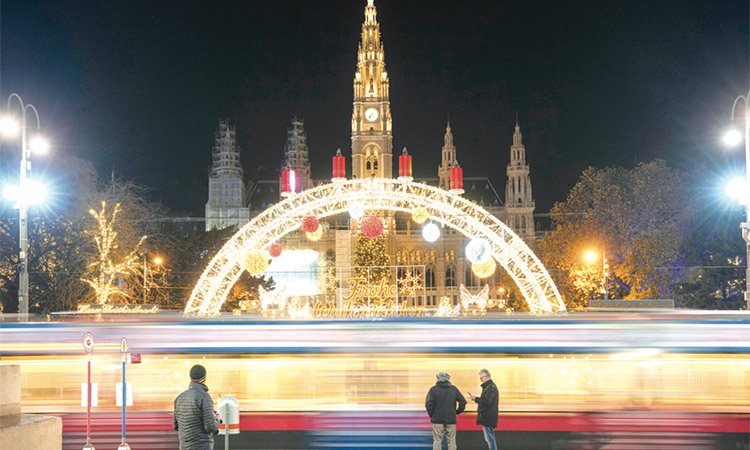 People wait for the tram, backdropped by the Christmas market, now closed due to the national COVID-19 lockdown, in Vienna, Austria. Associated Press

The bars are shut in Vienna, and the Christmas market is empty in Munich, as several European nations tighten up or even lock down to combat a spike in coronavirus infections.

Meanwhile in London, couples sip mulled drinks at a seasonal market near the River Thames, full-capacity audiences fill the seats at the nearby National Theatre, and friends huddle over clubs throughout the city.

Not for the first time in the pandemic, Britain is out of step with many of its neighbours. But this time, it’s happy to be different.

The UK has endured three nationwide lockdowns and recorded nearly 145,000 deaths from the coronavirus, the highest toll in Europe after Russia.

Now, it is watching as hospitals struggle with surging cases in countries including the Netherlands, Belgium, Germany, Austria and the Czech Republic, bringing lockdowns and restrictions. But while Prime Minister Boris Johnson has warned that a “blizzard from the east” could still ruin Britain’s Christmas, many scientists say the wind is now blowing the other way.

“We are not behind Europe in this wave. They are behind us,” said Paul Hunter, professor in medicine at the University of East Anglia.

The surge that is now hitting mainland Europe, driven by the highly transmissible delta strain of the virus, walloped Britain in the summer, just as the government removed all remaining legal restrictions on the economy and daily life.

Because Britain got delta in the summer, when respiratory viruses are transmitted less readily, “it wasn’t so explosive as we would expect it to be in the winter, and as we’re now seeing in in some European countries,” Mark Woolhouse, professor of infectious disease modelling at the University of Edinburgh, said.

“I think the UK got its delta wave at a fortuitous time, whereas Austria, for example, it’s the exact opposite,” he said. Austria, where average daily deaths have almost doubled in the past two weeks, has gone into lockdown, and authorities there plan to mandate vaccinations beginning Feb. 1.

The World Health Organization said this week that Europe is the only region of the world where coronavirus cases are rising, and the continent could see another 700,000 deaths by the spring unless urgent measures are taken soon.

Many scientists predicted the country would see a spike in cases after July 19 — dubbed “Freedom Day” by the media — when almost all restrictions were lifted. It didn’t happen.

Infection rates that were then among the highest in Europe, drifted up and down but never soared again as feared, though they remain stubbornly high. Britain is recording more than 40,000 new cases a day, a level last seen during the past winter’s surge. But a relatively high vaccination rate — particularly among the elderly — means hospitalisations and deaths are far lower than in previous waves. Still, 130 people a day died in the past week after testing positive for COVID-19.

Britain’s hospitals have not been overwhelmed with COVID-19 cases, though they are extremely busy as the health system struggles to clear a huge backlog built up during the pandemic. Johnson’s Conservative government has so far not had to trigger its “Plan B,” which would reintroduce mask mandates and work-from-home orders to ease pressure on the health system.

That could yet change. The pandemic’s capacity for nasty surprises was highlighted Friday when Britain banned flights from South Africa and several other countries over a new variant described by scientists as a concern because of its high number of mutations and rapid spread.

For now, life in Britain can feel unusually normal — even festive, as many embrace the holiday season with renewed enthusiasm. But it is a new, more constrained normal.

Visitors from countries where restrictions are still in place are sometimes taken aback by Britain’s voluntary, variable approach to mask use and social distancing. But Ivo Vlaev, a behavioral scientist at the University of Warwick who has studied data from across Europe, says people in the UK have largely stuck to protective measures — including limiting their contacts with others — even when they were no longer required by law. Movement data suggests Britons still travel and mix less than before the pandemic.

“It seems to be the case that in UK people are more compliant in general across all health-protective behaviours” than in some other European nations, Vaev said.

Partly, he says, the reason is “fear — we actually are quite afraid to go out and do the usual stuff” after Britain’s harsh pandemic experience.

While some European countries are turning to compulsion to get more people vaccinated, the UK is sticking with persuasion. Britain does not widely require proof of vaccination attend events or workplaces, and the government has ruled out mandating vaccines for everyone, though health and social care workers have been ordered to get shots.

Britain hasn’t seen as much resistance to the vaccine as many other countries, and about 88% of people aged 12 and up have had at least one dose. But only about 68% of the whole population is fully vaccinated, a lower figure than in some other European nations, partly because the UK was slower than many of its neighbors to offer shots to children aged 12 to 15, and has not yet approved vaccines for younger kids. The government’s focus is on giving booster doses to those most vulnerable to serious illness, offering a third shot to everyone 40 and up six months after their second.

“Get your booster as soon as you can,” the prime minister said this week. “Because it is by vaccinating our country that we have been able to get your staff back to their place of work, to open our theaters, our restaurants and get back for longer now than any comparator country, to something like normal life.”

Some public health specialists and opposition politicians say the government is relying too much on vaccination to keep the virus at bay. They want the return of mandatory masks, social distancing and other measures.

But some epidemiologists are cautiously optimistic that enough is being done to keep a lid on the virus over the winter. Perhaps ironically, Hunter says Britain’s heavy coronavirus toll puts it in a stronger position than those countries where the virus is now surging.

“They’ve got populations that are not as well immunized, whether that is from vaccine or infection, as we have,” he said. “We still have a lot more immunity from natural infection than most European countries, and we’re rolling out the booster. That is why we will have less of a troublesome winter than most.” 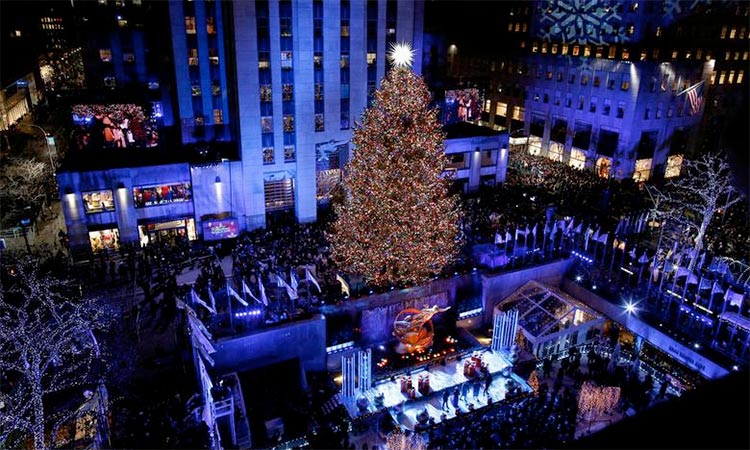 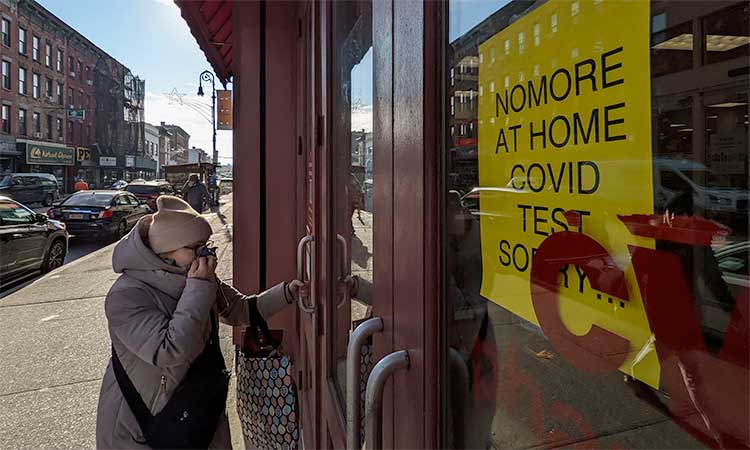 As terrifying as the rapidly spreading omicron variant is, fewer Americans should have to spend the holidays alone this year out of fear of contracting COVID-19. Not only do we have life-saving vaccines. For many people, rapid tests can effectively flag 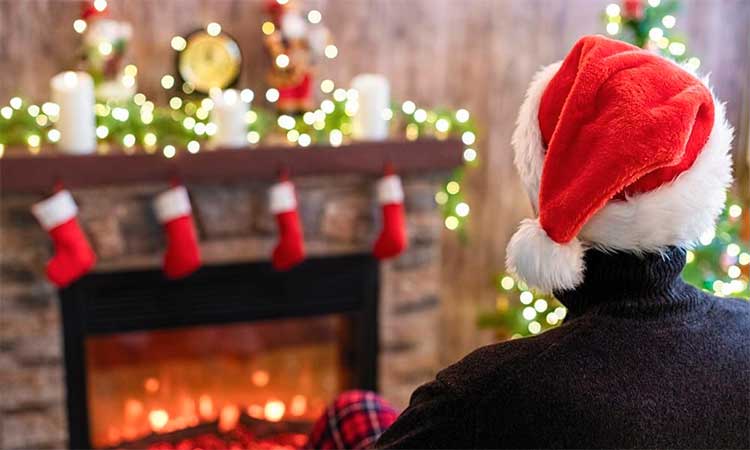