It suits Steve Bannon to be martyr in prison - GulfToday

It suits Steve Bannon to be martyr in prison 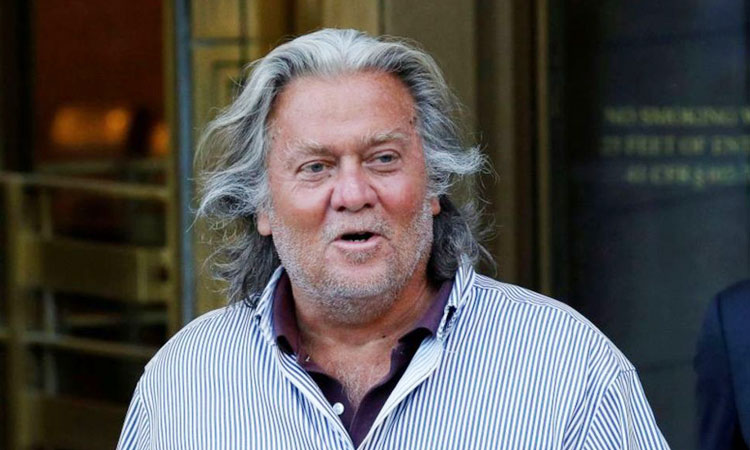 If I was planning a coup d’etat and the overthrow of the government of the United States of America, I’d not really go out of my way to blab about what I knew, before or after the event.

If what they say is true about Steve Bannon, a man best thought of as Donald Trump’s Svengali, then I too wouldn’t be cooperating that much with the authorities about what I did or did not know about the protests (to put things euphemistically) at the Capitol on 6 January.

Whether it was a pro-Trump rally where things got a bit out of hand or an attempt to seize control of the levers of government and to frustrate the ratification of a democratic election is what is in question at the various Congressional inquiries now underway. What was Bannon doing in Washington on 6 January? And what did Bannon mean when he predicted, a day before, that all hell would be let loose? We all have our views.

From Bannon’s point of view, stonewalling must be the best option. Saying as little as possible is a constitutional right, arguably, and no one can actually force him to tell anyone anything. He can use his high-profile platform to argue, if he’s minded to engage, that the whole process is illegitimate, being conducted by an unlawfully elected fake assembly, and motivated by a desire to protect a Democrat president elected through fraudulent means. Donald Trump, in this version of reality, is still the president of the United States, and Bannon and his allies only recognise his authority.

Therefore, Bannon might point out, he’s under no obligation to hand anything over or give up any information to a body, the US Congress, that is operating under false pretences and has itself usurped the true democratic government of the US — the Trump administration. Indeed, silence would add to his aura of power and mystery. It gives him leverage, too — what will the establishment offer in return for his information?

The worst — and also the best — thing that could happen to Bannon is that Congress finds him guilty of contempt, sends him to jail for a year and slaps a $100,000 fine on him. The whole Bannon shtick, absurdly, is that he’s the little guy being bullied by a fraudulent, selfish, crooked elite looking, as ever, after their own interests, and terrified of the people and the people’s continuing president, Donald J Trump.

Nothing suits Bannon more than to be seen as the victim, even if his travails are entirely self-inflicted. Nothing would be more satisfying than a one-year spell in prison, where, like some notable figures from the past, he would spend his time writing his memoirs and setting out his political philosophy and patriotic mission.

Congress presently seems set on making Steve Bannon into a sort of conservative Nelson Mandela, a political prisoner banged up for his beliefs, victimised for his defiance of an illegitimate regime. No doubt he will do well out of it.

You wonder, though, what might happen if the Congress ever tried to come after Trump personally —  they’ve already tried to get their hands on personal records — and Trump tells them to get lost and they send him to prison too. Trump and Bannon might share a cell, assuming the Justice Department can locate a cell big enough for these two outsize egos. It would be an unusual place to launch the Republicans’ 2024 presidential bid. 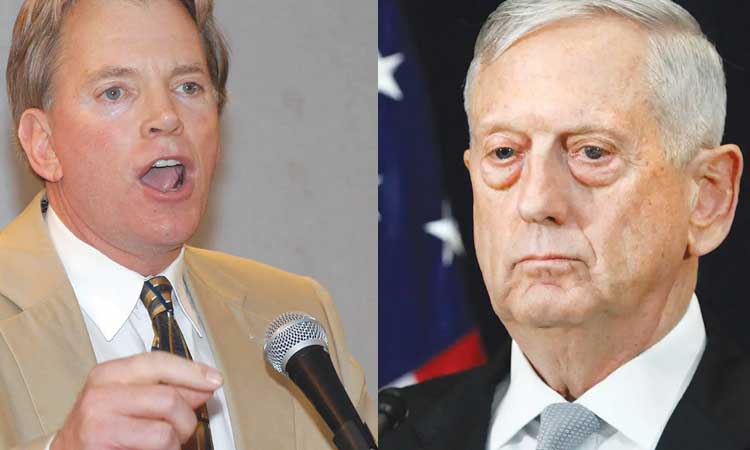 In today’s GOP, only litmus test is loyalty to Trump

In the pre-Trumpian era, Reps. Marjorie Taylor Greene, Lauren Boebert and Paul Gosar would have been treated as right-wing curiosities, fringe figures outside the mainstream of the Republican Party. Few in the political world would have taken them