Climate crisis: Delay has become a new form of denial 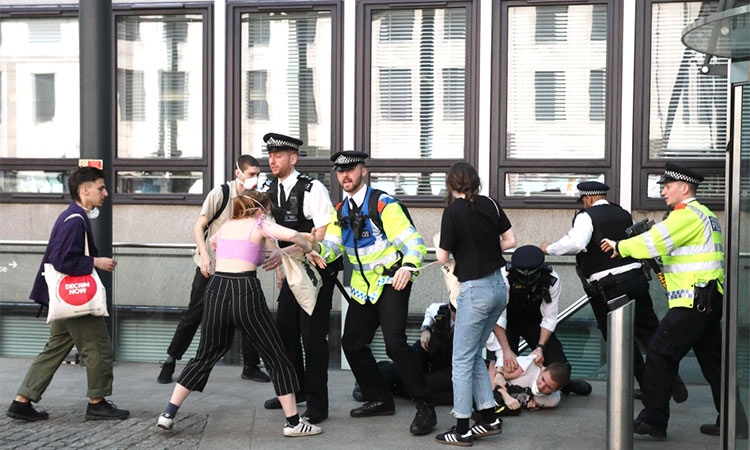 Climate activists scuffle with policemen during a rally. (File)

Whether it’s the apocalyptic wildfires that once again ravaged California and the West this summer, a heat dome over the Pacific Northwest that made parts of Canada feel like Phoenix on the Fourth of July or the devastating floods in my state of Pennsylvania after Hurricane Ida dumped months’ worth of rainfall in a few hours, it is clear that dangerous climate change is upon us.

One can no longer credibly deny that climate change is real, human-caused, and a threat to our civilisation. That means that the forces of inaction — the fossil fuel interests and the front groups, organisations and mouthpieces-for-hire they fund — have been forced to turn to other tactics in their effort to keep us dependent on fossil fuels. These tactics include deflection (focusing attention entirely on individual behavioral change so as to steer the societal discourse away from a discussion of the needed policies and systematic changes), division (getting climate advocates fighting with each rather than speaking with a united voice), and the promotion of doomism (convincing some climate advocates that it’s too late to do anything anyway).

But the D-word du jour is delay. And we’ve become all too familiar with the lexicon employed in its service: “adaptation,” “resilience,” “geoengineering” and “carbon capture.” These words offer the soothing promise of action, but all fail to address the scale of the problem.

Adaptation and resilience are important. We must cope with the detrimental effects of climate change that are already baked in — coastal inundation and worse droughts, floods and other dangerous weather events. But if we fail to substantially reduce carbon emissions and stem the warming of the planet, we will exceed our collective adaptive capacity as a civilization.

When fossil fuel-friendly Republican Sen. Marco Rubio tells Floridians that they must simply “adapt” to sea level rise (how? By growing fins and gills?), he’s trying to sound as if he’s got a meaningful solution when, in fact, he’s offering only empty rhetoric and a license for polluters to continue with business as usual. It’s a delay tactic.

What about geoengineering? Should we engage in an enormous, unprecedented and uncontrolled experiment to further intervene with our planetary environment by, for example, shooting sulfur particulates into the stratosphere to block out the sun in hopes of somehow offsetting the warming effect of increasing carbon pollution?

The law of unintended consequences almost certainly ensures that we will spoil the planet even more. The idea of geoengineering also grants licence for continued carbon pollution. There’s a reason Rex Tillerson, former ExxonMobil CEO and Donald Trump’s secretary of state, has dismissed the climate crisis as simply an “engineering problem.” And what about “carbon capture” and the promise of “net zero” emissions by mid-century? Reaching zero emissions by 2050 will indeed be necessary to avert catastrophic planetary warming of more than 1.5 degrees Celsius. But it is hardly sufficient. We must also cut emissions in half by 2030 to hold warming below the danger limit of 1.5 degrees Celsius. Merely committing to the former, but not the latter, is like making a New Year’s resolution to lose 15 pounds without any plan to alter your diet and exercise regimen in the months ahead.

Furthermore, understand that the “net” in “net zero” is doing quite a bit of work, for implicit in the word is the notion that we can continue to burn fossil fuels if we can find a way to remove them just as quickly. To quote Will Smith’s Genie in the movie “Aladdin,” there’s “a lot of gray area” in that word. It allows politicians to make vague promises of technological innovation. Yet there is no precedent for deploying such technology on such a massive scale. 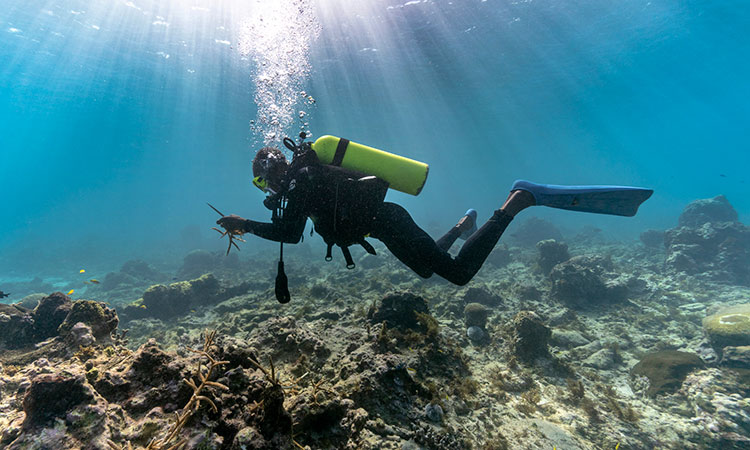 The small island nation of Jamaica, like many others in the Caribbean, is battered regularly by tropical storms that are getting fiercer as the ocean warms, threatening to wreck homes, energy grids, hospitals, roads and ports. Weather-driven