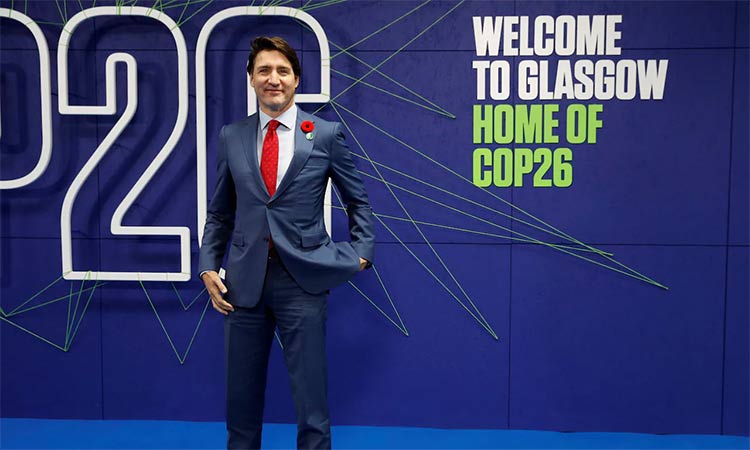 There are just some things we do well in Britain (tea, apologising, standing in a queue, leaving passive-aggressive notes on cars when someone blocks us in) and some things we don’t — and thanks to Cop26, the whole world can now see one of things we fail at fairly consistently: and that’s travel.

I almost smiled when I read about the hassle to passengers trying to reach Glasgow for the climate summit – major delays, cancelled trips and huge queues between London Euston and Glasgow, due to inclement weather — not because I’m a sadist (my sympathies do, genuinely, go out to anyone experiencing the bitter hell of standing fruitlessly at a train station for hours on Halloween) but because it’s just so... typical.

It’s a Fawlty Towers-esque start to a hotly-anticipated fortnight, at a time when (just like a big party or a wedding) you just want everything to go smoothly — not least because, in this case, the eyes of the entire planet are watching.

It’s Cop26: it begins today properly in Glasgow, and will centre on calls for urgent action to limit dangerous temperature rises to 1.5C – Boris Johnson will tell the world that humanity has “long since run down the clock on climate change” and must act now to tackle the crisis, with the planet now at “one minute to midnight” — if anyone can actually get there, given that “residual delays” are set to continue into today.

A gaggle of world leaders (Johnson, Biden, Macron, Trudeau, Merkel, Morrison, Modi and more) will be in attendance, not to mention Sir David Attenborough and Greta Thunberg (though she says she wasn’t “officially” invited), plus Prince Charles — and yet many were, yesterday, sitting static on the floor of the 11am from London to Edinburgh, the route to the toilets blocked by a sea of other people all huffing and looking pointlessly at their watches, while they waited for hours and hours for a tree to be moved from the tracks. You couldn’t make it up.

It’s also the ultimate irony, isn’t it, that at crisis talks to talk about the climate crisis, it was the climate that contributed to the delays.

It feels achingly prescient — would almost laughable, if it wasn’t so serious — that “inclement weather” can be to blame for blocking Avanti’s west coast line, because of a tree falling on power lines (the company advised customers not to travel); that the same strong winds and rain were responsible for damage to Network Rail’s power lines near Long Buckby, about halfway between Northampton and Rugby; and dozens of people found themselves stuck en route at Milton Keynes, attempting to find ways around the blockage (official advice from train companies, helpfully, was “to go home and try again tomorrow”).

Cop26 is opening to great, rain-drenched fanfare after a week in which the UK has been absolutely battered by heavy rain and winds; days after downpours blocked other railway lines in northern England and Scotland — in a country in which, in some areas, officials were forced to recommend people flee their homes due to rising river levels; and where weather warnings remain in place across Scotland and Cumbria.

It’s as if Mother Nature is sitting back and saying, right: let’s put on a show; let’s do opening night in style, let’s give them a taste of what we’re talking about so they realise that a “minor inconvenience” like Britain’s public transport system going up the creek is just a small taster of what is really up the creek; what is more than up the creek, which is the planet — and we are up the creek with it, and the paddles that could save us have all but melted away.