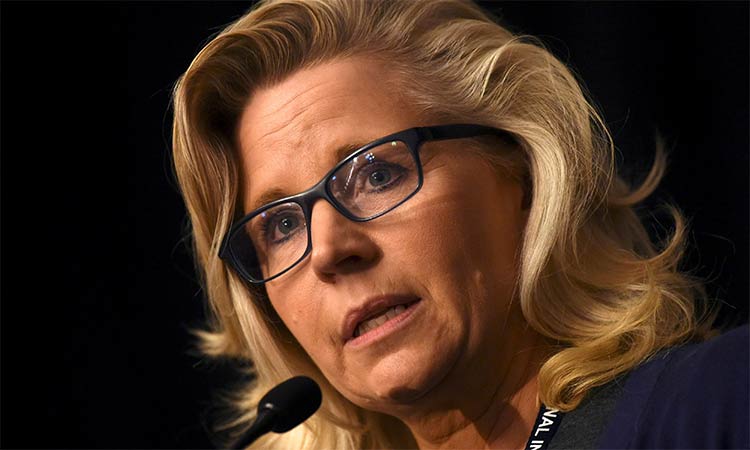 Country over party. With unflinching firmness, Rep. Liz Cheney of Wyoming has chosen to take her stand for democracy and the Constitution over the cult of Donald Trump that is now the Republican Party.

For that, Americans owe her big time: As vice chair of the special House committee investigating the Jan. 6 insurrectionist sacking of the Capitol, Cheney showed again this week that she is giving that essential investigation a bipartisan credibility it wouldn’t otherwise have. Republican leaders have refused to participate.

Addressing her fellow Republicans on Tuesday night, she said: “Almost every one of my colleagues knows in your hearts that what happened on Jan. 6 was profoundly wrong. You all know that there is no evidence of widespread election fraud sufficient to have changed the results of the election. You all know that the Dominion voting machines were not corrupted by a foreign power. You know these claims are false. Yet former President Trump repeats them almost daily, and he has now urged Republicans not to vote in 2022 and 2024. This is a prescription for national self-destruction.”

With the weight of her words in the room, the committee voted unanimously to hold Trump stooge Stephen K. Bannon in criminal contempt for refusing to comply with its subpoena. (The House approved the contempt citation Thursday by a mostly party-line vote, sending it to the Justice Department for action.)

Characteristically direct, Cheney said that Trump’s and Bannon’s refusals to cooperate “suggest that President Trump was personally involved in the planning and execution of Jan. 6.” She added: “This committee will get to the bottom of that.” Coming from a Republican like Cheney rather than one of the seven Democrats on the committee, such statements undermine the Trumpist blather from the likes of House Minority Whip Steve Scalise of Louisiana, who dismissed the committee’s contempt vote as a continuation of Democrats’ “witch hunts,” predictably echoing Trump himself.

As for the former president, he issued a statement Wednesday, saying of Cheney, “To look at her is to despise her.” (With him, it’s always about a woman’s looks.)

The committee’s other Republican, Rep. Adam Kinzinger of Illinois, likewise adds bipartisan potency to the committee, especially in contrast to the Trump lackeys whom House Minority Leader Kevin McCarthy of Bakersfield tried to seat, to set the panel up for failure; Speaker Nancy Pelosi justifiably vetoed two of his five choices, and McCarthy withdrew all Republican support from the fact-finding effort.

Kinzinger, an Air Force veteran who served in Iraq and Afghanistan, and Cheney each defied McCarthy to accept Pelosi’s invitation to serve — and this work is indeed a public service. Yet it is Cheney who brought a wow factor to the panel. The Democrats made her vice chairman.

She is Republican royalty — or was, before Trump’s takeover of the party — as the daughter of former Vice President Dick Cheney and conservative scholar Lynne Cheney. She was elected in 2016 to represent all of Wyoming, as her father did for a decade, and by her second term was likewise picked by colleagues to be their third-ranking leader, chair of the House Republican Conference. She was on the ladder to perhaps become the first female Republican speaker.

But in May her colleagues, with McCarthy’s help, knocked her off, stripping her of her leadership post for standing up to Trump over his incitement of the insurrection. It was as if the Republicans were yet again following Trump’s orders. On Jan. 6, he bellowed to supporters before their march on Congress, “We got to get rid of the weak congresspeople, the ones that aren’t any good, the Liz Cheneys of the world.”

Cheney learned of Trump’s threat that day from her father, who was watching on television and called her in the Republicans’ House cloakroom. She had been urging Republicans to vote to certify Joe Biden’s victory. Soon insurrectionists were at the House door; she heard a shot. During the mayhem, Cheney at one point called Fox News, where she had briefly worked as a pundit.president.” 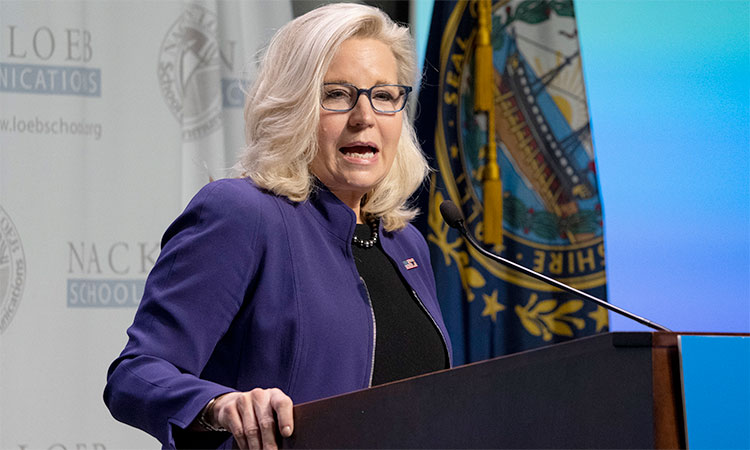 In the past week, Republican Rep. Paul Gosar tweeted a video showing a character with his face killing a figure with Rep. Alexandria Ocasio-Cortez’s face. Several of the 13 House Republicans who backed a bipartisan infrastructure bill said they