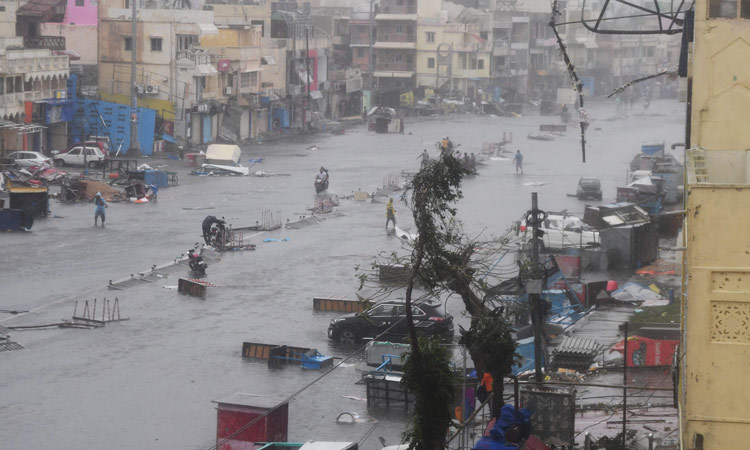 A study by researchers at the Department of Geography at the University of Georgia in the United States has said that tropical storms, in the last 21 years, have had an overall positive impact on the ability of mangroves in India to fix carbon dioxide.

The study has explored how storms have impacted the ability of mangroves to fix carbon dioxide. It theorizes that cyclones may be having a net positive effect on mangrove carbon assimilation by supplying freshwater and more nutrients, a report by Mongabay-India explains. The authors underscore the need for long-term data on mangroves to better understand the carbon dynamics. They suggest the setting up of India-wide mangrove forest research and education field stations and improving collaborations with national and local laboratory facilities. In disaster-prone regions, mangrove plantations need to be in tandem with changes in the environment following cyclones and storms.

Researchers looked at how mangrove productivity or carbon assimilation (indicated by Gross Primary Productivity or GPP) had changed over 21 years and if tropical cyclone frequency or intensity played a role in this trend. The driving motivation was to explore the resilience of mangroves in India by looking at how storms have impacted GPP in the past. They examined satellite-datasets of GPP for seven mangrove sites along the east and west coasts of India, from January 2000 to July 2020, finding that there is a net increase in GPP for all mangrove sites, and especially for the east coast mangroves which are more frequently hit by cyclones compared to the west coast.

The study points out that India possesses about three per cent of the world’s mangrove forests which are shaped by disturbances such as sea-level rise, coastal developments, and frequent tropical cyclones that impact the coasts annually. These forests are distributed all along the west and east coast of the country, and along the low energy tidal fringes, estuaries, and lagoons of the Andaman and Nicobar Islands. The mangrove area extent, species diversity, and land use dynamics vary along the west and east coast. Along the east, the mighty Sundarbans in West Bengal form the largest mangrove extent in the country followed by the island mangroves of the Andaman and Nicobar islands.

The seven mangrove sites from the east to the west coast explored in the study are: the Sundarbans in the Bay of Bengal; the Bhitarkanika mangroves and Mahanadi delta mangroves in Odisha that saw the 1999 super cyclone and subsequent events such as cyclones Fani and Yaas; Pichavaram mangroves in Tamil Nadu flanked by Vellar and Coleroon estuaries of the Cauvery delta which lessened damaging impacts on neighbouring villages from the 2004 tsunami; urban mangroves patches of Mumbai (Gorai) and surrounding rural coastal belts in Maharashtra (Uran); and the bird haven of Chorao in Goa.

Researchers suggest four key activities necessary to manage these forests: (i) developing mangrove forest research and education field stations across the country; (ii) increasing collaborations with national and local laboratory facilities and investing in laboratory capacity to conduct mangrove vegetation studies in the field; (iii) training interested local communities in conducting research through accredited certification programs and appropriate compensation; and (iv) expanding open-source data sharing of mangrove research, deploying autonomous instruments and tools, and building research networks to collect and analyze mangrove data and focusing research surveys on mangrove vegetation in areas and at times where it is absent and where autonomous instruments cannot operate.

A combined effort across regional and local scales with local community stakeholders would provide the opportunity to integrate the generated data into novel models that consider both mangrove vegetation plot data in their biological and physical environment with global research efforts, enabling a holistic approach to ecosystem change research.