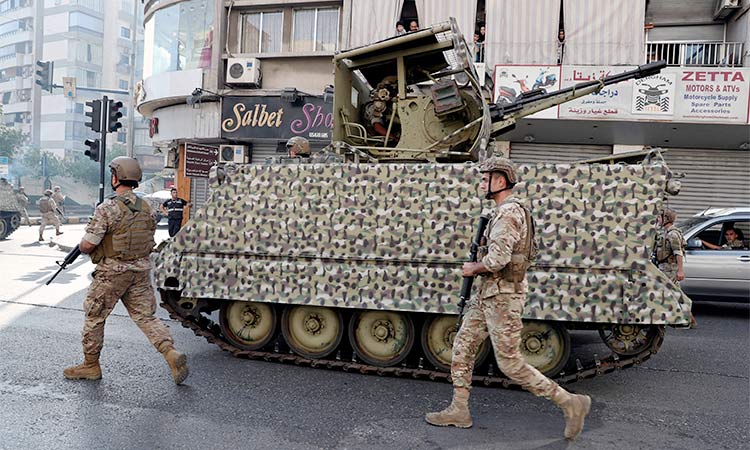 Sunday, April 13th, 1975, was a fateful day for Lebanon. I remember it well. My husband, 5-year old daughter, and I were returning home from a lunch party at the home of a friend at the ancient seaside village of Tabarja when we encountered checkpoints along the road. We switched on the radio and learned that Maronite Christian Phalangist gunmen had shot up a bus filled with Palestinian civilians, killing 27 and wounding 19, in mistaken retaliation for an attack which slew four outside a church in the Ain al-Rumanneh district. The attack had, in fact, been mounted by the largely Greek Orthodox Christian Syrian Social National Party.

Sunk in gloom, we drove through darkening Beirut and swept up the empty Damascus highway to the town of Aley where we turned south towards Chemlan, the village where we had built the handsome house we expected to be our home for good. The bus massacre marked the formal launch of Lebanon’s second civil war which killed more than 100,000. Fifteen months later the conflict drove us to seek refuge in Cyprus which had already received thousands of Lebanese. Most Lebanese fanned out across the world, we stayed on. In recent months, Lebanese have been coming back, escaping economic melt-down, shortages of essential goods and medical supplies, power outages, and rising insecurity.

Lebanese and foreign survivors of the 15-year civil war and their progeny remain gripped by the psychological sensitivities caused by the 1975 events at Ain al-Rummaneh and have, consequently, been deeply disturbed by last Thursday’s attack on Shia Hizbullah and Amal protesters at the Justice Ministry, located in that district. Once again it has been blamed on Maronite Christian gunmen, this time from the Lebanese Forces militia.

The trigger for the second Ain al-Rummaneh massacre of seven and wounding of 32 is the determination of Judge Tarek Bitar to call two senior Shia Amal movement figures for interrogation over the August 4th, 2020, explosion of 7,500 tonnes of unsafely stored ammonium nitrate at Beirut port.

Both ex-ministers Ali Hassan Khalil (finance) and Ghazi Zaiter (public works) are accused of negligence. They deny the charge and contend that Judge Bitar is biased. Amal’s ally Hizbollah backs them up.

Their denial is refuted by a detailed Human Rights Watch report released on August 3rd, ahead of the first anniversary of the explosion. The report reveals that they and others were repeatedly warned of the danger posed by the ammonium nitrate after it was off-loaded from a unseaworthy ship in 2014 and deposited in a crumbing warehouse alongside paint and fireworks.

Urgent warnings were sent to Prime Minister Hassan Diab and President Michel Aoun in early 2020 as well as in June and July. Nothing was done.

While no leading Hizbollah figure has been summoned by the judge so far, two Sunnis, former Prime Minister Hassan Diab and ex-Interior Minister Nouhad Mashnouk, and one Maronite, ex-public works minister Youssef Fenianos, have been called for interrogation. All have refused to attend.

Judge Bitar’s predecessor military Judge Fadi Sawan — who was forced to step down in February after he was accused of bias because his home was damaged in the port blast — interrogated and jailed more than 20 port officials and administrators, most of whom have been released. He also summoned Diab, Fenianos, and Zaiter, who ignored his summons.

Bitar, 47, who heads Beirut’s Criminal Court, is determined to hold accountable influential political figures who could be charged and sent to trial. According to Naharnet.com, he is a “young and discreet judge (who) is, arguably, the most exposed man in the country.” He is both “conscientious and bold,” Yousef Lahoud, a lawyer representing victims’ families, told Naharnet.

He does not speak to the press, appear in public, or attend society dinner parties over concern his integrity could be compromised.

Naharnet also says his supporters argue that he has no overt political affiliation and he “has managed to position himself outside a political system of patronage under which parties bank on sectarian allegiance to get their way.” Having crossed “red lines” by summoning senior figures, Bitar has upheld his reputation as an independent judge but risked his life. It is reported that three persons involved in the port probe have died under mysterious circumstances.

Both Lebanon’s High Court and the Court of Cassation have rejected legal cases intended to end Bitar’s leadership of the investigation, leaving petitioners with the sole option of using the political leverage of their political parties to secure his dismissal.

Hizbollah and Amal have warned that they would withdraw their ministers from the recently formed government under Najib Mikati if Bitar continues with the probe. However, this would finish off the fiction that this government is comprised of apolitical, “independent” technocrats who are prepared to implement reforms which will unlock $21 billion in international funds to rescue Lebanon from economic collapse.

Lebanon’s politicians have been placed in a lose-lose situation by Bitar. On one hand, if Bitar continues his mission, some of their number are certain to be held accountable for the port explosion and may have to face the charge of homicidal negligence. Furthermore, the success of the probe could prompt investigations of mismanagement and corruption which could lead to the indictment of powerful members of the political class who have enriched themselves while in office.

On the other hand, Bitar’s removal could mean that Paris-based donors and the International Monetary Fund would continue to block the financial aid Beirut urgently needs to prevent total economic collapse to the point that Lebanon becomes a failed state. So far, the political elite has done little or nothing to halt the country’s downward slide, preferring to preserve the power and perks enjoyed by entrenched parties and individuals over the survival of a once prosperous country and capital city, formerly dubbed the “Paris of the Middle East.” Instead of tackling Lebanon’s political, economic and social ills, they have allowed the value of the Lebanese Lira to plunge by 90 per cent, inflation to rise to 85 per cent, and 82 per cent of Lebanese to slip into poverty and despair. 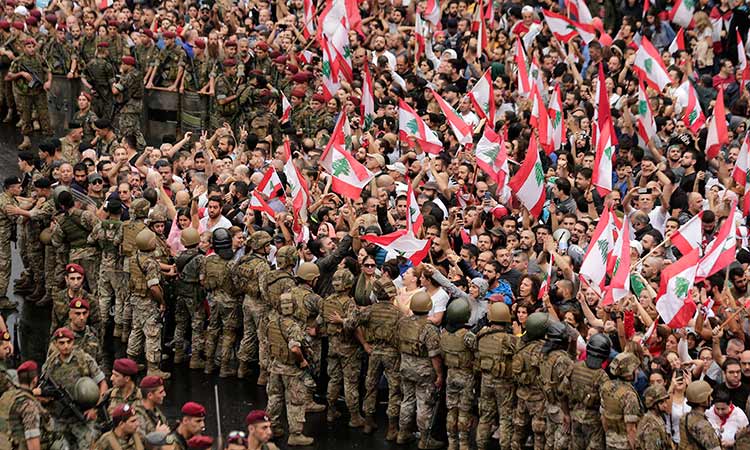 Lebanon’s condition seems to be going from bad to worse. The predicament seem to be throwing the Lebanese nationals back into the Dark Ages, literally. 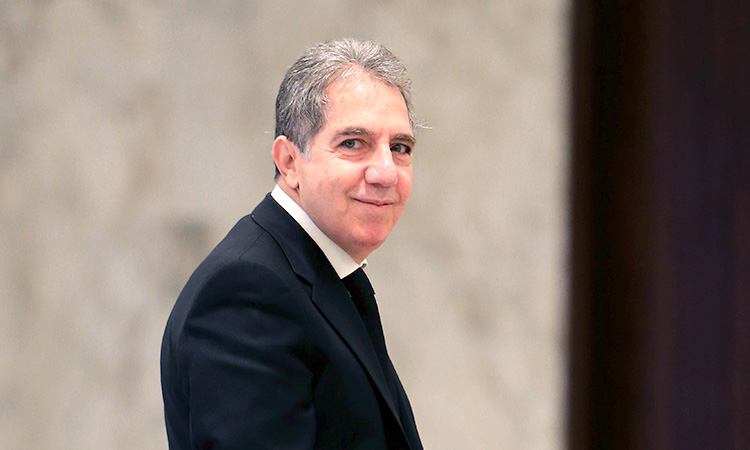