Energy crisis follows Johnson though he is on holiday - GulfToday 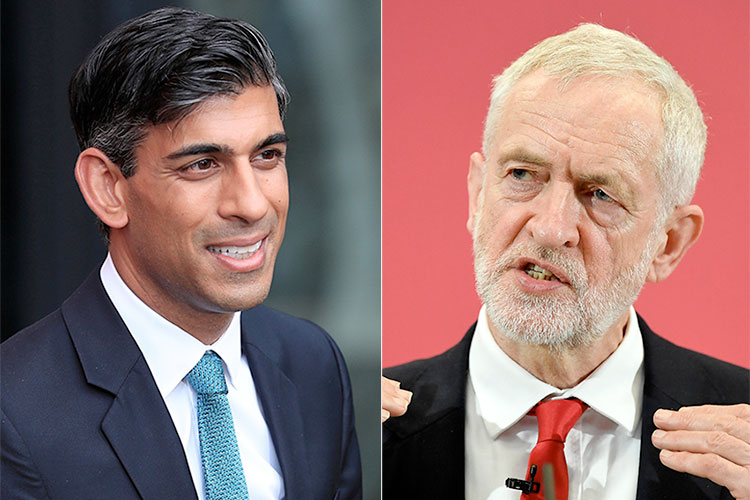 Yet there is one thing on which Johnson is very unlucky: his holidays. Last summer, his break in Scotland was cut short when his location was revealed by a newspaper. In August, his break in Devon ended after one day thanks to the Taliban takeover in Afghanistan; Johnson, unlike his then foreign secretary Dominic Raab, rushed back to London.

Johnson had pencilled in his family’s first foreign trip since the pandemic for this week, as the Commons is still in recess after the party conference season. Yet his visit to Marbella — reportedly staying at the villa of Zac Goldsmith, the environment minister and FOC (friend of Carrie) — has again proved that there is never a good time for the prime minister to be on hols. Energy-intensive industries, some hit by a 600 per cent rise in the price of gas, are warning it is only a matter of days before some plants stop production. To compound Johnson’s headache, his cabinet ministers are fighting like cats in a sack while the top dog is away.

Kwasi Kwarteng, the business secretary, suffered a remarkable slapdown from the Treasury after saying on the Sunday TV politics shows that Rishi Sunak was involved in talks aimed at helping companies that had been hit by soaring energy bills. A Treasury source denied this, rubbing salt in Kwarteng’s wounds by claiming that this was not the first time he had “made things up in interviews”. Ouch. Today, Whitehall is trying to cool tempers, with the Treasury saying it will consider any proposals Kwarteng puts forward, but the damage had already been done on this morning’s front pages.

The chancellor is counting the pennies ahead of his Budget and government-wide spending review on 27 October, and so does not want to copy the EU countries subsidising the energy costs of businesses. Some companies want a price cap for industry, similar to the one that is insulating domestic consumers against the wholesale gas price hike —  at least until the cap goes up again next April, when ministers fear it could rise by more than £400. A cap for business could cost billions, would be complicated, and is unlikely to happen. However, the official line — that it is up to the private sector to handle market problems — might not hold if factories are mothballed, putting thousands of jobs at risk, since some might never reopen. Several of the companies are in the red-wall seats in the north and Midlands that were captured by the Tories in 2019, and so the political pressure for the government to “do something” will grow. Letting firms go under would make a nonsense of Johnson’s “levelling up” agenda. An extension of existing schemes to help heavy users of energy — perhaps with transmission costs — could be on the cards. The cabinet in-fighting is a bad look. “What we don’t want are political spats that delay (a decision),” Steve Elliott, chief executive of the Chemical Industries Association, told the BBC.

Nor is the timing of Johnson’s break as good as he had hoped. Gareth Stace, director-general of UK Steel, told radio station LBC: “Now is not the time for a prime minister to be on holiday.” Labour, which hasn’t yet landed many blows on ministers over supply-chain and energy price problems, said “The government has put its out-of-office on.” Personally, I don’t begrudge Johnson his break. He has looked exhausted for months, and he will make better decisions if he is not.In any case, he might not get much time to switch off in Marbella. Long gone are the days when a prime minister left someone else in charge. Johnson is in contact with ministers on WhatsApp.