Does ‘Shang-Chi and the Legend of the Ten Rings’ justify the hype? - GulfToday

Does ‘Shang-Chi and the Legend of the Ten Rings’ justify the hype? 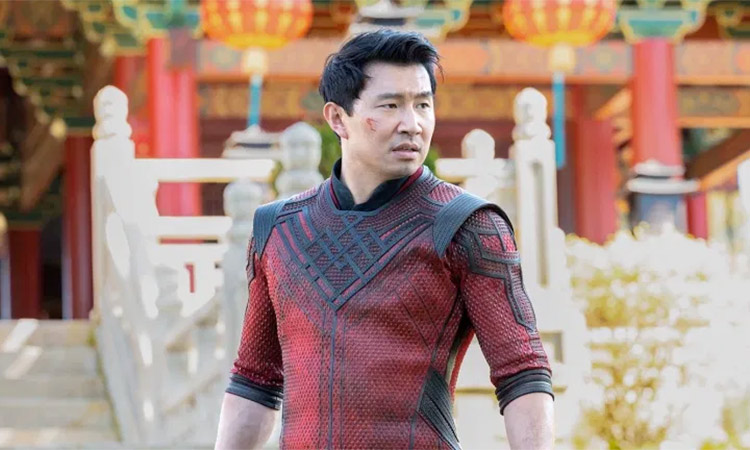 Another day, another superhero movie. Marvel’s “Shang-Chi and the Legend of the Ten Rings” is the second film in the Marvel Cinematic Universe’s highly anticipated Phase Four. Shang-Chi is Marvel’s first Asian and kung fu superhero. To be honest, I wasn’t overly excited for this release, as is the case when a new superhero is introduced. But because it was Marvel, I couldn’t not go to see the movie (imagine the horror!). If I say I was blown away by how good it was, that would be an understatement.

Before we meet Shang-Chi, the movie introduces us to the other main character of the film: The Rings. These mystical rings are weapons that grant their user immortality and enhanced strength. For a thousand years, they have been in the possession of Xu Wenwu (Tony Leung), who created the mysterious Ten Rings Organisation to topple kingdoms and governments. Recently finding out about Ta Lo, a village said to harbour beasts, he travels there to expand his powers but is stopped at the gate by its protector, Ying Li.

Their first meeting is quite unique. They end up throwing punches (figuratively) but their fight sequence looked more like an elegant dance. Long story short, Wenwu and Li fall in love and get married. Wenwu gives up on the Ten Rings in exchange for marital bliss and fatherhood.

Moving on to the present day, we meet Shang-chi, who now goes by Shaun. Played by Simu Liu, Shaun come off as extremely likeable; he is a friend everyone would love to have. Along with his bff Katy (Awkwafina), the two work as valet in San Francisco. Katy is unaware of who Shaun really is.

The first time we see Shang-Chi in action is on a bus when a bunch of thugs attempt to steal the pendant he wears around his neck. Shang-Chi unleashes fists of fury in an attempt to take the goons down and protect the pendant and the other passengers on the city bus. As he fights (really well, if I may add), Katy manoeuvres the bus through the hilly streets of San Francisco, bulldozing many a car along the way. At one point, as the bus rolled over a shiny BMW i8, my husband physically flinched in his seat (men and their eternal love for cars).

Eventually Shang-Chi had to reveal his secret past and hidden superpowers to Katy. Throughout his childhood, he had been given intense martial arts training and was taught every possible way to kill a man. However, when he was 14 years old, he decided to ditch his father’s wicked ways and fled to the US to live a normal life. But, as Shang-Chi soon realised, you can run but you can’t hide: He now has to face a villainous dad, mystical family legacies and his own dark secrets marred by trauma and loss.

Surrounding Liu is a top-notch supporting cast: Awkwafina, Michelle Yeoh, Fala Chen, Tony Leung, Meng’er Zhang and Ronny Chieng. Awkwafina has outshone all her other roles with this one. She is funny, sarcastic and doesn’t shy away from sharing her opinion. She contributes a lot to the film as Shang-Chi’s bff and wingwoman and whenever the two share the screen, it is pure magic.

What I absolutely loved about this movie is all the women in focus. At first it was Ying Li, who ‘conquered’ Wenwu at the gates of Ta Lo. Then, it’s Katy, who is fearless and a total baddy; Shang-Chi’s estranged sister Xu Xialing, played by newcomer Meng’er Zhang; and finally Ying Nan, Shang-Chi and Xu Xialing’s aunt, who prepares them for the ultimate battle.

“Shang-Chi and the Legend of the Ten Rings” has provided us with the perfect blend of escapism, humour and action. It is a story about parental expectations, the ties of siblings and how there’s always an internal battle in all of us to choose between good and evil. With an all Asian cast, this movie is a celebration of Asian culture as well, making it a huge win for Marvel.
Photo: TNS