Democratic California Governor Gavin Newsom is facing a recall election next Tuesday. Thanks to the recall’s poorly conceived rules, a Republican could easily win the seat despite the fact that California is overwhelmingly Democratic.

Even though a Republican could still win, though, former President Donald Trump is already working to cast doubt on the results. On a Newsmax call a week before the election, Trump — as usual — spewed lies and conspiracy theories without any evidence. “It’s probably rigged,” he fulminated. “They’re sending out all ballots, the ballots are mail-in ballots; in fact, I guess you even have a case where you can make your own ballot. When that happens no one is going to win except these Democrats.”

It seems counterproductive to delegitimize an election you might win. If nothing else, telling your own voters that the election is invalid may lead them not to bother to vote. That’s a major tactical error in a recall election where voter turnout is likely to be low, and outcomes will depend on which side does better in turning out its base. If Trump actually wants to win the election, he should wait to lie until he’s sure his side has lost, rather than lying preemptively.

Trump has been consistent in his efforts to cast doubt on election results. Before the 2016 presidential contest, he claimed with no evidence that Democrats had “rigged” the results. Even after he won the election, Trump continued to cast doubts on the process, insisting, again falsely and with no evidence, that millions of immigrants voted illegally for his Democratic opponent. In 2018, once again he claimed close state races in Arizona, Georgia and Florida were rigged. And of course in 2020, when he lost the presidential election, he lied for months that he had actually been the victor, helping to fuel a violent insurrection attempt by his supporters.

Trump, in short, says elections are rigged when he loses and when he wins. He says they are rigged before the elections occur and after they are over. Sometimes he takes a break from attacking American elections to praise authoritarian leaders like Vladimir Putin for having “very strong control over his country.” For Trump, democracy is corrupt and untrustworthy. Authoritarianism is strong, vital and inspiring.

Some critics have said that Trump’s efforts to undermine democracy are un-American. The scariest part about Trump, though, is that his hatred of democracy resonates with very powerful American traditions. The United States has, historically, been at least as focused on preventing people from voting as on counting their ballots.

The United States Constitution specifically disenfranchised enslaved people, and for years after it was instituted state, local and federal government put up barriers to prevent Black people, Native Americans, women, people without property, and non-citizens from voting. Some of those barriers remain today. A 2018 study found that many white people cease to support democracy when they think Black people or immigrants may benefit.

And Republicans regularly insist that we’d be better off if certain people didn’t vote at all. Kevin Williamson at National Review, for example, asked rhetorically, “Why shouldn’t we believe… that the republic would be better served by having fewer — but better — voters?” Mississippi’s chief election official suggested that it would be beneficial to prevent voting by the “uninformed.” Given the history of poll taxes and poll tests, and Republican efforts to disenfranchise Black voters, it’s not hard to figure out who Republicans think are better, and who they think are uninformed. They think wealthy white people should vote, and non-white, less affluent people shouldn’t.

When Trump says that elections are “rigged”, then, what he means is that it’s corrupt and unethical to allow certain people — people of colour, poor people, Democrats — to vote. Free and fair elections are those in which only the right people — Trump supporters — have a voice. The franchise is at odds with a white nationalist vision in which the authoritarian leader is the only source of legitimacy.

In the short term, though, uncompromising ideological opposition to democracy can trip the GOP up. Trump’s relentless anti-election messaging probably harmed Senate candidates in Georgia, and helped the Democrats take control of Congress.

But in the long term, there is a huge danger in having one of the two major parties turn away from America’s democratic traditions and wholeheartedly embrace its anti-democratic ones. A country in which only one party believes in democracy is a country constantly one ballot away from never having ballots again. Trump doesn’t attack elections because he wants to win elections. He attacks elections because he wants to end them. 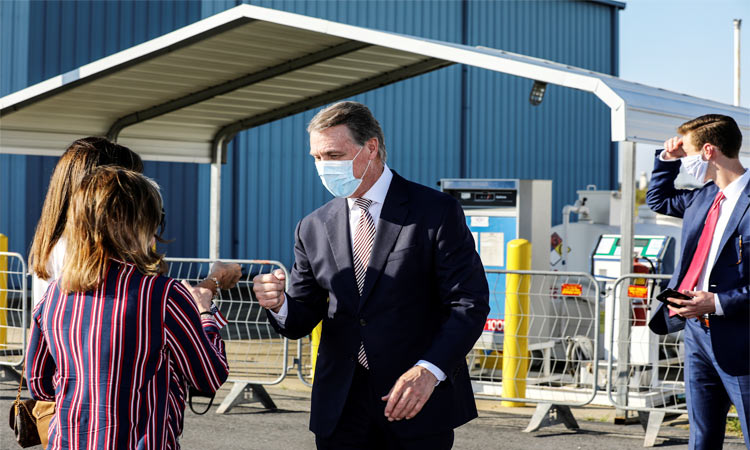