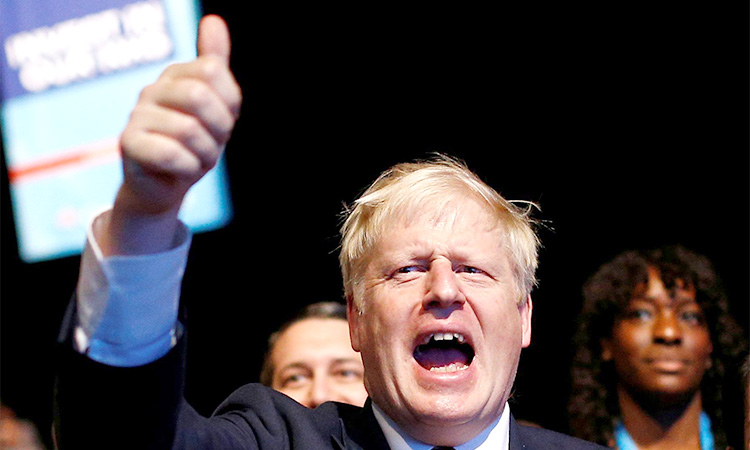 Maybe this is a good moment to remind ourselves about some things that the Conservatives said in their 2019 election manifesto. This first one has become especially familiar in recent days: “We promise not to raise the rates of income tax, National Insurance or VAT. This is a tax guarantee that will protect the incomes of hard-working families across the next Parliament.”

Another pertinent passage is less often quoted, being the important supplement to Boris Johnson’s pledge two years ago in Downing Street to fix the system of social care for good. The manifesto wording is thus worth recalling:

“Because this is a long-term problem that will affect so many people, any solution has to be able to survive long-term. We must build the same level of consensus on social care as we have already built on the NHS.

“So we will build a cross-party consensus to bring forward an answer that solves the problem, commands the widest possible support, and stands the test of time. That consensus will consider a range of options but one condition we do make is that nobody needing care should be forced to sell their home to pay for it.”

As things stand, Johnson is set to inflict multiple fractures on both of those sets of promises, and his own already-frayed repetition for political consistency. So far from the cross-party consensus on social care the Conservatives proposed, Johnson hasn’t even got a consensus within his own party.

Where should the cap on social care costs paid by the “beneficiary” be set? Is national insurance, not paid after pension age, as fair as raising income tax, say, or inventing a new social care “premium” tax? What will be the impact on so-called intergenerational fairness? How about a tax on estates after death?  What about the one-third of care that is provided to people of working age, with disabilities? Is it right that younger, poorly paid northerners subsidise wealthy property-rich southerners worried about (not) inheriting the full value of the family home? Is it really fair that the richest and their relatives get to keep vast windfall gains on the value of their house?

Politics at the moment feels like walking in on a seminar at the Institute for Fiscal Studies, but the fact is that, unless we are to allow the old and vulnerable to be turned over to the charities, something has to be done to fund social care – someone has to pay for it. If we could accept that we’d be getting somewhere.

Yet every time a leader comes up with an answer to why they can’t implement it, their enemies (internal and external) can’t resist the temptation to make capital out of peoples’ fear. When Gordon Brown, on the sensible basis that “you can’t take it with you”, said in 2010 that we should pay for our care out of our estates after we’ve gone he was vilified for the “death tax” and lost the election.

Ten years ago David Cameron commissioned Andrew Dilnot to come up with some compromises, and then ignored the recommendations because of the dodgy political implications. Theresa May’s perfectly reasonable cap on social care costs in the 2017 election was immediately reviled as a “dementia tax”. The Liberal Democrats and Ed Miliband proposed a “mansion tax”, but it was they who paid a political price for it.

Britain has pretended that we can have Scandinavian levels of public services and American levels of tax for far too long. In other words, we cannot have a situation, as the Tory manifesto so disingenuously implies, where social care can be provided at zero cost to the individual and with no increase in taxation for the community as a whole. The old cannot be looked after at no cost to themselves or to the young. It doesn’t add up.

Choices will need to be taken, decisions made, and, in the spirit of that Tory manifesto, a cross-party consensus achieved. For what it’s worth, we could solve it all in a morning, or at least over the course of a Parliament. A sensible, economically rational government would merge income tax and national insurance, make all residential property liable for capital gains tax, and pay for the welfare state out of the general proceeds, and ration provision according to need. But that’s too much to expect, obviously.

No one can imagine that Boris Johnson, High Priest of Cakeism is the right man for this particular job of making hard choices. His aversion to reality is the main reason why it has taken so long even to get to this vague point in the process of social care reform. The 2019 manifesto made numerous mutually contradictory pledges – it was quite deliberate. He has, characteristically, kicked the can down the road for as long as he can, but with the Covid crisis at least temporarily receding, the reckoning has arrived.

We can see where it’s going. No cross-party consensus will emerge and Labour won’t commit to anything the government comes up with. The idea of relying on National Insurance alone won’t command support in the Commons, because it is too unfair. Like Brexit before it, the Commons, with shifting alliances of opposition, will go through a phase of rejecting all the available options. Eventually, something might emerge, and a tax hike will be delivered, but it won’t be enough to fix the system, and people will still have to sell their homes. The Conservatives’ reputation as tax cutters will be damaged.

But will the Tories and Johnson get away with it? Probably. His greatest strength is that, like Brexit, his opponents are divided, and don’t have a better plan, or indeed any alternative at all. All he needs to say to his critics is: “And what would you do, then?” Here comes Boris Johnson, again, with an “oven-ready” social care deal that can end the arguments once and for all.

Yes, it breaks a few promises, but we live in unprecedented times you know, and we’ll all have to make compromises, and sacrifices to look after everyone, and there’s not much choice if we want to get social care done. There’s something in that, too. Johnson will be able to spin his improvised social care deal as the only game in town, and claim to a still-receptive public that Labour would cost everyone even more. Like a magician, he will convert his political cowardice into bravery. He’s done it before, after all.

Having taken over a minority administration in July and unable to speed his EU divorce deal through parliament, Johnson is seeking a majority at the December 12 snap general election.

At night, I sometimes lie awake in bed wondering if I suddenly died at the beginning of the pandemic and I’m now living in an alternate reality. Is this my afterlife? 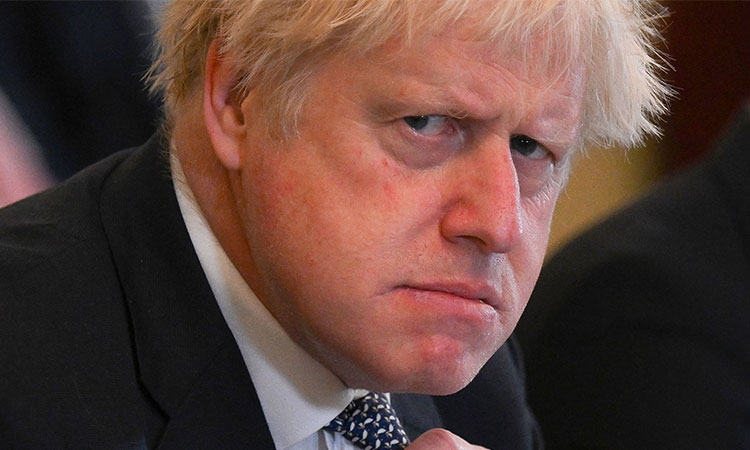 Bye bye Boris: British PM bows out with regrets but no apologies

He did not apologise for the scandals that eventually ended his premiership, from revelations of boozy partying in his office during COVID-19 lockdowns and the handling of sexual abuse complaints in the party.