Why Keir Starmer is right not to bang on about Brexit

I have seen an early draft of the leader of the opposition’s speech to his party conference. This is the paragraph that caught my eye: “Instead of talking about the things that most people care about, we talked about what we cared about most. While parents worried about childcare, getting the kids to school, balancing work and family life, we were banging on about Brexit.”

Yes, that was David Cameron’s speech to the Conservative conference in 2006 about why his party kept losing elections, only he didn’t say “Brexit”, he said “Europe”. But it is a good starting point for Keir Starmer as he writes his big speech to the Labour conference in Brighton next month.

The Labour leader is in receipt of advice from Andrew Adonis, the former cabinet minister who is now chair of the European Movement. The noble lord said this morning: “It is clearer and clearer that Brexit has to be reversed, step by step, to prevent a social and economic calamity in Britain.”

There will be many activists at Labour conference who agree with him, and think that Starmer ought to be more forceful in pointing out the disastrous effects that leaving the EU is already having. Lord Adonis went on: “Our politicians, Labour as much as Tory, are refusing to talk about the real cause of the empty supermarket shelves — Brexit. In a democracy you can’t escape from the truth for long.”

Starmer stands accused of being so embarrassed by his attempt as shadow Brexit secretary to stop Britain leaving the EU that he is muffling his criticism of Boris Johnson’s hard Brexit now that it has happened. He is, I think, right to be embarrassed. The Labour position at the last election, for which he was largely responsible, was absurd. It was that a Labour government would renegotiate the terms of our withdrawal from the EU and put the deal to the people in another referendum, in which Starmer would be urging the voters to reject the deal he had just negotiated and stay in the EU. You can see why he and his shadow ministers are cautious about suggesting they want to reopen the withdrawal agreement and the trade deal, let alone to go the whole Adonis and seek to rejoin the EU. When not even the Liberal Democrats dare to exploit the large but definitely limited minority devoted to rejoining the EU, it would take a reckless Labour leader to do so.

And you can see why Starmer is reluctant even to suggest that Brexit is the real cause of empty supermarket shelves. “We told you and we were right” is an unattractive message to people who voted Conservative last time and whose support Labour needs next time. As someone who wore a “Don’t blame me, I voted Labour” badge after the 1983 election, I can confirm that its persuasive power was less than zero.But there is a more important reason Labour should avoid blaming Brexit for shortages of everything from milkshakes to medical equipment – which is that it’s not really true.  The increased checks at the border may have had a slight effect, and it may be that Brexit has made continental lorry drivers feel less welcome here, but the shortage of lorry drivers seems to be overwhelmingly a result of the disruption of the pandemic.

Many British drivers have retired, central European ones have often decided to stay local, and staff absences have slowed the issue of HGV licences. The main non-pandemic cause, which is coincidentally unique to Britain, is a change in the tax treatment of drivers who set themselves up as limited companies, further reducing the already squeezed earnings of the job.  But the main cause is the shock of migrant workers returning home and sectors of the economy shutting down because of the pandemic. As Jonathan Portes, professor of economics at King’s College London, said: “It would frankly have been astonishing if this hadn’t resulted in major disruption to both the supply and demand of workers in the affected sectors, and hence labour shortages.”

Lorry driver shortages are a problem all over Europe and in the US. The disruption of the labour market in the US has been in some ways even greater than here because we had furlough. As Bloomberg reported drily, the pandemic has “reduced the appeal of in-person employment” in the US. 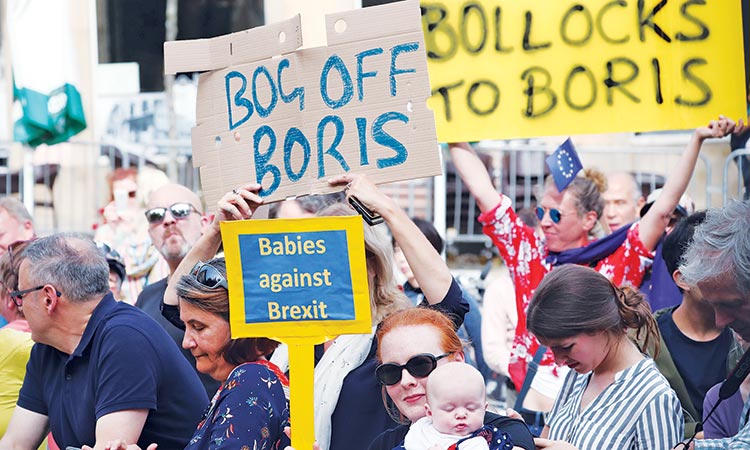 British Prime Minister Boris Johnson failed to convince EU leaders on Monday he has a serious plan for a Brexit deal, then ducked out of a planned news conference under a chorus of abuse from protesters. 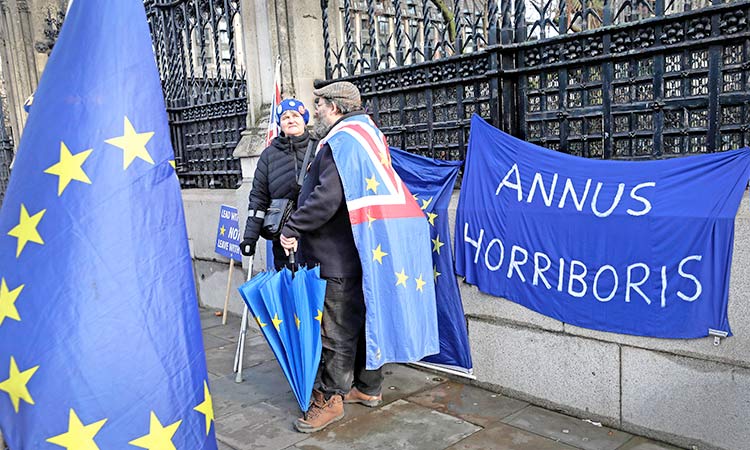