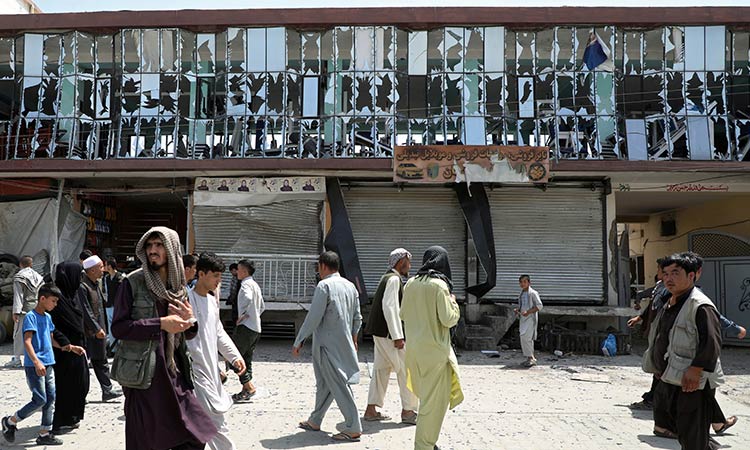 An uncertain future awaits people of Afghanistan under the Taliban.

In the next few days the US and other allied forces will have departed from Afghanistan. What will happen next is left best unsaid, but what needs to be said is how bad politics, which was at play much ahead of the agreement for withdrawal of US troops, could be responsible for the gloom that  awaits the Afghan populace (“The endless agony of long-suffering Afghans”, Aug. 22, Gulf Today).

The author of the article has accurately pinpointed the various flaws in the whole exercise and how the residents will now be at the mercy of the new leaders. Financial instability could be the last straw that will break the people’s spine.

As the narrative says, Afghanistan has depended on foreign funding and humanitarian aid to keep the country afloat for decades. But that will all change now. Between $9-10 billion in Afghan central bank deposits have been frozen in the US and the International Monetary Fund has halted a transfer of $440 million in funding. Last year Afghanistan received $4.9 billion in US aid alone. This has been cancelled by the Biden administration. So, the Taliban rulers have a tough task at hand. Illegal opium trade is unlikely to bridge the financial shortfall, created by the speedy takeover of the country. Unhealthy politics has a big role to play for the current crisis in Afghanistan. Former President Trump used Afghanistan, among other issues, to up his prospects for a second term. The new incumbent Biden could have reversed the decision. The author gives an insight into why Biden didn’t do so — brownie points.

By extending the pullout from May 2021, as promised by Trump, to August 2021, Biden has played his trump card expecting to boost his standing with US voters and the public in general.

It was never about the Afghan people. It was always about America. The picture is getting clearer now. Poor Afghani men, women and children are doomed to pay a dear price.