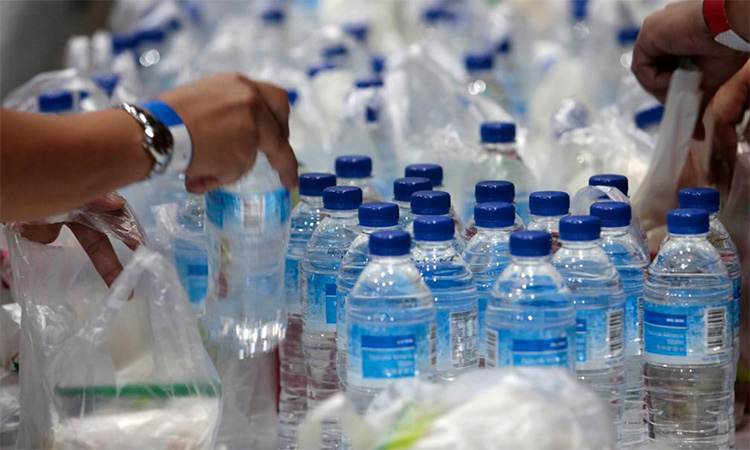 The new rules reinforce India’s efforts to phase out single-use plastic by 2022. Reuters

India’s environment ministry has recently notified new plastic waste management rules that prohibit the use of plastic sticks on balloons, candy, ear buds, flags and ice-cream from 1 July 2022. Earlier, the Central Pollution Control Board (CPCB) had said, as per a DNA India Report that the country produces over 25,000 tonnes of plastic waste every day.

The rules, reflecting India’s efforts to phase out single-use plastic by 2022, will also increase the minimum thickness of plastic bags from the current 50 microns to 75 microns by September 30 this year and to 120 microns by 31 December 2022.

As Telegraph India reports, the ministry’s notification prohibits, from 1 July next year, plates, cups, glasses, cutlery such as forks, knives, spoons, stirrers, straws, trays, wrapping or packaging films around boxes of sweets, invitation cards, cigarette packets, and banners made from plastic less than 100 microns in thickness. Non-woven plastic carry bags should not be less than 60 gram per square metre with effect from 30 September 2021, the notification said. The provisions will not apply to commodities made of compostable plastic.

Three years ago, the Central Pollution Control Board had warned that India generates around 9200 tonnes of plastic waste – carry bags, packing films, snack packets, among other items – daily, or over 3.3 million tonnes a year.

Waste management experts say the notification is in line with the goal of phasing out single-use plastics by 2022, announced by Prime Minister Narendra Modi on 15 August 2019, but remain concerned about the fate of plastic waste in the country amid lack of reliable data on recycling.

In a statement, the Environment Ministry said plastic packaging waste not covered under the phase-out of identified single-use plastic items should be collected and managed in an environmentally sustainable way through the Extended Producer Responsibility of the producer, importer and brand owner (PIBO) as per Plastic Waste Management Rules, 2016.

For effective implementation of the Extended Producer Responsibility, the guidelines being brought out have been given legal force through the amended rules, it said.

Extended Producer Responsibility is a policy approach in which producers take responsibility for management of the disposal of products they produce once those products are designated as no longer useful by consumers.

The Centre had earlier asked states and union territories to constitute a special task force under the chief secretary or the administrator for elimination of single-use plastics and effective implementation of the Plastic Waste Management Rules, 2016. Fourteen states and union territories had constituted the special task force by 23 July. The Environment Ministry has also set up a national-level task force for making coordinated efforts in this direction.

The environment ministry has said waste management infrastructure “is being strengthened” across the country and states have been asked to develop action plans for the elimination of single-use plastics and effective implementation of the waste management rules.

As the Centre is taking measures for awareness generation towards the elimination of single-use plastics, essay writing competition on the theme for spreading awareness amongst school students are being organized across the nation.