A #MeToo reckoning in politics has yet to come - GulfToday 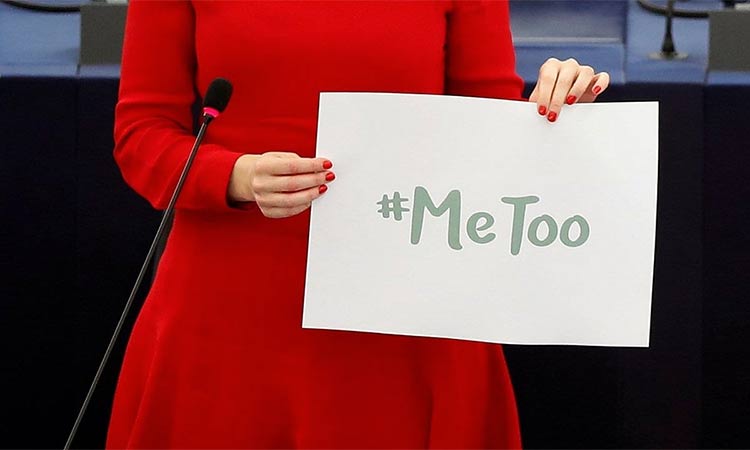 This is the way such things are supposed to work.

In late February, New York Gov. Andrew Cuomo asked the state’s attorney general to name an independent panel to investigate multiple allegations of sexual harassment that had been made against him. The lawyers went to work — for more than five months.

They issued 70 subpoenas, reviewed 74,000 documents and interviewed 179 people, including Cuomo, all of his accusers and other individuals they believed could have relevant information. They created a tip line that received 280 tips, and reviewed each one.

On Aug. 3, Attorney General Letitia James, a Democrat, made public a 165-page report, which found that Cuomo had harassed 11 women, including a state trooper whose allegation had been unknown.

Contrast the Cuomo case with the last such “investigation” in Washington: the FBI’s examination of sexual assault allegations against Supreme Court nominee Brett M. Kavanaugh nearly three years ago.

President Donald Trump asked the FBI to investigate because he had little choice. Republicans who controlled the Senate stood to lose several votes, and with them Kavanaugh’s confirmation, if the party wasn’t seen to be taking the allegations seriously.

But Republicans gave the FBI one week and it finished in days. The White House first gave the agents a list of just four individuals to interview, then six more, but did not include Kavanaugh, Christine Blasey Ford, his chief accuser, or dozens of other individuals seeking to provide information. All the while, Trump lied to the media, saying that FBI agents “have free rein.”

The final FBI report to the Senate was nothing more than a compilation of agents’ notes that drew no conclusions. It never was made public, which allowed some Republicans to falsely claim that the FBI had exonerated Kavanaugh.

Days later, he was confirmed to a lifetime seat on the Supreme Court. Among the Senate Republicans, only Alaska’s Lisa Murkowski opposed Kavanaugh. The vote, 50 to 48, was the closest for a justice since 1881. Unlike the Cuomo probe, the point of the Kavanaugh investigation had never been to seek the facts. It was to appear to do so, to give Republicans political cover.

A few weeks ago, an official at the Biden Justice Department finally responded to a letter that Senate Democrats first sent two years ago to the Trump administration with 18 questions about the FBI’s performance. The response offered little in terms of information, except to confirm that the FBI tip line essentially was nothing more than “a tip dump,” as Sen. Sheldon Whitehouse of Rhode Island has called it. In the reply letter, a Justice Department official, Jill C. Tyson, echoed the FBI’s long-standing explanation that the Kavanaugh investigation was not a criminal investigation. But even accepting a lower standard for a background investigation, it was a farce, laughably limited both in time and scope.

The FBI wouldn’t tell Ford’s lawyers who was leading its investigation or even the simple fact that she would not be interviewed, that she wasn’t on the White House-approved list of interviewees. Debbie Ramirez, the Yale classmate who also alleged that Kavanaugh assaulted her, was on the list — but only so Senate Republicans could avoid giving her a public hearing, which might sway public opinion. Even Trump had been moved to call Ford’s testimony at her Senate hearing “compelling” and “very credible.” He’s called her a liar ever since.

Why does it matter?

Thirty years after the Anita Hill-Clarence Thomas hearing, the Senate and the executive branch still have not settled on a fair, nonpartisan way to handle such allegations against presidential nominees or anyone else in public office.

Since the #MeToo movement emerged, seemingly invulnerable figures in entertainment, business, media and culture have been felled by accusations of sexual misconduct. Yet in politics, it seems only Democrats — their party indebted to female voters — need to fear a reckoning.

Republicans have become a cult of Trump, a man credibly accused of sexual assault by nearly two dozen women, all of whom he calls liars. Not surprising that he is quick to defend other Republicans similarly accused, from Kavanaugh to Florida Rep. Matt Gaetz.

No movement will end sexual predation in the workplace, on campuses and elsewhere — as Cuomo, the hypocritical #MeToo cheerleader, showed. Hill, in a memoir, predicted there would be other accusers moved to call out sexual misconduct and implored the Senate to devise a system to fairly handle accusations against political players. It did not, of course, and 27 years after her ordeal, Ford and Ramirez paid a similar price in lost privacy, threats and a sense of justice denied.

And that was a year after the #MeToo movement took off. It’s past time for Washington to act.