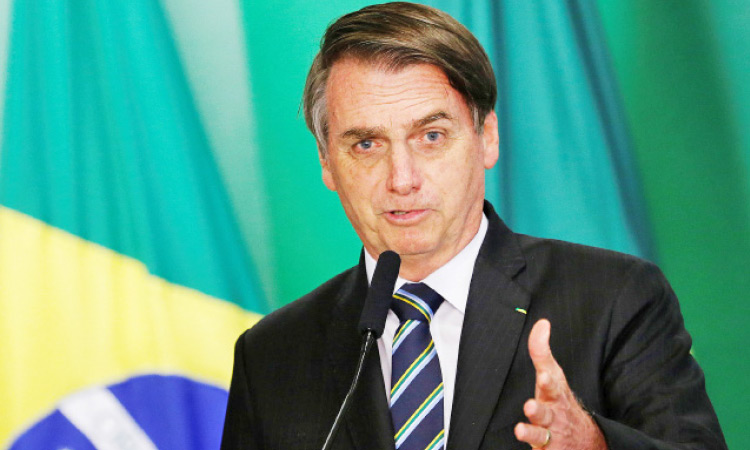 After years of attacking Brazil’s voting system as susceptible to fraud, President Jair Bolsonaro ignored a Monday deadline from the nation’s electoral court to present proof of his claims. And the election authority, in turn, adopted its strongest measures yet aimed at preventing Bolsonaro from chipping away at faith in the nation’s upcoming election.

According to two of Bolsonaro’s ministers, his administration considered turning over a compilation of videos and documents, most of which the far-right president already exhibited publicly on July 29 and the court that oversees and administers elections has debunked. His administration’s order for the Federal Police to find evidence of election fraud from the past 25 years didn’t identify any such examples, said the ministers, who spoke with The Associated Press on condition of anonymity due to concern of retaliation from the president.

One of the ministers and the electoral court’s press office confirmed that no evidence was sent.

Bolsonaro has alleged that Brazil’s electronic voting system isn’t reliable and makes it impossible to audit results. As such, he has backed a constitutional amendment that would make a printed receipt of each vote visible to the voter before being deposited in a sealed container for subsequent review, if necessary.

Analysts have expressed concern that Bolsonaro, trailing in opinion polls ahead of his 2022 reelection bid, will follow the example of former US President Donald Trump, who goaded supporters to dispute his loss.

The electoral court has rebuffed his claims as baseless, saying the system is trustworthy and there are several means of checking results. The court’s president, Luís Roberto Barroso, previously told AP that the proposed reform would be a risky solution to a nonexistent problem, creating opportunities for vote buying and fraud claims.

Late Monday, the court unanimously approved sending a request to the Supreme Court for Bolsonaro to be targeted as part of its probe into the dissemination of allegedly fake news. It also approved opening its own investigation of Bolsonaro for his claims, which the court wrote in its decision could characterize a variety of violations, including abuse of economic and political power; improper use of social media; corruption; fraud; or premature campaigning.

Bolsonaro last week promised he would present the proof of fraud that he has long claimed to possess.

Once live on state television and his social media channels, he showed internet videos that have been available for years and spreadsheets tracking the tabulation of the 2014 presidential vote, while the party that lost that election says it was fair.

“There is no way to prove the elections were or weren’t defrauded. There are indications. Crime is revealed with several indications,” he told his audience during the nearly three-hour presentation on July 29. He used the opportunity to lambast his likely opponent in next year’s election, former President Luiz Inácio Lula da Silva, who several polls have shown leading Bolsonaro by double-digits in a runoff.

The electoral court fact-checked Bolsonaro live on its social media channels that evening and, on Monday it published a letter signed by 15 former presidents, plus the current president and its incoming chief, who denied any fraud since the electronic system’s implementation started in 1996.

The two ministers who spoke on condition of anonymity said that while there is no proof of election fraud, the president’s insistence has served to galvanize his base, as seen with street protests in at least 15 state capitals Sunday.

In Rio de Janeiro, thousands gathered beside Copacabana beach chanting and holding signs like “AUDITABLE VOTE NOW!” A plane flew low overhead with the same demand on a trailing banner.  “Our vote is checked by some judges, some members of the electoral court, in a secret room. We want it to be counted in every electoral section of Brazil,” said teacher Marquele de Souza.

The tallying is done automatically by each electronic ballot box, which transmits the results through an encrypted network.

Ricardo Penteado, a lawyer who focuses on electoral and political rights, said Brazil’s institutions took too long to react to Bolsonaro’s hard-charging stance, so are partly responsible for letting him commandeer the national conversation.  “It doesn’t matter how or what the arguments are. This is a fight of someone who isn’t right and that isn’t about perfecting the democratic system,” said Penteado, a member of the Sao Paulo state bar’s electoral rights commission. “Rather, it is to destabilize that system and discredit the justice system.”

Christopher Garman, managing director for the Americas at the political risk consultancy Eurasia Group, said he doesn’t see any danger of Brazil’s military backing Bolsonaro in challenging results, even if a leftist like da Silva triumphs. That means risks to post-election governability are “negligible,” he wrote in a research note Monday. 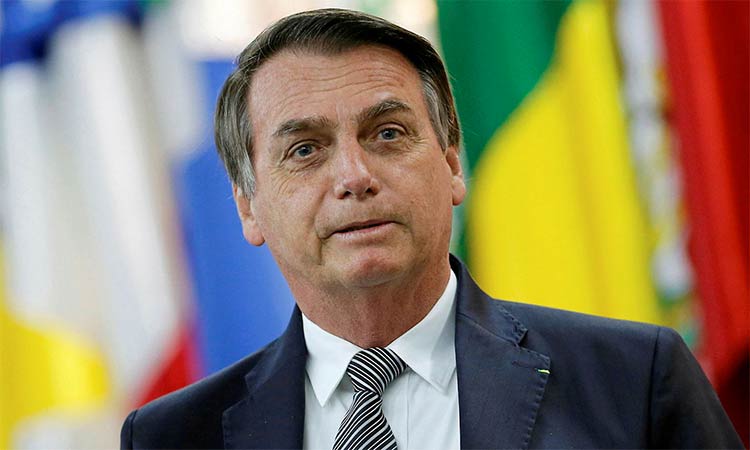 Bolsonaro takes a leaf out of Trump’s playbook

Brazil’s presidential election is 15 months away, yet barely a day passes without President Jair Bolsonaro raising the specter of fraud and warning that he will be entitled to reject the results unless Congress overhauls the voting system. 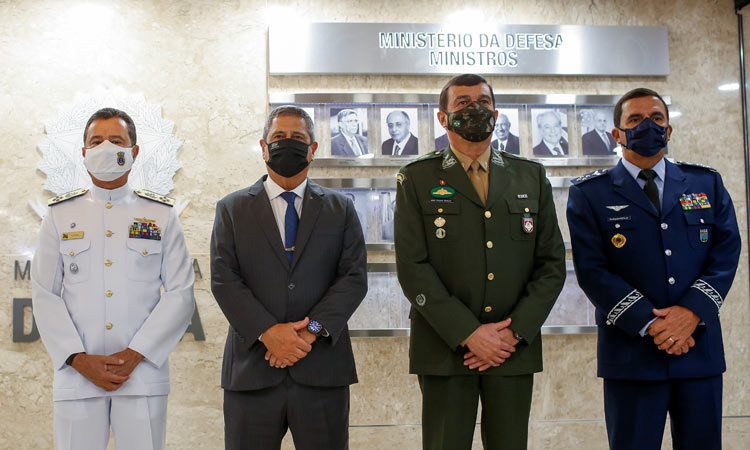