Boris Johnson turns out to have privately yearned to adopt the same approach as Brazilian president Jair Bolsonaro who publicly favoured allowing Covid-19 to rip through his nation. “Stop all this fussing and whining,” Bolsonaro told Brazilians, some 543,000 of whom have died in the epidemic. “How long are you going to go on crying?”

With similar callousness, Johnson is reported by his former chief adviser Dominic Cummings to have rejected a second lockdown last October after learning that the median age of the dead exceeded average life expectancy. “So get Covid and live longer,” he joked.

On 23 July 2019, two years ago today, Boris Johnson was elected leader of the Conservative Party, defeating the former health secretary Jeremy Hunt. Had Hunt been chosen instead, or almost anybody other than Johnson for that matter, then tens of thousands of people in Britain would not have died and hundreds of thousands of others would have escaped severe illness and long Covid.

Down the centuries, Britain has generally been lucky in its leaders in times of crisis. In calmer periods, it may not matter much who is nominally in charge of the country. But during the last two years of permanent crisis over Brexit and Covid-19, Britain has been led by a man of such poor and wavering judgement that it is difficult to find a figure of comparable incompetence in British history.

The best parallels with Johnson come not from the past but from the world of comic opera, my favourite comparison being with the Duke of Plaza-Toro, the bombastic upper-class conman in The Gondoliers by Gilbert and Sullivan. “He led his regiment from behind — he found it less exciting,” go the lyrics, but when any success is achieved — one thinks of the Covid-19 vaccination programme — then the shady duke swiftly claims credit for it.

Looking back over the last 18 months, it is clear that when it came to taking life-and-death decisions for the country, Johnson would have shown better results if he had relied on the flip of a coin rather than his own chaotic judgement. Errors are too frequent to list but they include fatal delays to both lockdowns last year, the failed though vastly expensive NHS Test and Trace, 39,000 dead in the care homes, and the easy passage to Britain given to the Delta variant by not blocking travel from India.

Lessons are never learned from mistakes, whatever the death toll. This was evident again this week, as the government managed to get the worst of all possible worlds by abruptly ending measures aimed at preventing the spread of Covid-19 infection, while simultaneously asserting the necessity for 1.4 million people to self-isolate in order to stop the spread of the same illness. Britain is becoming a pariah state, with the US State Department issuing its highest-level warning, which simply says: “Do not travel to the United Kingdom.”

Johnson’s failings were no secret before or after he became prime minister, but just how bad and damaging he has been was confirmed with copious detail in the last few days by Dominic Cummings and by Sir Jeremy Farrar, the director of the Wellcome Trust and an infectious diseases specialist, both of whom were at the centre of Britain’s response to the pandemic. Cummings’s stories of prime ministerial blundering are appalling though comical, but Farrar’s low-key description of “the absent prime minister” is damning.

How has Britain managed to end up with such a frivolous figure taking decisions that mean life or death for so many people? I have always believed since 2016 that the Brexiteers posed a far greater threat to Britain than Brexit itself. There was nothing irrational about leaving the EU in pursuit of greater national self-determination. Such attempts to assert national control, widely or unwisely, are common throughout the world.

The greater danger lay in the fact that Brexit had become the vehicle through which a coterie of opportunists and far-right ideologues had won power and would use it arbitrarily and incompetently.

I also hoped that their misrule might not matter too much since, as Adam Smith pointed out, “there is a great deal of ruin in a nation”. It seemed possible 18 months back that so long as the government elected in 2019 avoided a serious crisis — I was thinking of a war, not a pandemic — then they might not inflict too much damage. Nobody with an over-discriminate sense of smell would want to stand downwind from the present cabinet, but their wilder and more authoritarian schemes might be blocked by their own incapacity. 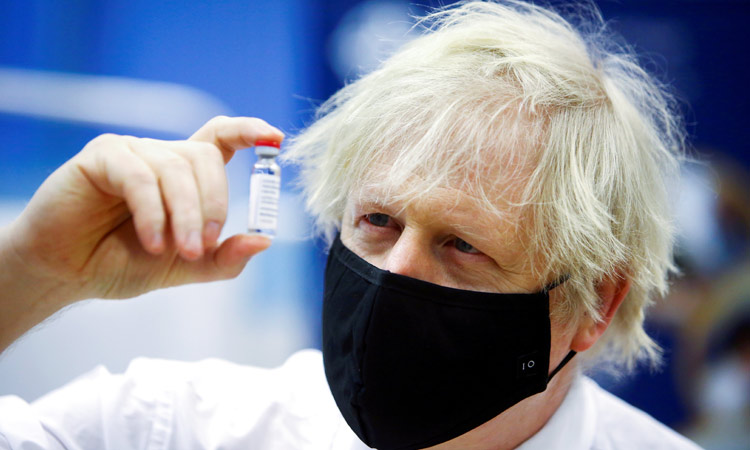