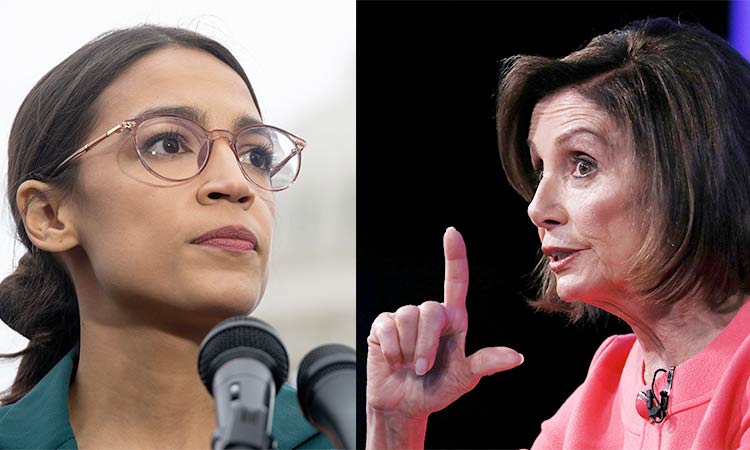 US Representative Alexandria Ocasio-Cortez became one of America’s most prominent progressive Democrats with her calls to tax the wealthy and spend heavily to fight climate change.

Now she is investing heavily in her online store, selling T-shirts, sweatshirts and other merchandise with her name, “AOC” initials or slogans including “Tax the Rich” and “Fight for our Future,” efforts aimed at both fundraising and building the second-term lawmaker’s profile nationally. Her campaign paid political merchandise firm Financial Innovations, which operates her online store and supplies merchandise, more than $1.4 million in the first six months of 2021, according to campaign disclosures to the Federal Election Commission late last week. That is more than many lawmakers spent on their entire re-election efforts during the period, and nearly double her payments made over the prior two years to Financial Innovations, a Cranston, Rhode Island firm that specializes in political merchandise for Democrats.

Political T-shirts and campaign swag were once a rarity on America’s streets, the sign of a campaign volunteer or politics junkie. That changed markedly over the last six years as Donald Trump supporters adopted his trademark red “Make America Great Again” cap.

In addition to raising a candidate’s profile — and standing as a badge of identity in an increasingly polarized nation — political merchandise is a small but significant fundraising tool. Ocasio-Cortez’ push into merchandise shows she is honing an already formidable fundraising operation and building her brand within the Democratic Party. “It’s a sign she is nurturing her massive influence,” said Andrew Frawley, who managed the merchandise operation for Andrew Yang’s 2020 presidential campaign — including his “Math” T-shirts. While she has no formal party leadership role, Ocasio-Cortez has star power rarely seen in the US Congress. She has more than 8 million Instagram followers and last year shot a video for Vogue detailing her personal skin care routine. Her online store capitalizes on her fame, experts said.

“There’s the campaign finance aspect of it and, for lack of a better term, there’s the cult of personality aspect of it,” said Ciara Torres-Spelliscy, who studies political branding at Stetson University. Since defeating the then-chair of the House Democratic caucus in a 2018 primary and easily winning her seat to represent a swath of New York City, Ocasio-Cortez has become the face of progressive Democrats’ push for a “Green New Deal,” a set of climate goals. She faces little risk of losing her seat in a heavily liberal district when US voters next year determine which party will control Congress for the second half of President Joe Biden’s term. Kiley Bolton, 22, a college student in Leander, Texas, said she gets both compliments and eye rolls when she wears her “Tax The Rich” sweatshirt she bought from Ocasio-Cortez’s campaign.

“I like what it stands for and I like AOC,” Bolton said. Merchandise sales count as campaign contributions but it’s not clear how much T-shirts and hoodies are bringing to Ocasio-Cortez’ coffers. Campaign disclosures rarely specify whether a donation involved merchandise. Frawley said the Ocasio-Cortez campaign could be making a 50% profit or more on much of its sales. Using merchandise sales to grow her fundraising could help her wield more influence in the Democratic Party, by allowing her to support candidates who share her goals, said Bruce Newman, a political scientist who edits the Journal of Political Marketing.

Her campaign has raised about $6.9 million since the November election, compared to $10.8 million by House Speaker Nancy Pelosi and $23.9 million by Senate majority leader Chuck Schumer, who is up for re-election in 2022 and viewed as a potential primary target for Ocasio-Cortez. 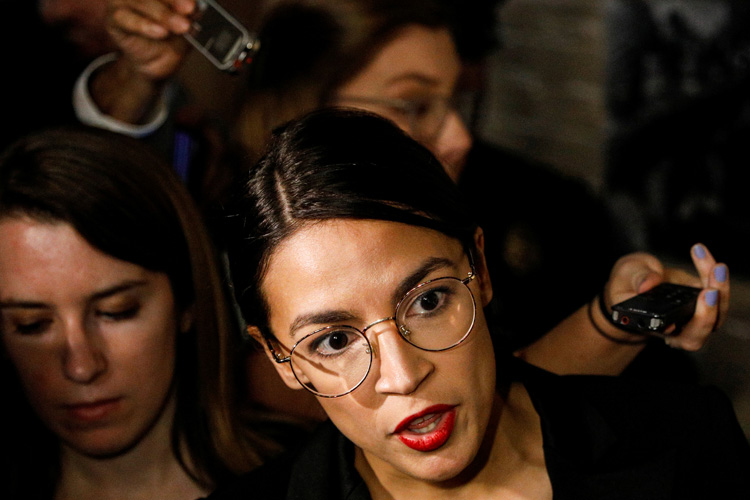