Far-right extremism is on the rise in Britain - GulfToday 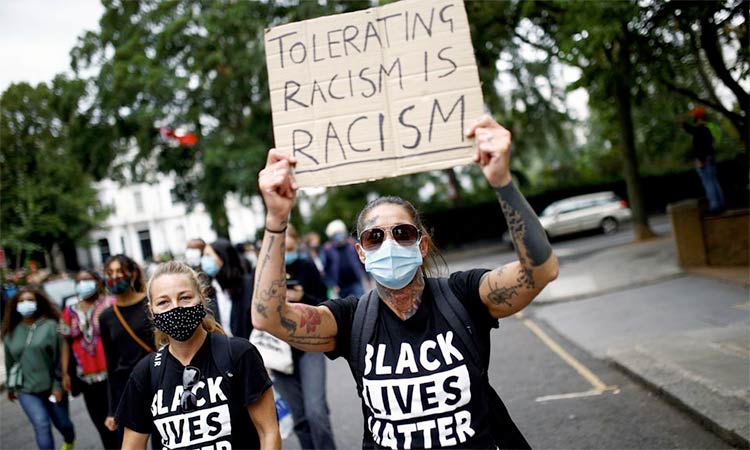 An anti-racism activist holds a placard as she takes part in a march in London. Reuters

In a week where we have seen the depressing sight of three Black English footballers subjected to the latest and sadly predictable bout of racist abuse, the spotlight turns again to the ugly underbelly of far-right hatred in this country. The focus on the England team’s collective action in taking a firm stance against racism comes as a shocking rise in neo-Nazi and right-wing extremist activity in this country continues, and action to tackle it becomes ever more urgent.

This week parliament passed legislation to proscribe yet another neo-Nazi terrorist group, named The Base. This white supremacist hate group, imported from the US, will be the third parliament has had to proscribe in just a year.

Last October, the new director general of MI5 warned that violent right-wing terrorism was now a major threat facing the country, with eight of the 27 serious terrorist plots stopped in the final stages in the last three years linked to neo-fascist and racist groups.

Convictions are also on the rise. According to the State of Hate report from leading anti-fascist charity Hope Not Hate, 59 far-right activists or sympathisers have been convicted of terror-related offences since the beginning of 2017 – including, shockingly, a serving police officer — with a further 11 awaiting trial. Their report also highlights a worrying rise in extreme far-right activism in teens.

A 16-year-old boy became Britain’s youngest person involved in terrorism in February this year, after admitting 12 offences, including downloading a bomb-making manual when he was just 13 years old. While Danyal Hussein had just turned 18 when he undertook the savage and ritualistic murder of Bibaa Henry and Nicole Smallman after accessing far-right extremism online. Hussein believed he had made a pact with demonic forces to kill at least six women every six months in exchange for a future lottery win.

The popularity of the occult and far-right extremism is becoming more apparent and since 2019, six young men – of whom five were teenagers – have been convicted of extreme right-wing terrorism offences connected to a violent form of Satanism. It therefore remains puzzling as to why other organisations like the Order of Nine Angles are yet to be proscribed.

These are all examples of the most extreme cases and it would be easy to dismiss them as the horrifying but outermost fringes of right-wing ideology. But these individuals do not operate in a vacuum. Metropolitan Police assistant commissioner, Neil Basu, said last November that a surge in online extremism, coinciding with COVID-related isolation, had created a “perfect storm” for radicalisation. And Hope Not Hate are clear that, “The exponential growth of the internet, 24-hour news and encrypted messaging platforms have completely changed the way the far right organises.”

Proscribing another far-right neo-Nazi group this week is important, but it is not enough to tackle this rising danger. Labour has long warned that the government needs to tackle the rising threat from an emboldened far-right, and that it must develop a comprehensive and robust strategy to do this.

Right now we see no strategy for preventing the rise of far-right radicalisation and certainly no leadership on tackling racism and hate. It’s time for the government to act to stem this rising tide – they cannot leave the courage and moral leadership to our footballers, and cannot leave the police and security service to fight fascism without the proper support. 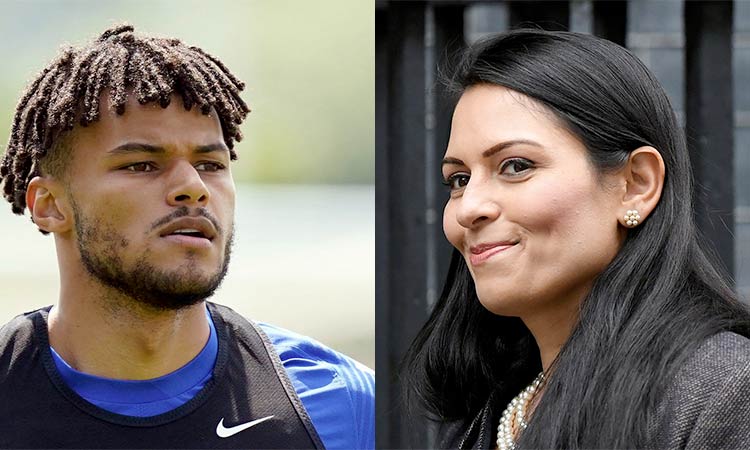 Mings is right to call out Patel’s blatant hypocrisy

“You don’t get to stoke the fire at the beginning of the tournament by labelling our anti-racism message as ‘Gesture Politics’ and then pretend to be disgusted when the very thing we’re campaigning against, happens.” So said England footballer Tyrone Mings in a pointed nod to Priti Patel’s 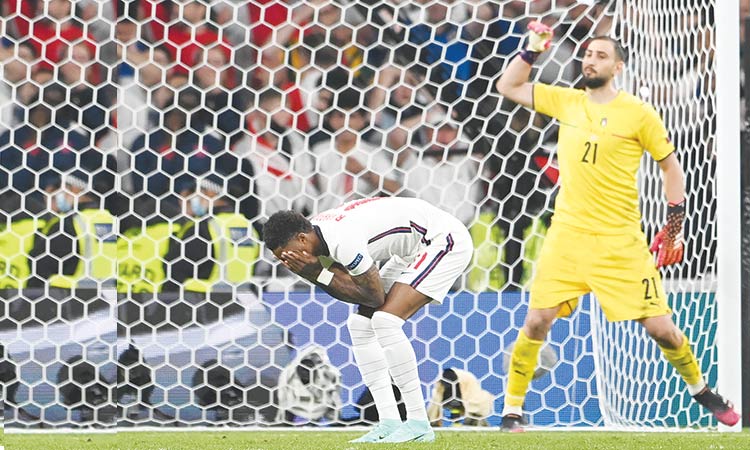 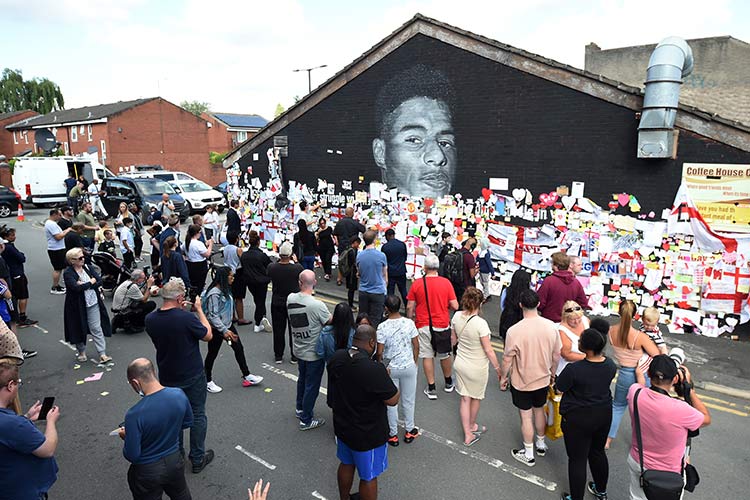