Attitude is key to combating coronavirus 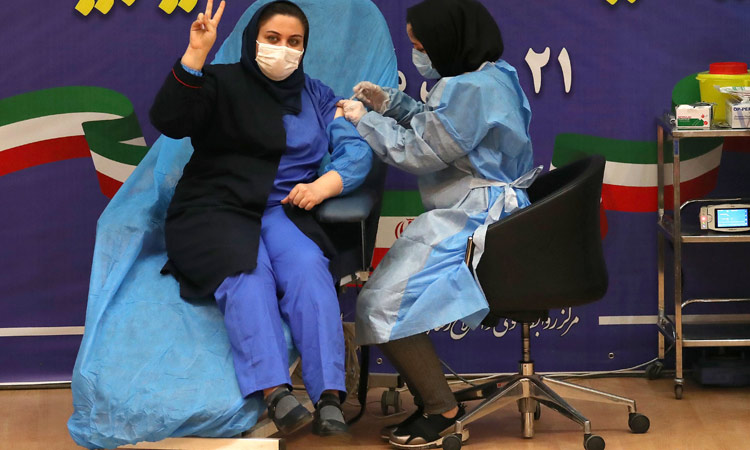 Delta variant, which is spreading fast, is sweeping the world as countries rush to inoculate their residents to stem new outbreaks.

The war against the coronavirus has been marked by fresh surges and uneven vaccination drives. What is worrying is the attitude of the people towards the vaccine campaign.

Add to this critical vaccine shortages and the problem only gets worse, with no sign of any light at the end of the tunnel.

On top of that, the British authorities had warned football lovers in the country not to crowd the Wembley stadium for the Euro 2020 finals against Italy to stem the spiral in cases. They said they would enforce nationwide virus restrictions not set to be lifted until July 19.

There is another caveat, this time for the G20 meet of finance ministers in Venice. The meet highlighted the spread of new variants of the virus.

Far from the virus ebbing, nations across the globe have reclamped COVID-19 restrictions. Normal times that prevailed before the onslaught of the coronavirus seem to be a remote possibility at the moment.

This is because the Delta variant, which is spreading fast and was first detected in India, is sweeping the world as countries rush to inoculate their residents to stem new outbreaks.

The European Union seems to have boasted that it has delivered enough shots to cover 70 per cent of the bloc’s population.

But according to the European Centre for Disease Prevention and Control, only 44 per cent of the adults aged 18 years or over are fully vaccinated in the EU and European Economic Area.

In South Korea, only 11 per cent of the population has been vaccinated.

In Pakistan, the government said only those who had received the vaccine shots would be allowed to embark on flights.

The country of over 200 million has reportedly largely escaped the most horrible impact of the pandemic, although cases are on the rise again.

The pandemic is not over yet, the new variants are very infectious.

The problem is this: how will the vaccines tackle the more virulent strains of the pandemic?

In Indonesia, which is fighting a tidal wave of infections, more than a dozen frontline health workers have breathed their last, although they were fully vaccinated.

However, there is some welcome news: new research says the overarching hazard of kids becoming terribly ill or dying from the virus is pretty low.

The study, led by scientists from universities in the UK, showed that the overall risk of hospitalisation among children was also at a low level.

But this does not apply to those with multiple chronic illnesses.

Currently, those under 18 are not offered vaccine shots, even if they have other health conditions that could be risky for them.

The findings are being pored over by the UK’s vaccine advisory group. The decisions require in-depth research.

The whole issue is that of uncertainty and unpredictability. We do not know which way the virus will swing. Whether it will be conquered or whether it will consume us. With normal life still being jeopardised, giving a whole new twist to everyday tasks, many people seem to have resigned themselves to fate, saying cure is unlikely despite pathbreaking breakthroughs that can bring some hope and relief to the people.

It is all a question of time that puts to the test our seemingly boundless reserves of tolerance and patience. These are badly needed, we should not lose hope, for optimism is the only lifeboat in a sea of pessimism that keeps us going. Medical experts are toiling away at research, trying to reach some solution to an utterly impossible puzzle to crack.

For the devout, prayer appears to be the only answer, which offers an industrial-strength solution.