United States President Joe Biden did not mince words when he said that it was not the business of his country to provide stability in Afghanistan, and it is for the people of Afghanistan to choose. He explained the American intervention in Afghanistan in the wake of the terrorist attacks of September 11, 2001 as a means to prevent Afghanistan from becoming a base for attacks on the United States. Biden was speaking in the East Room of the White House on Thursday (July 8) where he reiterated that the withdrawal of American troops from Afghanistan would be completed by August 31.

He had however promised aid to the Afghan government. Biden has made it clear that the United States is not going to take any steps to prevent the Taliban takeover of Afghanistan. Meanwhile, the Taliban is moving aggressively in the different provinces. It has sealed the borders with Iran and Turkmenistan even as the government troops fled to Turkmenistan. The government of President Ashraf Ghani in Kabul has rushed troops to the north to fight the Taliban.

Foreign ministers of India and Russia, S. Jaishankar and Sergei Lavrov, had declared at the end of their meeting in Moscow on Friday that they are watching the evolving situation in Afghanistan. Aghanistan’s Foreign Minister Mohammad Hanif Atmar appealed to Pakistan to persuade the Taliban to come to the negotiating table, and Pakistan’s Prime Minister Imran Khan said that the timeline for the withdrawal of American troops from Afghanistan was too quick for Pakistan to hold back the Taliban. Evidently, there is a cacophony of voices even as Afghanistan descends into veritable chaos and fighting continues between the Taliban and the Afghan government forces. The Taliban claim that they control 85 per cent of the territory in Afghanistan.

It is indeed too late in the day to ask as to why a democratically elected government that came out of the Bonn conference in December 2001 did not stabilise in Kabul though few would deny that the new system has given greater representation to women and the ethnic and religious minorities like the Hazaras a fair representation in the parliament and other institutions. It will also remain a moot point as to why the Taliban have survived the defeat of November, 2001 and they continued their attack on democratic institutions in the last 20 years.

The fight between the Taliban and the government forces is now treated as an internal matter of Afghanistan. It seems that the world would accept whoever emerges the winner. It is more than likely that the Taliban will emerge the victors, and the other countries will get into the act of dealing with the Taliban as the legitimate rulers of the country.

If the Taliban choose to get back to their tough ways of 1996-2001 when they ruled Afghanistan, and the people are forced to follow the rigid puritanical rules, then there is no help for the people of Afghanistan. They may want to flee the country but there would be little scope. The tragedy of Afghanistan will be re-enacted yet again. 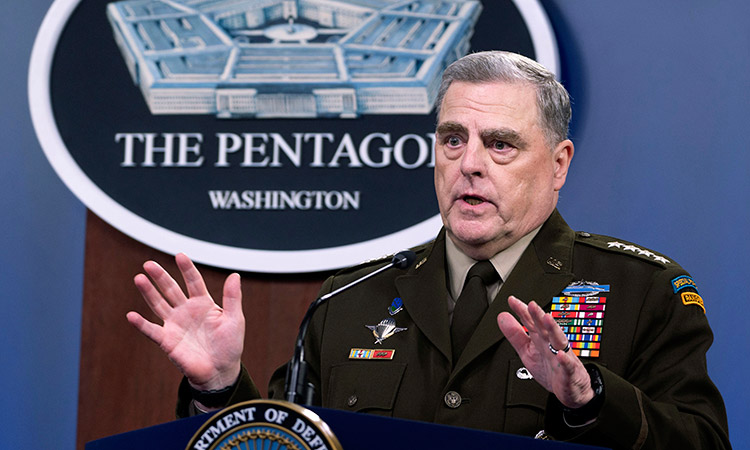 Biden's embrace, however, comes only months after US officials were pressuring Ghani to step aside for a transitional government under a draft political accord that they floated in a failed gambit to break a stalemate in peace talks.