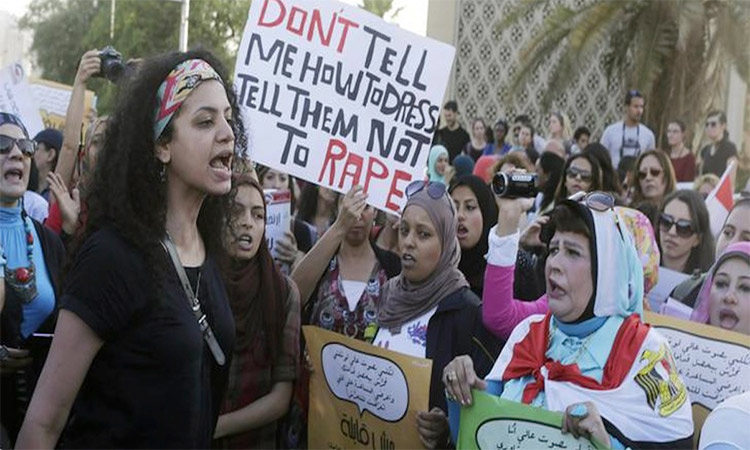 One of my mentees, a young doctor, laughed when I recently told her how two of my adult daughters crawled across the bedroom floor to take a photo of my computer screen because Golden State Warriors coach Steve Kerr and Dr. Anthony Fauci were both part of my Zoom meeting. But our conversation quickly turned to how being forced to parent a young child while on Zoom makes her feel exposed, her role as a parent more visible than she would like it to be at work. She feels judged, she said, as she deals with her child’s fussing and entertainment and food needs — while fellow Zoomers suggest she mute her sound so they don’t have to hear the background noise of her life.

She worries that this mothering on camera will cause her to be taken less seriously by the men around her at our research-focused university, that she won’t be seen for her hard work and successes. She isn’t concerned about her male peers, whose children also pop up in meetings. It’s the senior male colleagues she worries about, “you know,” she says, “the ones with the power.” Many women I mentor are also underrepresented people of color, and they tell me the sexism they encounter is often compounded by racism.

These concerns reflect national trends for women who are mothers and for women who are not. A 2016 survey of junior faculty with recent career development awards showed that almost 1 in 3 female faculty members reported gender harassment at work. The numbers are even higher in other institutions — more than 50% of female faculty and staff experienced sexually harassing behavior in academic science and medicine, according to a 2018 report by the National Academies of Sciences, Engineering and Medicine. In addition, women from underrepresented racial and ethnic groups experienced harassment more than white women did. People in the study who underwent harassment said they often feel less confident and believe such episodes will negatively affect career advancement.

When I share my own stories of sexism in the scientific workplace, my mentees are both surprised and then reassured — because I got past the challenges. For instance, after I failed to receive a fellowship I had applied for, a senior male faculty member observed, “Well, you did go and have that third baby,” as if that prevented me from focusing on my work. Later, during my annual performance review, this same supervisor told me I had earned a “C” for bringing in grants but an “A” for publishing research papers. I would “pass” to the next assistant professor step, he assured me, because “people liked me” and I had “a nice smile.”

While such comments are reportable offenses, I chose instead to get myself into a better environment, a different department where I would have more supportive supervisors. I wanted to work in a more positive, collaborative space and it felt easier, and perhaps wiser, to avoid the offender rather than report him.

The worst part of being visible (being described by my appearance at work) and invisible (not being seen for my work accomplishments) is that they are both products of the male gaze. The message to me was clear: My appearance and personal behavior mattered — having too many children for scientific research, being likable rather than capable, being seen as “sliding” through on impressions rather than earning my place.

When I met with the dozen or so women I mentor to prepare for their academic reviews, the topics of visibility and how much they should disclose about the challenges of working during the COVID-19 pandemic were at the top of my list of things to discuss.