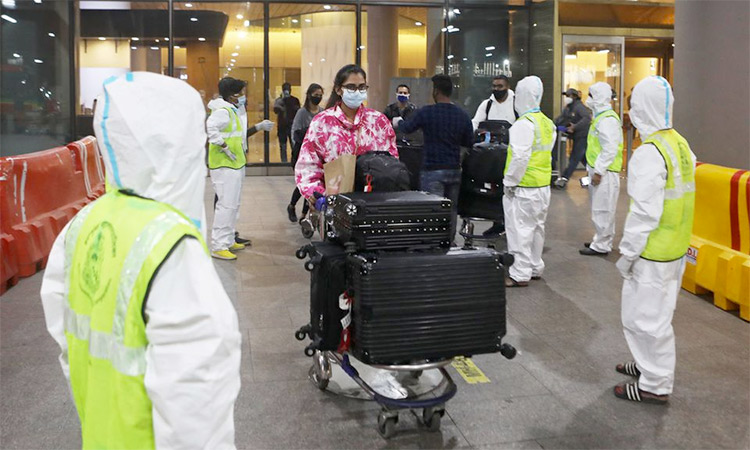 Indian citizens having inoculated twice and with a negative PCR test can travel to the UAE.

Good news as travellers who have received two doses of UAE-approved jabs will now be allowed to enter the emirate. The UAE is a second home for over 200 nationalities. Indians in the UAE constitute the largest part of the population of the country (“Dubai relaxes curbs for vaccinated Indian flyers,” Gulf Today, June 19).

The UAE has experienced a tremendous increase in the population of resident Indians who initially migrated to the country as a result of opportunities in the petroleum industry.

Now, Indians play a key role in the UAE’s construction, retail, financial services, manufacturing and transport sectors. With a population of over 1.5 million, Pakistanis are the second largest national group in the UAE after Indians, constituting 12.5% of the country’s total population. They are the third largest overseas Pakistani community, behind the Pakistani diaspora in Saudi Arabia and the United Kingdom.

The UAE always attracts skilled professionals, in particular in the high technologies and trade sectors. On Sunday Dubai Airports has announced that it will reopen Dubai’s International’s Terminal 1 and Concourse D on 24th June. The facilities were closed on 25th March 2020 following the partial suspension of operations at DXB to control the spread of COVID-19.  Sheikh Ahmed Bin Saeed Al Maktoum, Chairman of Dubai Airports, said, “Dubai’s aviation sector has been at the forefront of a global campaign to restore vital international air services with the opening of quarantine-free travel corridors between the UAE and multiple countries around the world.”

Most expatriates in the UAE reside in Dubai and Abu Dhabi and Sharjah. The UAE is home to one of the world’s highest percentage of expatriates.

The experts also announced that 60,059 doses of the COVID-19 vaccine were administered in the past 24 hours.