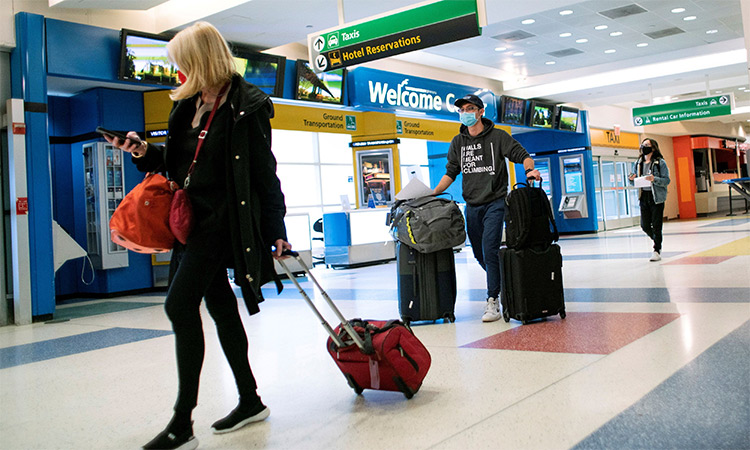 Immigrants from other countries are trying hard to get back to their birthplace to see their relatives.

Walk out your doorstep into the humid Philadelphia spring, and you can touch the closest thing to normal in more than a year. From the crowds at Phillies games and the Flower Show to the diners and shoppers on Main Streets throughout the region, joy and relief are palpable.

But instead of fully celebrating, Sheikh Siddique has been working on getting to Bangladesh — hoping case rates there will be low enough by next month that he can finally see his family. He has tried to go twice before and had to cancel both times.

Because of the pandemic, Siddique, an Upper Darby Township Council member, missed his 106-year-old father’s funeral last year. Then his brother died of the coronavirus, and he missed his funeral, too. He’s been watching the case surge in India, praying it won’t overwhelm the medical system in neighboring Bangladesh.

“At this moment, here in America, we are in good shape. The virus is declining day by day,” said Siddique. “But back home we don’t know... I’m worried for my family. If the variant from India comes to Bangladesh, it will be terrible.”

As infections in some countries rage and the distribution of the vaccine varies worldwide, Philadelphians worrying about loved ones in other places feel the coronavirus’ continued grip. With systemic inequities pervasive here and communities of colour especially hard hit by the pandemic, reopening doesn’t look the same for everyone.

Philadelphians from countries suffering high cases and low vaccination rates can’t visit, they can’t send vaccines, they can’t bury their dead relatives. They follow alarming news coverage, worry about hospital bed space, and see how inequality amid the surges and lockdowns threatens lives, livelihoods, or both.

It’s “just impossible to see each other,” said Emilio Parrado, a University of Pennsylvania sociology professor who studies migration and is from Argentina. He hasn’t been able to travel to see his family, and they’ve been unable to come here. “You feel even more isolated.”

Carmen Marcet, a leader in Philadelphia’s Latino community, said many are constantly following the news or in contact with family back home. She has worried about her family in Peru, where her mother finally got vaccinated but immunisations are occurring slowly.

“For the immigrant community in general, not only myself, but in general, you are always living in America physically, but mentally you are in two different points of the world,” she said.

As case numbers plunge, clinics here with plentiful vaccine supplies offer walk-in shots, and the last restrictions in Philadelphia and Pennsylvania melt away, the relatively rapid changes offer a newfound sense of security.

But for some countries, this spring has brought the worst period of the pandemic yet. In India, more than 2,000 people have died each day since April 20. With South America seeing the world’s highest new case rates, Argentina and Brazil have been averaging tens of thousands of new cases a day for weeks. A surge was filling hospital beds in Kabul, where China on Thursday sent vaccine doses. In Africa, cases have been soaring in some countries, as vaccines remain scarce.

For many, the disconnect between the desperation they hear on family phone calls and in the news from back home and the persuasion and prizes that have become necessary to entice Americans to get the shot is jarring.

Before the surge in India accelerated, Noor Shaik, a Thomas Jefferson University fourth-year medical student, was volunteering to help Philadelphians sign up for vaccine appointments. Many people she talked to in April said, “No, not interested,” she recalled. “As opposed to, basically the very next week, seeing and hearing about how people [in India] have to choose between breathing themselves or passing on the oxygen to their child.”

That dissonance was heartbreaking, said Shaik, 27, whose family came to Bensalem from Bangalore when she was 6. She talks to her grandmother weekly and began collecting medical supplies to send to India after hearing about the surge.

“I know that the people in India who are suffering from this,” Shaik said, “they would do anything at all to try to get the vaccine.”

Making a dent in inequity

This week, Shaik’s third shipment — masks, shields, gowns, and oxygen concentrators, making for a total of 4,000 pounds of supplies her family has sent in the last month — reached Turkey, and are due to land in India next week.

The medical student has filled her parents’ Bensalem home with thousands of pounds of masks, gowns, and even tracheostomy tubes. Most were donated by Jefferson, Penn Medicine, and SHAMS Clinic, a Northeast Philadelphia nonprofit that provides health and social services to underserved communities, and Shaik found a shipper who sent the first boxes free and gave her a deal on the others.

She has poured her energy into soliciting donors, coordinating shipments, tracking the supplies’ journey to India, and promoting the effort online in hopes of raising more funds, including money to ship a recently pledged donation of 10 tonnes of supplies, by the end of June.

Dubai continues to climb the ranks as one of the world’s most important financial hubs and for that its airports are playing a major role. Dubai International Airport is the world’s busiest airport by international passenger traffic. Good to know that after 15-month 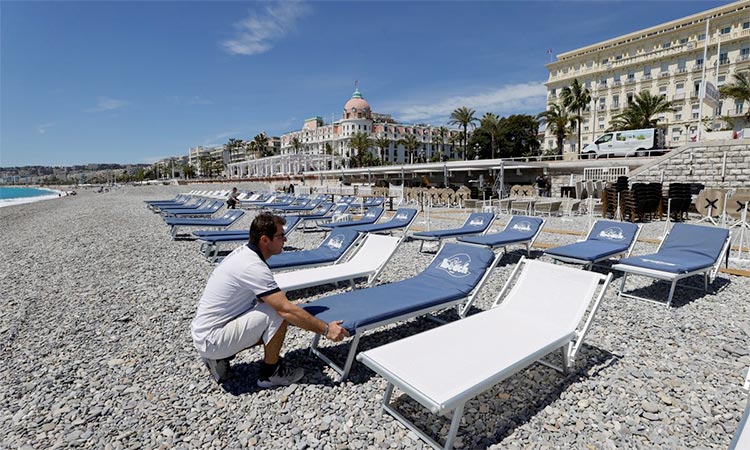 At last, after over a year of being stalked and ravaged by the pandemic, crimping ways of life for millions of people, there is a rainbow on the horizon. Some countries can happily unwind, particularly those in Europe. The French returned to their beloved cafe terraces