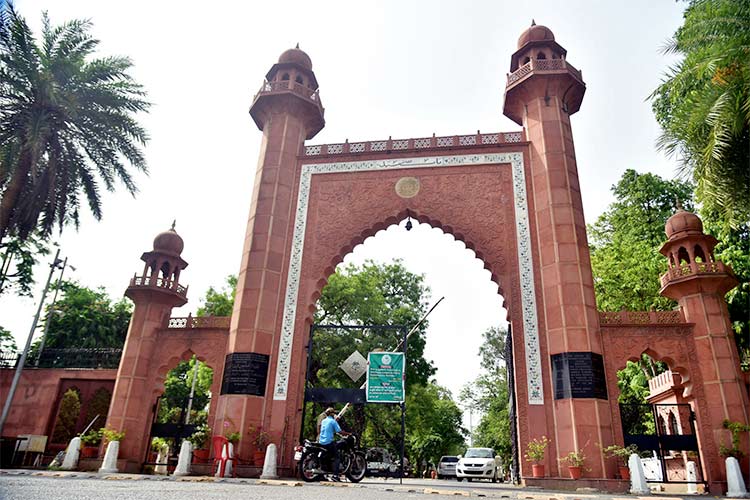 Both were confident the 48-year-old academic would be heading home soon, until a coronavirus test came back positive and physicians ordered him moved to the isolation ward — known by many at the university hospital as the “dark room” because so few who entered came out alive.

“I could visibly see fear in his eyes,” Hassan recalled.

Two days later Dr Jibraeil was dead, one of nearly 50 professors and non-teaching staff at AMU, one of India’s top universities, who fell victim to the coronavirus as it ripped through the country in April and May. AMU’s tragedy was repeated across India as schools suffered similar blows to their faculty, and the loss of their knowledge — and in many cases friendship and guidance — has been devastating to the academic community.

One of the oldest universities in India, AMU has produced generations of politicians, jurists and scholars. The university has been the seat of modern education for many Muslims in the Indian subcontinent and an intellectual cradle for the community. It was primarily founded to educate India’s Muslims, who now make up about 14% of the country’s population.

Within just one month, the official Facebook page of Aligarh Muslim University, one of the topmost in India, published about two dozen obituaries of its teachers, all lost to the pandemic. Across the country, the deaths of educators during the devastating surge in April and May have left students and staff members grief-stricken and close-knit university communities shaken.

The zoologist “touched the lives of a generation of his students.” The physician was “an exceptional clinician, teacher and human being, who mentored many generations.” The psychologist was a “vibrant presence” and was “known for conducting high-quality research.”

And Jibraeil, an assistant professor of history who went by only one name, was a “dedicated teacher, who loved his work and cared deeply about students.”

At the height of the surge, Kidwai recalled seeing colleagues carried off in ambulances to the hospital; some returning later to be buried in the over century-old campus graveyard, which ran out of space and fresh graves had to be dug over old ones.

“It was deeply harrowing,” he said.

There is no official count of how many professors have died during the pandemic, but many top Indian universities have reported situations similar to that at AMU. Delhi University, in India’s capital, and affiliated colleges lost 35 teachers. In Jamia Millia Islamia, another university in the capital, four professors and 15 staff members fell to the virus.

The pandemic has been equally devastating for government schoolteachers in some areas. More than 1,600 died in Uttar Pradesh, one of India’s 28 states, where many are thought to have become infected after being forced to staff polling stations, over their objections, for an election held during the surge.

The academics were just a small part of the ghastly scenes that played out across India in April and May as its health system collapsed under a sudden, severe spike in cases that caught the government unprepared.

Some died in ambulances. Those who made it to hospitals were often left gasping for breath amid dramatic shortages of oxygen and ventilators. Crematoriums burned bodies day and night, at times in pyres outside their overwhelmed facilities.

More than 180,000 died in those two months, nearly half the 383,490 confirmed fatalities in India since the beginning of the pandemic.

As the surge has waned in recent weeks, AMU authorities and students have begun assessing the ledger of loss.

They say the deaths of educators have left a void and their grief has been exacerbated by pandemic-induced isolation, with memorials postponed indefinitely or held virtually.

“We want to celebrate the lives of those we lost, but the entire university is empty,” said AMU’s Kidwai. “Without that, I feel, students will feel a lingering sense of loss.”

With universities still closed, the situation has left many students grappling with uncertainty.

The same day Jibraeil died, AMU doctoral student Shah Mehvish learned her thesis supervisor, 63-year-old Sajid Ali Khan, had also died after being infected. The 28-year-old, one of Khan’s six Ph.D. students in her fourth year researching clinical psychology, said she cried and felt numb when she learned of his death. “His loss has left a void in my heart which is hard to fill,” she said.

Now, weeks later, she is contemplating the challenge in completing her research without Khan’s tutelage, which has left her “feeling anxious.”

“The cooperative relationship between teacher and researcher takes a lot of time and effort,” she said. “I don’t know how long it would take to familiarise myself with a new guide.”

For Hassan, also working toward his Ph.D., Jibraeil was more than just his former history professor.

The two had developed a close friendship since first meeting some five years ago when Hassan was an undergraduate and Jibraeil was his teacher. Over the years, the professor had gone out of his way to help Hassan, lending him books, guiding him in his research into modern Indian history, and even helped him out with a financial loan.

In ordinary times, the burial of a popular professor like Jibraeil would have brought hundreds to the graveyard just on the university’s campus.

But due to the pandemic lockdown, people were forbidden from such a gathering, including Jibraeil’s wife, Falak Naaz, and his two young children.

Following mandatory Muslim funeral prayers attended by several dozen friends and colleagues, all were ushered out of the cemetery before the burial.

Desperate to pay his last regards, Hassan volunteered to assist in the burial, helping to lower Jibraeil’s body into his grave.

Alone at the cemetery on a hot summer evening, with only the Muslim cleric who gave last rites and the three medics who had accompanied the body from the hospital morgue, Hassan said his final farewells.

“I’ve never seen such a silent and lonely burial,” Hassan said. India reported on Saturday 60,753 new COVID-19 cases and 1,647 deaths over the past 24 hours, according to a government statement.

From January, India began exporting vaccines to more than 90 countries. But the exports stopped when infections soared in India, leaving many developing countries without adequate supplies and affecting millions of people.

While much of India’s vast rural hinterlands were largely spared from COVID-19 last year, that has not been the case during the recent surge. Access to healthcare is much more limited in the countryside, raising fears that the virus could rip through small towns and villages unabated. 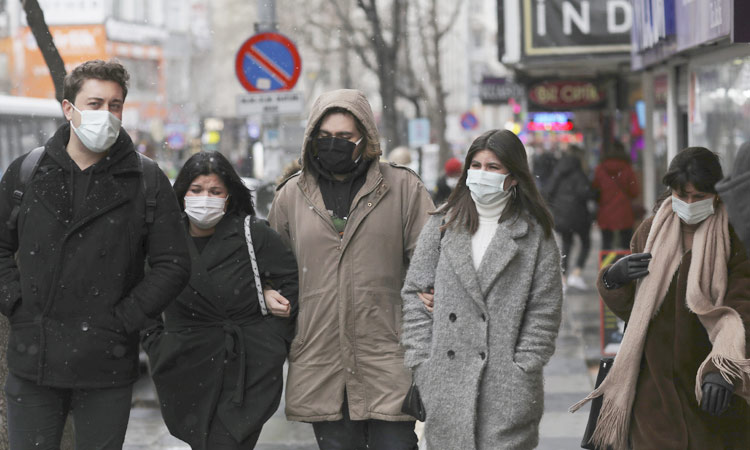 The number of confirmed daily infections have since almost tripled to around 30,000, matching the record numbers that were reported in December. The country is also reporting around 150 deaths per day, up from around 65 at the start of the month.