It’ll be tough to keep the camaraderie alive - GulfToday 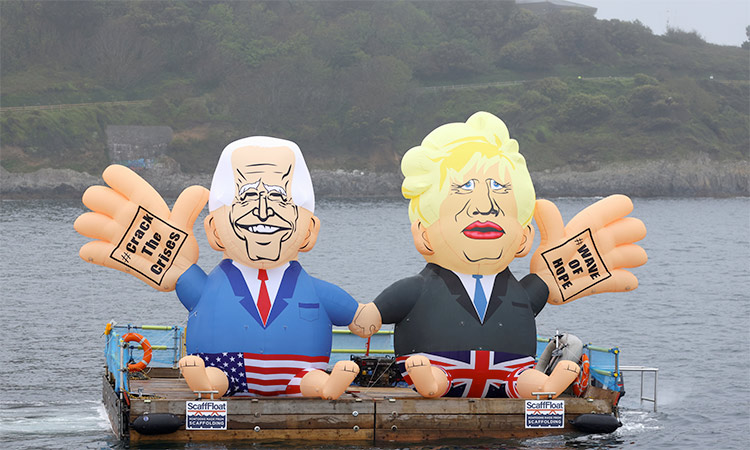 Inflatable dummies depicting Joe Biden and Boris Johnson are displayed on a pontoon floating off Gyllyngvase Beach during an action organised by Crack the Crisis in Falmouth, on the sidelines of G7 summit in Cornwall, Britain. Reuters

Joe Biden’s “American Rescue Plan” has recently drawn lots of comparisons to another Democratic president who confronted severe domestic hardship and global catastrophe: Franklin D Roosevelt. For Biden, a history and politics graduate, FDR is clearly the man to emulate.

Where Roosevelt encountered the profound challenges of economic depression and world war, Biden is confronted by the Covid-19 pandemic and its associated fallout. Hardly surprising that as he seeks Congressional support for his fiscal stimulus package the 46th president has found inspiration in FDR’s example. Who better to turn to than the man whose “New Deal” aimed to revive the US economy during the Great Depression of the 1930s?

Biden’s adoption of a Rooseveltian style is, of course, intended for domestic consumption. This is about tapping the well-spring of American history to find a language for the moment. But in modelling himself on FDR, Biden has also provided Boris Johnson’s team at No 10 with an invaluable opportunity. After all, the prime minister has his own famous role model: Winston Churchill — the very figure who worked so hard to build a “special relationship” with FDR in the 1940s. Johnson’s speeches are peppered with Churchillian phrases, and he is the author of a biography of Britain’s wartime leader.

Perhaps a Rooseveltian-Biden and a wannabe-Churchill-Johnson can forge a close common bond?

The relationship between Biden and Boris has had a difficult start. Johnson’s decision to cultivate a rapport with President Trump is one significant hindrance. Back in 2018, the then foreign secretary Johnson purportedly said he was “increasingly admiring of Trump”. Once in Downing Street the fawning continued, to the evident delight of the man in Washington. The feeling was (almost) mutual. When Boris won the 2019 general election the reality-TV-star-turned-president could find no higher praise than to call him “Britain Trump”. Even their biographies obliged: here were two white middle-aged men sporting similarly improbable blond mops, one of whom (Trump) had a Scottish mother and the other of whom (Johnson) was born in New York.

In contrast, the Boris-Biden pairing presents rather more challenges. Ideologically, this Democrat president and Conservative prime minister are some ways apart — recall here Biden’s quip that he saw in Johnson a “physical and emotional clone” of Trump.

Then there are the tensions connected to policy. Johnson’s government is desperate for an American trade deal. For Biden, meanwhile, whose former boss Barack Obama declared prior to the Brexit referendum that Britain would be “back of the queue” for any such deal, there are more pressing concerns. Central is the Northern Ireland border and the Good Friday Agreement, issues in which the Irish-American Biden is keenly interested.

Factor in that among Biden’s first moves as president was redecorating the Oval Office and — to the outrage of British tabloids — removing the bust of Boris’s hero, Churchill, and it’s not unreasonable to assume this week’s meeting prior to the G7 may be awkward. Temperamentally, the two are poles apart. And, of course, they represent nations with vastly different reach and resources, something of which every British prime minister since the war has been acutely aware.

Yet although any Biden-Boris relationship must seem rather distant from that of their illustrious wartime predecessors, seen from another perspective, certain similarities emerge. In fact, the relationship between Roosevelt and Churchill was more complicated than the bromance depicted by many, including the current prime minister himself.

Throughout the Second World War, there were serious tensions between the two statesmen, not only over strategy but also over why they were fighting at all.

Churchill fiercely resisted Roosevelt’s insistence on a cross-channel invasion, believing that military action in the Mediterranean and Balkans would bring about victory. Roosevelt sought to abolish empire, Churchill to uphold it. They fought over free trade, over democratic elections in Poland and, above all, over future relations with the Soviet Union.

These arguments must be seen in the broader context of an unusually close partnership between the Allied leaders. Yet it was also true that Roosevelt did not allow sentiment to interfere when it came to differences of opinion with Churchill. By the time of the Yalta Conference in February 1945, Roosevelt sided not with Churchill but with Stalin on almost every aspect of plans for the post-war reconstruction of Europe.

As Churchill’s marginalisation suggests, the most important lesson to be learned from the wartime alliance was that while it saved Britain from surrender it also ensured the country’s eclipse as a world power. Between 1941 and 1945, the United States assumed ever-greater leadership of the Allied war effort, relegating Britain from the equal partnership anticipated by Churchill into a subordinate role.

Seen like this, the issues straining contemporary Anglo-American relations today are not that unusual. Where Boris seeks American favour due to the immense challenges presented by Brexit and Covid-19, Churchill — confronting the outbreak of war in Europe — likewise looked across the pond for succour and support. Where for Boris the objective is a free trade agreement, for Winston, the objective was surplus American destroyers. And for both prime ministers — similarly conscious of the huge disparity in power between London and Washington — securing transatlantic trade lines was and is crucial.

For Biden, too, the path adopted by FDR all those years ago suggests a route that might be followed. Warm and empathetic in manner, Biden will declare his commitment to the special relationship. But as a seasoned politician with decades of experience he will do so with reference to a complex geo-political picture, one in which various other long-standing relationships — with France, Germany, South Korea and Japan — all require attention. He is not quite so coldly calculating as FDR could be. Yet like the wartime president he will celebrate the “special relationship” only so much as it accommodates his various other domestic and foreign policy priorities.

We may, then, be witness to something rather ironic in the coming days and weeks. Like his hero, Churchill, Johnson will surely do all he can to curry American goodwill. And like FDR, Biden will surely reciprocate, but only as far as diplomacy demands. Perhaps, then, Boris will indeed get his “special relationship”, albeit not quite the one he imagines or desires.

“It was something that was discussed yesterday and we’ve got an idea about how to take it forward, but it’s not something we’ll be announcing imminently,” Raab told Sky news on Friday.

Biden and Johnson met in Cornwall, southwest England, before the start of the G7 Summit on Friday. 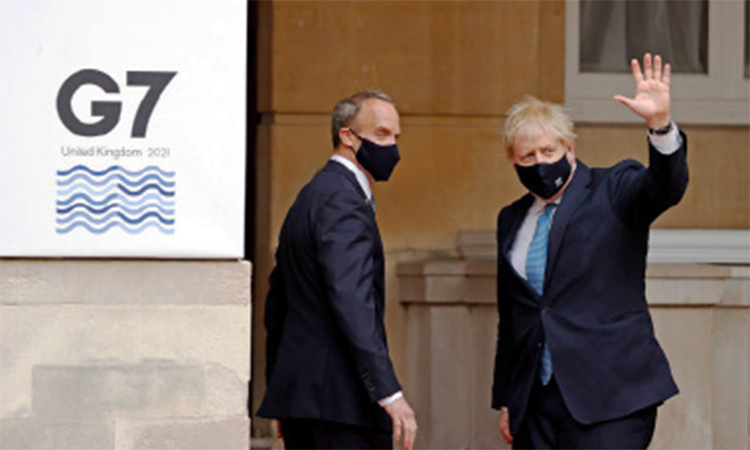 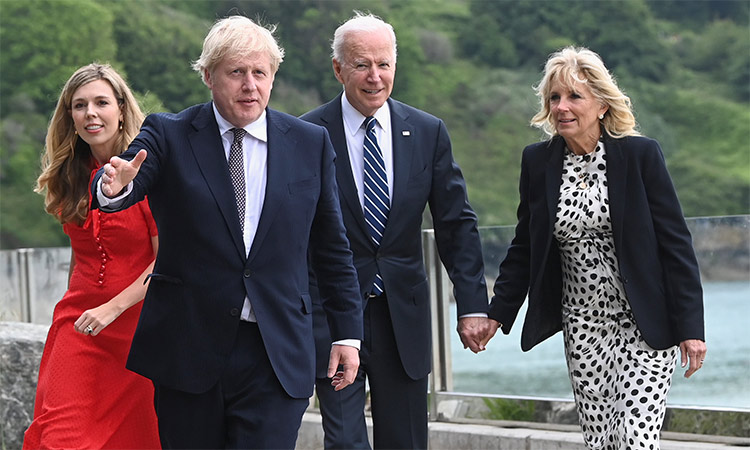 G7 summit: This one needs to be different

Biarritz, Quebec, Sicily, Shima, and Bavaria. Only the most obsessive followers of politics might recognise these locations as the five most recent places to host the annual G7 summit. If they are remembered at all, G7 gatherings are usually notable