US politics: What does Brett Kavanaugh think of precedent? - GulfToday

US politics: What does Brett Kavanaugh think of precedent? 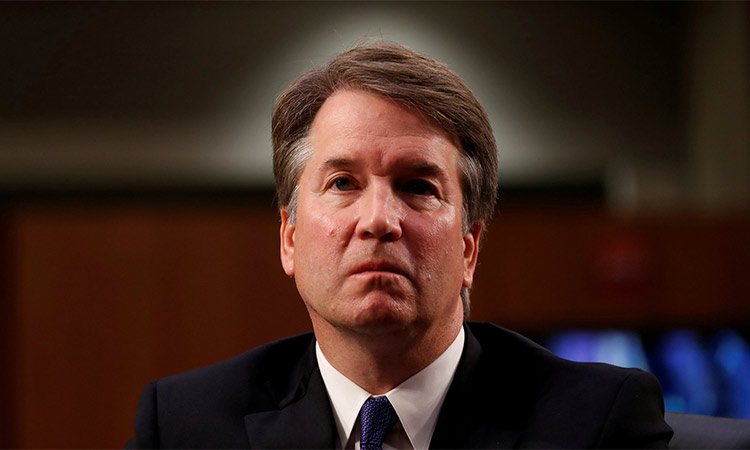 The Supreme Court faces three major issues in our current historical moment: precedent, precedent and precedent. The big question: will the justices limit abortion rights by overturning the 50-year precedent of Roe v. Wade or the 30-year precedent of Casey v. Planned Parenthood? To try to answer it, court watchers like me spend a lot of our time reading the tea leaves of even relatively minor Supreme Court opinions. And on this issue, no kind of tea is more important than the one that comes in the box labelled Justice Brett Kavanaugh.

On Monday, Kavanaugh joined a short opinion by Justice Sonia Sotomayor in which she commented on the court’s decision to decline a case about whether women should have to start registering for the military draft. Sotomayor’s opinion is intriguing because it addresses precedent in two different ways. Kavanaugh’s decision to join it, along with Justice Stephen Breyer, is more intriguing still.

Sotomayor’s opinion first engages precedent by noting that under the Supreme Court’s interpretation of the equal protection clause, a law that treat people differently on the basis of sex is unconstitutional unless the government has “an exceedingly persuasive justification” to distinguish the sexes. This doctrine, known to constitutional lawyers as “intermediate scrutiny,” makes it difficult but not impossible for Congress or the states to enact laws that treat men and women differently.

As the name “intermediate” implies, the doctrine was a kind of semi-victory for women’s rights lawyers like then-professor Ruth Bader Ginsburg when they litigated cases before the court in the 1970s and 80s. The feminist lawyers wanted the court to apply strict scrutiny, its highest and toughest form of scrutiny, to sex-based discrimination. The Burger court wouldn’t go that far, reserving strict scrutiny for discrimination on the basis of race. Nonetheless, the intermediate scrutiny doctrine turned out to be strong enough to give feminists many of the victories that they wanted. As Ian Millhiser notes in a helpful column, the fact that Kavanaugh joined an opinion by Sotomayor in which she cites cases establishing the intermediate scrutiny standard means he’s unlikely to vote in the future to change that standard. In that sense, he joined Sotomayor in reaffirming precedent.

Sotomayor — and Kavanaugh — were therefore implying strongly that the 1981 precedent should be overturned because circumstances and attitudes have changed. The opinion concluded by saying that it wasn’t necessary for the Supreme Court to hear the case now, because Congress might change the law that governs the draft, the Selective Service Act, in the near future.

In April 2020, Kavanaugh wrote a 19-page solo concurrence in a criminal case explaining when he thinks it’s appropriate for the court to overturn itself. It was obvious to all observers that he had abortion on the brain.

Now compare that change to the context of abortion rights. The realities of biology haven’t changed for a very long time — and they certainly haven’t changed since 1973, when Roe was decided. While new medical technology has moved heartbeat detection and viability earlier in pregnancy, those changes don’t change the underlying facts. On the other hand, social attitudes about abortion have been in flux.

If Kavanaugh wants to vote to overturn Roe or re-write Casey, he will want to rely on a strong justification to go against precedent. The argument from changed circumstances is one road he could travel. If he does, expect him to cite the Sotomayor opinion he just joined.