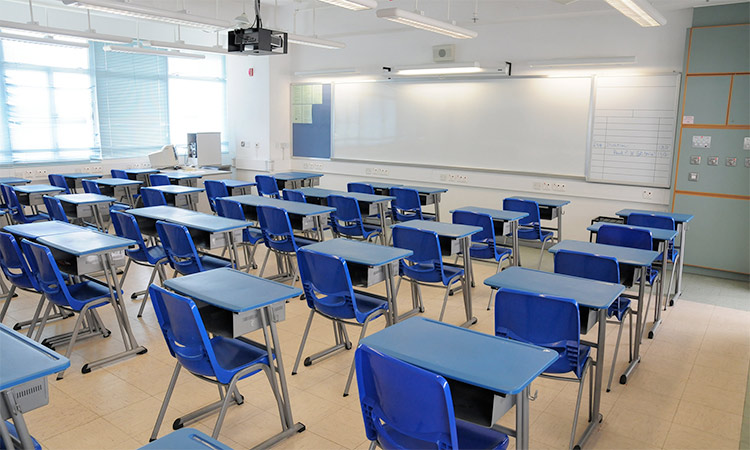 Schools have wasted a chance to learn and get better. Tribune News Service

With less than a month to go before summer holidays, schools in Berlin are about to reopen for normal classroom learning. It’s not much of a relief; I have a sinking feeling that my younger daughter learned nothing at all in sixth grade, when distance learning was mostly the only option. If anything, in subjects she doesn’t enjoy, she seems to have gone backward; and any progress she’s made in foreign languages, at which she excels, owes nothing to formal schooling and everything to YouTube, TikTok and Netflix.

Since her grades have not worsened, I’m guessing that the lack of progress extends to her whole class. But the pandemic didn’t just mean lost opportunities for the kids — schools, too, have wasted a chance to learn and get better.

In March, McKinsey and Co. published the results of an international survey of teachers about learning loss. The German teachers who answered it said an average of 1.7 months of learning had been lost to schoolchildren by early November 2020; they also said remote learning was about 61% as effective as the classroom kind — the second-highest effectiveness rating among the eight nations in the survey (Australia, Canada, China, France, Germany, Japan, UK and US). These estimates were averages — McKinsey interviewed private and public school teachers, and, predictably, the former had a higher opinion of online schooling than the latter; school lockdowns only exacerbated social inequality, as some kids didn’t have their own electronic devices, access to high-speed internet or enough privacy at home to study effectively.

Our family has been luckier than many others in these respects — and yet the numbers in the McKinsey survey seem overoptimistic. In my humble parental opinion, it would be fair to count the entire lockdown as lost time, and although few people would approve of a mandate for everyone to repeat the year, kids will have to make up for it somehow, anyway.

Remote work hasn’t seemed to hurt the businesses that were able to resort to it during the pandemic. In January, 83% of employers surveyed by PwC called the switch to telecommuting a success, compared with 73% in June 2020. Adults capable of holding down modern corporate jobs are, as a rule, well-organised individuals, “self-starters” in job-ad parlance. Some of them may moan about the damage to their social life and networking, but they’ll get results, and they mostly enjoy not having to commute. But the younger the remote “worker,” the greater the damage to productivity. In a recent paper, a group of European academics found that first-year students of physics assessed the effectiveness of remote learning consistently lower than their peers with a few more semesters behind them. For its part, the McKinsey study’s respondents also reported higher learning loss among younger students.

Older students not only have more experience with learning and are thus less dependent on help from instructors and peers. Self-assessments of remote study efficiency were highly correlated with self-organisation abilities. Executive functions — a person’s ability to concentrate and control their behaviour in order to reach goals — continue developing well into young adulthood, so younger people are objectively less able to concentrate than older ones. Some studies suggest that the fastest executive function development takes place between the ages of 10 and 15. So middle-schoolers like my younger daughter, who fall right in the middle of this age interval, cannot adapt as effectively as adults to a “self-starting” situation.

And yet all many schools did was give kids access to the same remote work tools that are used in the corporate world. In Berlin, Microsoft Teams is one of the most widespread online study platforms; my daughter’s private school relies on it for classes, school-related messaging among students, home assignments — every aspect of formal learning. Teams and other general-use products often used in schools during the pandemic — from Slack  to  Zoom — are not exactly edtech; they were developed for distributed teams of adults who are good at maximising efficiency (or they wouldn’t even be in jobs where these products are part of the daily routine) and who are, let’s not forget, paid to do what they do. Kids have no problem using the packages — they are digital natives, after all — but the simple simulation of offline classes via videoconferencing and file-sharing doesn’t really work. Attention starts drifting, not least because these kids are used to multi-tasking on their devices, control is impossible and the reality of deadlines all too easily dissolves in an electronic haze.

To be sure, antiquated rules of discipline, near-totalitarian control and uncreative, repetition-based learning have survived much longer in schools than in other areas of modern life. Teachers and parents alike have accepted that elements of — let’s face it — prison life can sometimes be useful in supplementing children’s underdeveloped executive functions. But normal parents cannot be expected to enforce that kind of discipline at home, at least not in the 21st century, and they are unenforceable electronically without extremely invasive software — like, for example, applications that enable an employer to see what a freelancer is doing every minute of her time on the clock.

When school turned remote, an opportunity arose to experiment with different approaches — for example, and perhaps primarily, with gamification. Competing vigorously for children’s attention against all the distractions of being at home and having access to lots of apps on a device is the most viable alternative to coercion. More systematic research is needed, but some schools have shown that gamification can improve students’ motivation and engagement. Moreover, in an online environment, where a large number of communication channels are open simultaneously, both the demand for a teacher’s personal attention and the opportunities to provide it are much greater than in class — if, that is, a teacher is up to the job of maintaining several chats at once.

I only have anecdotal evidence of this, but the learning loss and other negative impact recorded in surveys like those by McKinsey suggest that schools don’t seem to have risen to the pandemic’s pedagogical challenge. The corporate tools came into broad use early in the pandemic, and a year later, they remain mainstays of online learning. Approaches to teaching haven’t drifted toward more gameplay or more personal support and consultation; I fear that it’s still mostly the same old curriculum, the same old lesson plans, taught now on teamwork platforms as if this in itself were a feat of flexibility and innovation, a heroic effort on teachers’ part now that they can’t physically tower over a classroom full of kids.

It was probably unfair to expect schools, which are by nature conservative institutions, to undergo a revolution in the space of a year. But disappointingly little has changed. When classrooms reopen, most teachers may well heave a sigh of relief and go on as before, as if the year had simply dropped out of everybody’s lives. What worries me, though, is that once that happens, my daughter and her peers will wonder whether school is really all that important. They did without it for a year, more or less — how much can it matter? 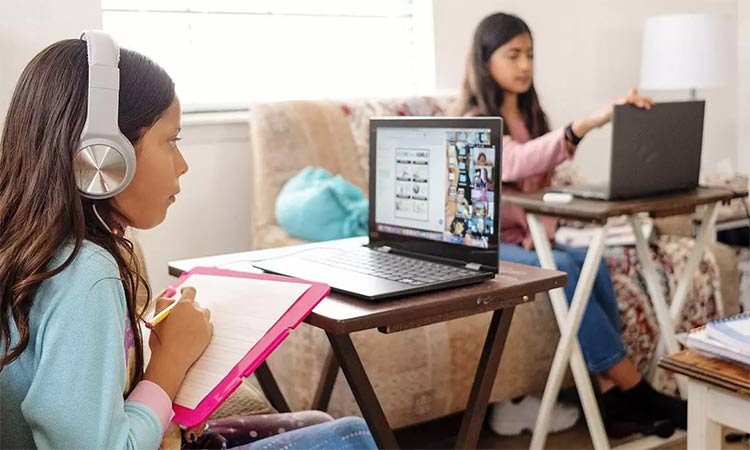 Online cheating is dark side of remote learning

Since there seems to be an app for everything, it may come as no surprise that there is an app for cheating. But it isn’t just one app. It’s hundreds of companies and apps that actually can be used to complete students’ homework,