How US states should spend $350 billion - GulfToday

How US states should spend $350 billion 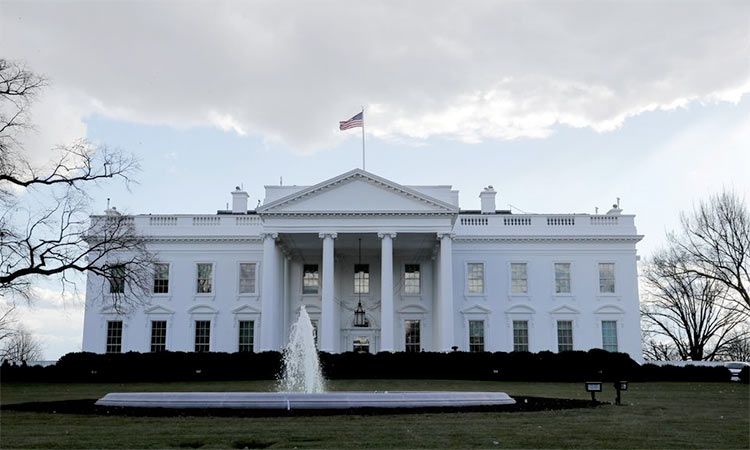 Governors and mayors across the US have had to grapple with previously unthinkable questions over the past year. Do I shut down my economy and upend livelihoods or try to press forward and risk a public-health crisis? How do I pitch my state or city over others when employees and executives are growing more comfortable with the possibility of working from anywhere? How can I most effectively distribute critical vaccines across disparate communities?

After all that, you might say they deserve an easy question. For instance: How would you spend $350 billion?

That, of course, is the amount of aid for state, local and tribal governments included in the $1.9 trillion American Rescue Plan. It was enough for Moody’s Investors Service to brighten its outlook across municipal finance sectors, arguing that the money “will help stabilize state finances.” A strange thing happened along the way, however: Revenue in a majority of states rebounded entirely from the pandemic, with California’s stunning $76 billion surplus as the most prominent example. In the aggregate, total state tax receipts were virtually unchanged in the period from March 2020 through February 2021 relative to the same months a year earlier, according to preliminary monthly data from the Urban Institute.

In other words, instead of hundreds of billions of dollars being used to rebuild ravaged balance sheets from Hartford to Honolulu, many local leaders have the happy conundrum of figuring out how to best spend this surprising windfall, which can be used through 2024. According to the Treasury, allocations are as follows: States and the District of Columbia, $195.3 billion; counties, $65.1 billion; metropolitan cities, $45.6 billion; tribal governments, $20 billion; territories, $4.5 billion. Governors, mayors and county executives are accustomed to making each dollar go further than the federal government because they must balance their budgets. Two things they can’t do with the money: Fund tax cuts or pension contributions.

Here are a few ideas for what they can and should do:

State and local governments haven’t hired much at all over the past year, with jobs still down 1.3 million since February 2020. That should change. In the words of the Treasury’s interim final rule on the recovery money: “Employment losses decrease a state or local government’s ability to effectively administer services. Thus, the interim final rule includes as an eligible use payroll, covered benefits, and other costs associated with rehiring public sector staff, up to the pre-pandemic staffing level of the government.”

Economists widely agree that the austerity measures put in place by governors and mayors after the 2008 financial crisis held back the US economy from reaching its full potential. To avoid making the same mistake, states and cities should bulk up their workforces. Those salaries tend to flow back into local businesses anyway.

More than many other public policies, education is fundamentally a local issue that starts with parents and extends to teachers and school districts. Especially when people may have more choice than ever in where they choose to live, states and cities would be smart to strengthen their educational offerings to attract and retain families.

Gov. Gavin Newsom of California, for instance, plans to extend universal preschool with the state’s huge windfall. This makes a lot of sense. Consider a Rasmussen University post from September on the pros and cons: Advantages include that it could give more children access to high-quality education, it can help close the quality gap, classrooms could be more diverse and parents can be more involved. Sounds great — what’s the holdup? “A lack of sustained and reliable funding.”

For states and cities that don’t have a California-sized surplus, Treasury’s guidelines specifically allow for addressing educational disparities, which includes “new, expanded, or enhanced early learning services, including prekindergarten, Head Start, or partnerships between prekindergarten programs and local education authorities, or administration of those services.” Studies suggest that once these programs are up and running, they’ll more than pay for themselves by reducing costs tied to juvenile crime, special education and grade retention.

This is precisely the kind of long-term, cost-effective policy that other governors should emulate. That is, of course, if President Joe Biden doesn’t beat them to the punch: His American Families Plan calls for $200 billion for free universal preschool for all 3- and 4-year-olds.

America can’t  bounce back without New York City, and the city  can’t recover without its public transit system, which had more riders in 2019 than the next 11 largest US transit agencies combined. Gov. Andrew Cuomo has said that “New Yorkers don’t feel safe” yet riding the subways, and he should heed the Metropolitan Transportation Authority’s call for more resources. Other large urban transit systems, such as the one in Chicago, could also use a boost. Buses and trains are a crucial affordable transportation option for lower-wage workers to commute to their jobs. If they’re not safe or clean, however, is it any surprise that these individuals would prefer to remain on the sidelines of the workforce?

At the same time, homelessness was already on the rise before COVID-19. The 50 largest US cities experienced a 2.9% jump in homeless individuals from 2019 to 2020, according to a report from the US Department of Housing and Urban Development that studied trends from January 2020. While that was actually lower than the 3.3% nationwide increase, more than half of homeless individuals across the country are in one of those cities. What’s worse, 2020 was the first year when more homeless people were unsheltered than sheltered, according to HUD data. California accounted for more than half of those in unsheltered locations, which is why Newsom is planning to devote $12 billion to address the state’s chronic homelessness epidemic. Other states should funnel money to areas with high housing insecurity.

Combined, these two measures would go a long way toward cementing the revival of big US cities.

My Bloomberg Opinion colleague Tara Lachapelle has done a great job chronicling the so-called digital divide in America, which refers to the lack of reliable internet access in certain areas and has exacerbated long-standing inequalities during the pandemic. Like free universal preschool, it’s something that Biden has promised to tackle at the federal level, but state and local leaders should also step up and lead the charge.

The number of Americans without broadband-speed internet depends on who you ask. The Federal Communications Commission estimates 18 million people don’t have broadband access, but Microsoft Corp. data from November 2019 puts the number who don’t use the internet at 25 megabits per second at closer to 157 million. It’s not exclusively a rural-urban divide, but surveys show those outside city centers are less likely to have  home internet service.

Consider just one of the popular new destinations in the work-from-anywhere era: Boise, Idaho, which had the  steepest rent increases in the country over the past year. It likely helps that it has fast internet options. Cable One Inc. launched what it called “Piranha Fiber — Ferociously Fast Internet” for businesses in 2018, which it said at the time “puts Boise on the map as one of first 2 gigabit cities in the country.”