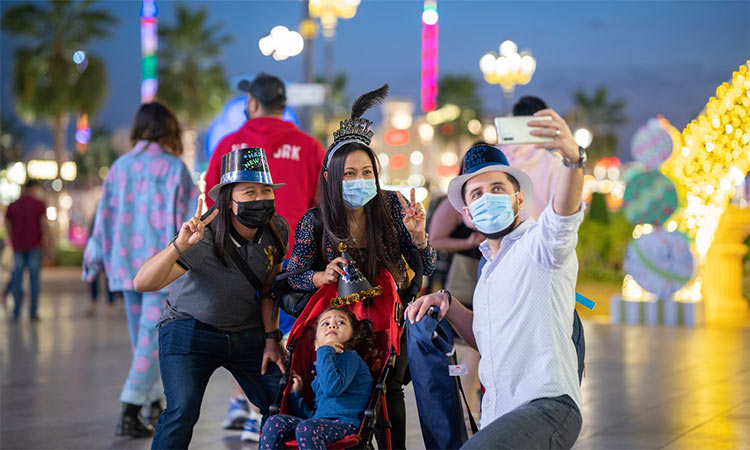 The UAE’s tourism and travel sectors have quickly managed to return to good growth rates.

Once again, the UAE has come up trumps where global prestige is concerned. That too not just in one area.

The nation has been ranked among the top 20 countries in the world during the year 2020 in five indices related to the competitiveness of the tourism sector in the country according to the Federal Competitiveness and Statistics Centre (FCSC).

According to the Travel & Tourism Competitiveness Report, the UAE ranked first in the world in the index of the presence of the largest car rental companies, while it came sixth in the sustainability and development index and seventh in the quality of tourism infrastructure index.

The country also ranked eighth in the world in marketing effectiveness to attract tourists, according to the report.

Despite the slowdown that affected all economic sectors across the world during the past year, the UAE’s economic sectors, including tourism and travel, have quickly managed to return to achieving good growth rates, which reflects the strength and resilience of the national economy in general.

In 2020, the UAE’s economy showed a remarkable ability to overcome the impact of the coronavirus pandemic.

The UAE was among the first countries to start this recovery phase, ranking first in the Arab region in the COVID Economic Recovery Index Ranking issued by the Horizon Research Group.

According to statistics issued by FCSC, the tourism and hotel sectors in the UAE witnessed a growth of 158.3 per cent during the third quarter of 2020 compared to the second quarter of the same year.

The number of hotel guests in the country increased to about 3.385 million from July to August of 2020, compared with 1.31 million from March to the end of June of the same year.

The number of hotel rooms increased from 135,031 rooms to 164,935 rooms during the same comparison periods.

In December 2020, the UAE government received the highest sovereign rating in the region – with a stable outlook for the national economy by the international rating agency, Moody’s. This is another testament to the success of the country’s financial and economic vision and policies, and the strength and stability of its economic, financial and credit sectors.

The UAE has worked over the past years to launch many initiatives, both at the federal and local level, to develop the tourism and travel sector, which, with the support of these initiatives, has become one of the most important tributaries of economic diversification in the country.

Dubai has created an ideal symmetry and harmony between safety precautions and holiday destinations and delivered on its promise to welcome global visitors.

At a time when the economy in other countries is taking a hit because of the coronavirus, the UAE is going against the grain of decline. To illustrate. In implementation of the directives of His Highness Sheikh Mohamed Bin Zayed Al Nahyan, Crown Prince of Abu Dhabi and Deputy Supreme Commander of the UAE Armed Forces, the UAE has announced that it will invest $10 billion with Indonesia’s sovereign wealth fund – Indonesia Investment Authority.

The UAE also announced a $3 billion investment in Iraq in a fresh bid to strengthen the economic and investment relations between the two nations.

The new investments are aimed to tap new prospects of partnerships between the two countries and accelerating socio-economic and developmental growth in support of the people of Iraq.

Truly, the economy is on song. A good deal of it is due to the able guidance and stewardship of the leaders, who have a rare vision. Their industrial-strength measures to keep the coronavirus in check has paid rich dividends.

Visa extension a huge relief for tourists in the UAE

His Highness Sheikh Mohammed Bin Rashid Al Maktoum, Vice-President and Prime Minister of the UAE and Ruler of Dubai, issued instructions extending tourist visas for one month without government fees, to address the difficulties faced

The UAE, specifically Dubai, will be the first official home of the Japan National Tourism Organisation (JNTO) in the region from 2021. This is so now as the government entity that provides comprehensive information