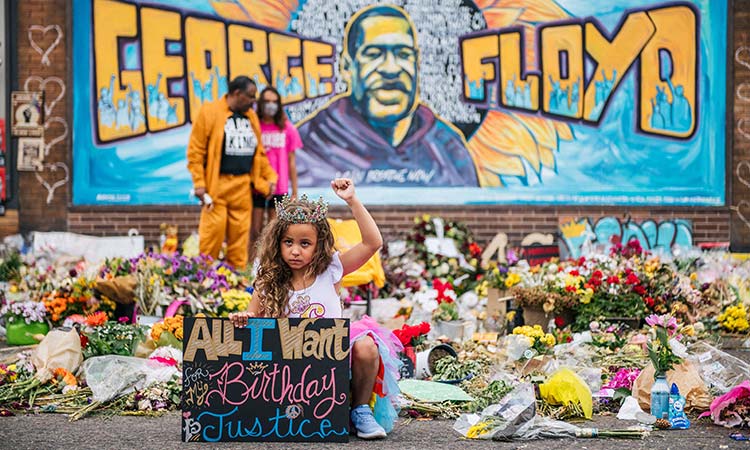 It will take a lot of time for Gianna Floyd to understand how the world works. Reuters

Days after her father was murdered by police, George Floyd’s 6-year-old daughter proclaimed that her “daddy changed the world.”

Oh, how we wish that were true.

In the immediate aftermath of Floyd’s death, Gianna saw hundreds of thousands of people of every race take to the streets of America to call for change. People in Britain, France, Germany and Australia protested in solidarity, and for change in their own countries.

In her young mind, the blatant act of criminal injustice inflicted on her father was so intolerable that it could not possibly be repeated. She apparently believed that everyone who watched the video of then-Officer Derek Chauvin pressing his knee on her father’s neck would say, “Never again.” She could not fathom how they could not.

But the killings kept happening, over and over again.

On the anniversary of her father’s death Tuesday, Gianna joined her family at the White House for a meeting with President Joe Biden. Afterward, on the lawn, she led a chant calling for them to say Floyd’s name.

Let’s not forget those who were killed after Floyd. Adam Toledo, Ma’Khia Bryant, Andre Hill, Rayshard Brooks, Walter Wallace, Daunte Wright and Andrew Brown are a few of them.

How wonderful it would be to have the optimism of a child, before the reality of the world takes hold. Adults who previously have made calls for change know that it does not happen quickly.

The world does not self-correct. It does not welcome change. Rather, it fights change at every turn.

We are told to be patient because change takes its own sweet time. Sometimes it takes so long that it reverses backward before inching forward again. Often, change never reaches the finish line. It just stalls until another tragic event renews the call.

Change can be merely cosmetic. It does not venture beneath the surface where the tools needed for substantial impact are buried. It amounts to superficial pandering, but we accept it because it is the best we can get for now.

Floyd’s death prompted the removal of Confederate monuments. NASCAR banned the Confederate flag at its racetracks. Aunt Jemima and Uncle Ben are no long the faces of pancake syrup and long-grain rice. And people who had never heard of Juneteenth now know that it commemorates the day slaves in Texas learned they were free, two and a half years after the Emancipation Proclamation was signed.

It is shameful that it took a man’s death to make organizations such as NASCAR and Quaker Oats do what they should have done a long time ago. It is disheartening that a man had to die before many Americans took the time to Google the unofficial holiday Black people all over this country have celebrated for generations on June 19.

Such superficial changes can trick us into believing that cities and corporations are standing with us. But these efforts primarily are designed to make those responsible feel better and to help their brands weather the storm.

Last year’s protests sought substantive changes, which are harder to come by. But there has been progress. In the past year, state legislatures passed at least 140 new police reform laws.

Police now have stricter rules regarding the use of force. Several cities have banned “no-knock” warrants, such as the one that led to Breonna Taylor’s killing two months before Floyd’s. Some police departments have eliminated the use of chokeholds and other arrest restraints that are both inhumane and deadly.

Still, true police reform is a long way off.

The greatest obstacle to change always has been the status quo. If we were to resurrect our childlike optimism, we would insist that we could accomplish our goals simply by barreling ahead, knocking aside anyone who gets in our way.

But the anti-change coalition is a powerful foe. It used our movement against us by convincing those on the fringes that change is not in their best interest. Change has become a wedge issue with social and political ramifications.

One of the biggest problems with change is that the people calling for it rarely agree on what change means. We have different agendas, varying priorities and unrealistic visions of what change should look like in the end.

Those who prefer that things remain the same have capitalized on our divisions. They sowed distrust among us, and over the past year, many of those who once stood on the side of change drifted back into neutrality. 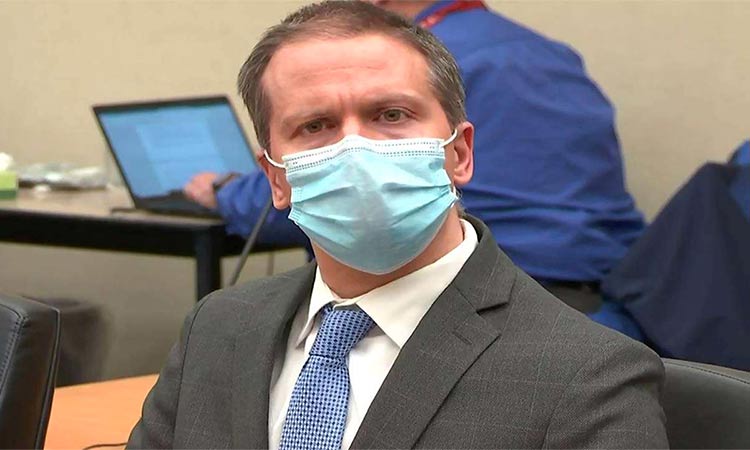