You can’t be a gangster and a good parent - GulfToday 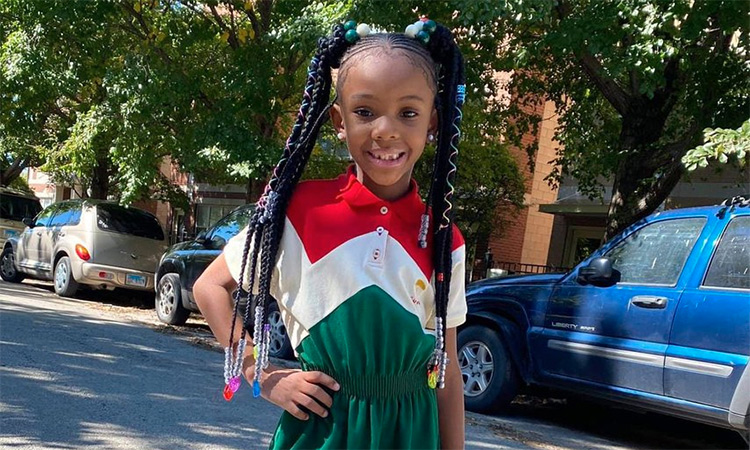 Now that the three men accused of killing 7-year-old Jaslyn Adams at a McDonald’s drive-thru in Chicago are in custody, let’s ask the question many of have wondered about from the start.

If her father was the intended target, as police suspect, why would he have allowed his daughter to be in his presence? A loving father, it seems, would have done everything possible to stay clear of his child. She never would have been in his car.

There is no simple answer. All the questions surrounding Chicago’s gang violence are multidimensional and seemingly illogical. That’s why it’s so hard to find solutions.

This is not an attempt to justify Jontae Adams’ lifestyle that may have led to his daughter’s death. Rather, it is a different perspective on the relationship between Black men and their children, often hidden beneath the ruins of violence.

Contrary to the racial stereotype of deadbeat dads, most Black men love and care for their children, though they may not live in the home. Jaslyn’s killing, as tragic as it was, is an example of how innocent children can become victims of their distorted view of love.

Some men don’t understand that they cannot have it both ways. Those who engage in gang activity should have to make a choice — either give up gang life or forfeit the ability to be a good dad.

A man who puts his children in danger, even for love, is not a good father no matter how much he proclaims to be. When a bullet meant for him kills a child, he becomes an unwitting accomplice in the murder.

He is as irresponsible as a father who drives drunk with his kids in the car or an opioid abuser who gets high at home while young children are in his care.

Adams appeared recently on “The WGCI Morning Show” and defended his role as a parent. He was a doting dad — an imperfect one for sure — but not necessarily an uncaring one.

The 29-year-old father said he knew people were out to harm him — but not that specific day. On the day gunmen riddled his car with bullets, striking Jaslyn six times, Adams said he was only thinking about being a dad and making his baby happy. He was shot in the torso but is expected to fully recover. Radio host Leon Rogers asked Adams why he put his daughter at risk. As one Black dad to another, Rogers questioned how Adams could have been so reckless.

Indeed, with all the killings in Chicago, he should have known that children are not sacred in gang wars. There are too many tragic stories of young children getting shot because they happened to be with their father.

It was a tough conversation, Rogers admitted. But a little girl is dead, and some things needed to be explained. “My man, quite honestly, you’re saying you do what you do … and there might be some people that are out to hurt you and do things to you. I’m speaking to you as a Black father,” Rogers said.

“How, if you know that is even a thing, how do you consciously make the decision to move around with that baby girl, knowing there is possibly someone out there who wants to hurt you?

“As much as you love and care about her, how could you pick her up knowing that’s a possibility?” he asked.

Adams seemed to be caught off-guard. His answer was long and jumbled.

It is hard to fathom imperfect people, whether they are caught up in gang activity, alcoholism or opioid abuse, as caring for anyone but themselves.

Sure, some are so self-absorbed that everything but their lifestyle is secondary. Others, however, think they can balance being a father with everything else.

It’s impossible. Ultimately, they fail, and innocent children too often pay the price.

One thing we know is that children tend to love their parents regardless of their imperfections. Little girls want to spend time with their dads, and dads enjoy being with them. Jaslyn’s last words, Adams said, were, “Daddy, daddy.”

Though Adams has a long history of trouble with the law, mostly involving drug dealing on the West Side several years ago, he thought of himself as a good father to Jaslyn. He also defended his parenting on Facebook. But deep inside, he must know that he fell short.

The day before the shooting, Adams tweeted, “Opps probably downstairs waiting on me,” indicating that he knew he was being pursued by his enemies.

On the radio, Adams pondered whether the tweet led to his daughter’s death, though he described himself as a comedian and rapper and insisted it was a joke. Words and videos posted on social media have consequences in the cycle of senseless killings.