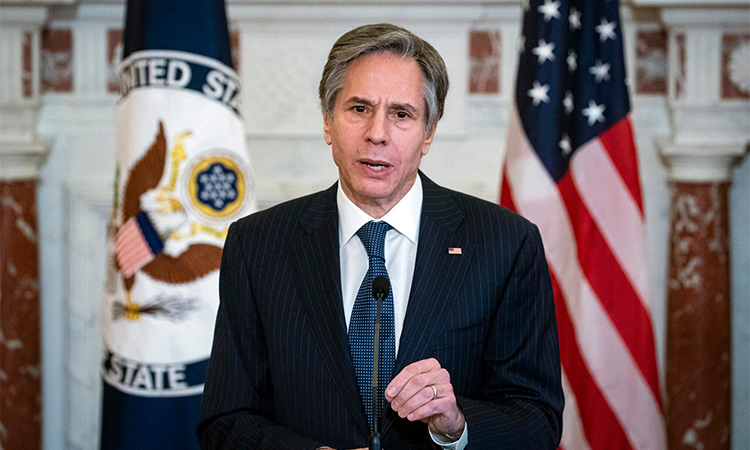 US Secretary of State Antony Blinken talks to the media in Washington. Reuters

But after a Gaza conflict that required intensive behind-the-scenes US diplomacy, his aides are having to reorder their priorities as they seek to stabilise an Israel-Hamas ceasefire, craft a reconstruction aid plan for the Palestinians and prevent a recurrence of what became Biden’s first foreign policy crisis.

The focus, one US official said, is on “what would come next, with an eye towards moving beyond the violence ... so that we do all we can to minimise the chances that we find ourselves back here in five years or two years.”

The administration’s more activist tone is a clear departure from the stand-back approach that marked the first few months in office for a president reluctant to tackle the decades-old Israeli-Palestinian conflict, which confounded the peacemaking efforts of his recent predecessors.

He still has shown no immediate interest in plunging into a new bid to revitalise long-dormant peace efforts at a time when most analysts see little or no prospect for successful negotiations.

But there are growing signs of renewed US engagement now that the rocket fire from Gaza and Israeli bombardments appear to have ceased. This comes after Biden faced heavy pressure to take on a more assertive role — as well as a stronger line with Israel — from progressive Democrats whose support was crucial to his 2020 election victory.

Following what US officials described as round-the-clock diplomatic contacts that helped achieve a ceasefire deal on Thursday, Biden is dispatching Secretary of State Antony Blinken to meet Israeli, Palestinian and regional leaders in the coming days on his first visit to the Middle East.

Topping the list of US tasks will be to assemble major humanitarian and reconstruction aid for Gaza. After days of Israeli air strikes, Gaza officials said 16,800 homes had been damaged, and residents were receiving only three or four hours of power a day. Palestinian officials put the cost of reconstruction in the tens of millions of dollars.

Biden said on Thursday the United States would work through the United Nations and with other international stakeholders and that such assistance would be coordinated with the Palestinian Authority, Hamas’ rival, which governs only in parts of the occupied West Bank. Hamas is deemed a terrorist group in the West and by Israel, which the militants have vowed to destroy.

US officials said the administration was preparing an assistance package and announcements are expected soon. That would be in addition to the $235 million in US aid to the Palestinians announced in April, restarting funding for the United Nations agency supporting refugees and restoring other assistance cut off by then-President Donald Trump.

Another move under consideration aimed at repairing ties with the Palestinians that all but collapsed during Trump’s tenure would be reopening the US consulate in East Jerusalem that served the Palestinians and which Trump closed, a person close to the matter said.

At the same time, the Biden administration is looking to leverage the Abraham Accords, agreements reached under Trump for normalisation of relations between Israel and Gulf neighbours Bahrain and the United Arab Emirates as well as Morocco and Sudan, to help facilitate contacts between Israel and the Palestinians, US officials said.

Biden spoke to Netanyahu six times during ceasefire negotiations, and though the right-wing leader, who was close to Trump, ultimately agreed to halt air strikes, they remain at odds over the Iran nuclear deal and other issues.

Progressive Democrats said they were pleased with the ceasefire but called on the Biden administration to work towards a longer-term solution.

“We can build on this progress by addressing the root causes of the violence, and work towards a two-state solution, and an end to the blockade & occupation, while pressing for a lasting peace for Israelis & Palestinians,” US Representative Ro Khanna wrote on Twitter.

Pressure on the Biden administration is also building internationally.

At the United Nations, a senior Arab diplomat, speaking on condition of anonymity, said “immediate engagement with the heavy weight” of the US administration was now needed within the “right parameters” to resume broader efforts to achieve peace.

There has even been talk of revitalising the Middle East quartet of mediators — a longtime grouping of the United States, Russia, the European Union and the United Nations that was little used during the Trump years — to try to coax the Israelis and Palestinians back to the negotiating table.

But analysts hold out little hope for any major diplomatic initiative anytime soon.

Moreover, US Secretary of State Antony Blinken began a Middle East visit in Israel on Tuesday, hoping to bolster its ceasefire with Gaza’s ruling Hamas and help speed humanitarian aid to the devastated Palestinian enclave.

In tandem with Blinken’s mission, Israeli authorities said they were allowing fuel, medicine and food earmarked for Gaza’s private sector to enter the territory for the first time since 11 days of cross-border hostilities started on May 10.

Blinken was also due to visit Ramallah in the occupied West Bank, Cairo and Amman, with the United States harbouring “every hope and expectation” the ceasefire would continue to hold, a senior State Department official said.

“Our primary focus is on maintaining the ceasefire, getting the assistance to the people who need it,” said the official, who spoke on Monday on the condition of anonymity. Egypt brokered the truce, in coordination with the United States.

But the official suggested it was too early for wider peace talks between Israel, in political flux after four inconclusive elections in two years, and the Palestinians, divided by enmity between Hamas and Western-backed President Mahmoud Abbas.

US President Joe Biden has said a two-state solution was the only answer to resolving the Israel-Palestinian conflict, and pledged a major package with other countries to help rebuild Gaza. Israeli-Palestinian peace negotiations collapsed in 2014. Blinken’s agenda included talks in Jerusalem on Tuesday with Israeli Prime Minister Benjamin Netanyahu and a meeting in the West Bank city of Ramallah with Abbas. Blinken is due to remain in the region through Thursday.

The right-wing Netanyahu, who usually avoids using the term “Palestinian state”, had been largely in lockstep with Democrat Biden’s Republican predecessor Donald Trump, who cut off US aid to the Palestinians and promoted a peace plan that envisaged Israel holding onto most of its settlements in the West Bank.

Hamas, which is regarded by the West as a terrorist group and opposes any Palestinian peace efforts with Israel, began cross-border rocket attacks on May 10, drawing Israeli air strikes.

The hostilities were set off in part by Israeli police raids on the Al-Aqsa mosque compound in Jerusalem and clashes with Palestinians during the Muslim holy month of Ramadan. 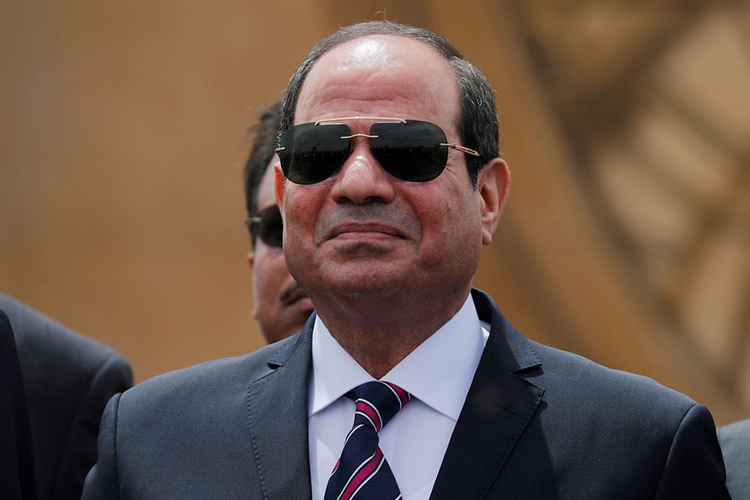