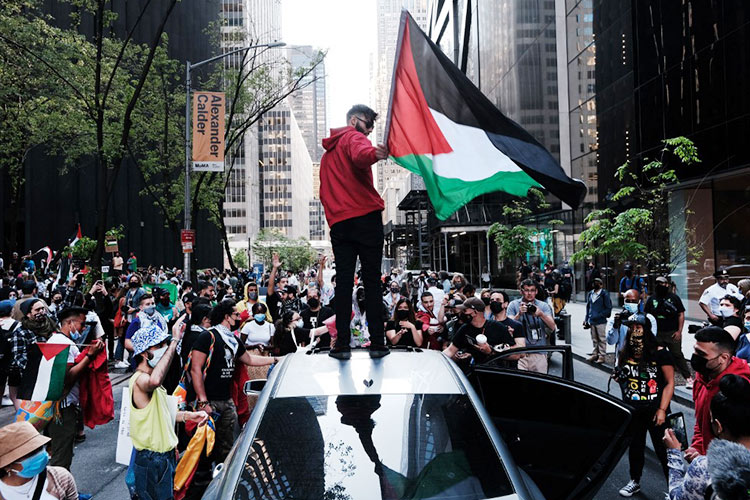 It is only after the dust has settled, the rubble surveyed, and the bodies have been counted that one can measure the outcome of an aggression. Eleven days after Israel launched a relentless attack on what their intelligence alleged to be Palestinian resistance hiding locations Gaza woke up to the extent of the damage. Commercial buildings, residential towers and thousands of private houses have been levelled, media organisations’ headquarters have been targeted. According to Palestinian medics 243 people were killed during the bombings of which 66 are children and the aggression has left tens of thousands displaced. Israel’s death count is 13.

Loss of any innocent life is always grievable but as is the nature of analysis and the obligation of criticism the comparison of this loss is a requirement. Rockets launched in retaliation for the provocation of the injustices taking place in East Jerusalem’s Sheikh Jarrah neighbourhood, where Palestinian homes are being illegally evacuated in order to house members of the Jewish community, were well and truly defused using the Israeli military’s Iron Dome, one of the most advanced air-defence systems known to man. Israel, which has one of the strongest militaries in the world, having been aggravated by this expected response launched an offensive on Gaza where a population of two million besieged residents live within borders they are not allowed to exit, a place that does not possess any attack defence infrastructure, no bunkers, no bomb shelters, not even warning sirens.

The Israeli government’s logic was to put out a candle with a fire hose.

On the books according to the facts and figures this fight is a disproportionate one, a war in which the stronger side will always come out of with minuscule damage, but this time it was different, this time the equation had an additional variable, one that the Israeli government seemed to have overlooked when making their decisions to bomb Gaza. The result of this war in comparison to the ones that occurred in the past was a massive worldwide pro-Palestinian movement. People took to the streets like never before and the protests were made up of all races, religions and nationalities. It was beginning to seem that the world was finally opening its eyes to the everlasting injustice of Gaza and its people and for the first time it looked like the humanitarian aspect of these wars was beginning to overshadow their political reasoning.

The deciding variable in this Israel-Palestine equation was the power of social media. These platforms helped in fanning the flames of this war way beyond the borders of this flammable region. It carried the images of the Gazan skies ablaze and the sounds of the bombs raining on its citizens, it surveyed the destruction as and when it was taking place. It was blatant, horrific and heartbreaking. Many social media celebrities have voiced concerns over having their pro-Palestinian posts deleted or receiving very low viewership in comparison to their unrelated posts, to which the social media giant Facebook, which also owns Instagram, responded to it being a glitch in the software that seems to be ongoing and for some reason unfixable. Yet what we have witnessed is the power of the people when they put their minds towards justice and demand accountability and so, the harder it got to post their views on these platforms the greater was the effort to publish, there was no stopping them.

The Israeli government might have won the battle, but it has lost the war for the world’s understanding of the Israeli-Palestinian issue has been expanded to include a comparison between the words spoken on podiums and the reality of those suffering on the ground. The Iron Dome proved to be useless against the protective dome of the people’s social media accounts that has worked relentlessly to raise the voices of the innocent lives caught in this senseless crossfire, cradling their pain and lifting it up high for the world to see.

Political logic works and has worked for centuries to excuse grave actions taken by governments all the while viewed through the lens of political gains and losses by critics and analysts. What citizen journalism aided by social media did was eliminate the politician and the pundits and left it up to one’s humanity to decide. The response was glorious, and it has in some sense vindicated to this writer the world’s prior silence and breathed some hope in a future that can no longer stand aside while innocent blood is being shed. We are witnessing a generation that will not be swayed by arguments set forth in order to render humanity conditional.

Humanity is and must remain unconditional in the face of political, financial and personal gain.