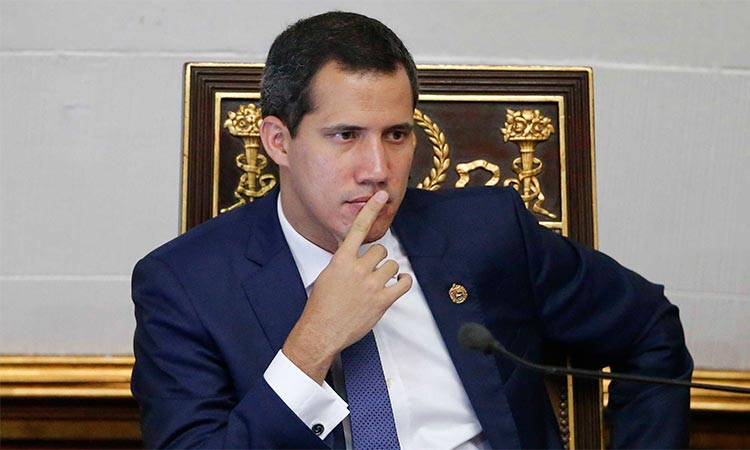 Venezuela’s socialist regime and the opposition backed by the United States are taking first steps toward talks leading to an eventual electoral solution to the country’s political crisis, but analysts say the road ahead won’t be an easy one, as distrust lingers over past attempts at a negotiated exit.

Juan Guaido’s announcement that he’d be open to talks with Nicolas Maduro was met with swift approval by both the United States and the Venezuelan government. The US State Department said a “comprehensive agreement” is the only way to resolve Venezuela’s ordeal. Meanwhile, Maduro took to the airwaves to say he’d talk “whenever they want, wherever they want, and however they want.”

In recent weeks, Maduro’s government appointed a new National Electoral Council that includes two opposition members, allowed six jailed US oil executives to be released on house arrest and reached an agreement with the World Food Programme to provide meals to schoolchildren — moves interpreted by Venezuela watchers as overtures aimed at currying favour with the Biden administration. The new elections body was quickly backed by opposition leader and former presidential candidate Henrique Capriles, who called it “an indispensable first step” to hold fair elections — but it remains contentious. Guaido made clear in his negotiations proposal that free elections aren’t possible unless a more dramatic revamp of the system takes place. Maduro’s allies still have a majority on the National Electoral Council.

There are also a host of other issues to resolve, including restoring the ability of popular opposition leaders to run for office, auditing voter rolls and ensuring credible international observers are allowed.

“The loss of the political and technical guarantees of the elections has been a gradual process, and recovering those guarantees will also have to be a gradual process,” Venezuelan analyst and elections expert Eugenio Martínez said. “It is not realistic to assume that everything that is being asked for will be achieved overnight because many of the processes that are required are very long.”

Antonio De La Cruz, executive director of Inter American Trends, a financial analysis firm, says the decision by Capriles to back the new National Electoral Council, or CNE by its Spanish acronym, put Guaido in a difficult position. Facing greater division in the already fractured opposition, he had to come forward with his own proposal.

“That is why Guaido came forward with his proposal, setting up two different playing fields, one with Capriles with the new CNE and the other with Guaido alongside Norway, which is a process that would be much slower,” he said.

The process would be slower, he explained, because Guaido’s proposal goes beyond holding new elections, instead also calling for Maduro to allow a massive influx of foreign aid and COVID-19 vaccines, total freedom for political actors, the release of all political prisoners, the permitted return of all exiles, and the first steps towards transitional justice to address crimes committed by the regime.

In exchange, Guaido offered lifting sanctions, a goal that is of the utmost importance for Maduro, who faces heavy restrictions on oil imports as Venezuela’s economy continues to slump following years of mismanagement, corruption and growing isolation from other nations.

A State Department official for the the Bureau of Western Hemisphere Affairs told McClatchy the Biden administration’s support for Guaido and a negotiated solution is “consistent with our previously stated policy towards Venezuela; sanctions should be lifted only after conditions for free and fair elections are established.”

The official added: “President Biden is in no rush to lift sanctions. We need to continue our efforts on a multilateral and coordinated approach to build momentum toward the goal of free and fair presidential and parliamentary elections.”

The administration’s backing of Guaido’s plan marks a change from the Trump administration’s insistence in recent years that the only thing Maduro needed to negotiate was his immediate departure from power so a transitional government could begin organizing new elections.

Some US lawmakers like Rep. Gregory Meeks, a Democrat who heads the US House Foreign Affairs Committee, called Maduro’s recent gestures a “window of opportunity” for the Biden administration to engage with the South American leadership the Trump administration worked hard to isolate.

“I think we have openings. I think we should take advantage of it,” Meeks said at the annual Washington Conference on the Americas, which is sponsored by the US-based Council of the Americas.

But despite Meeks’ optimism and that of a number of opposition leaders surrounding Capriles, the proposal of running an election under the new CNE is hard to stomach for many Venezuelans, given that with just one additional opposition member, the balance of power is still tilted toward Maduro. Recent elections under the CNE have been widely described as shams by the international community.

Republican Sen. Marco Rubio offered a more sobering take, voicing the scepticism of many Venezuelans over Maduro’s willingness to genuinely negotiate. In the past, Maduro has been accused of using talks as a stalling tactic, ending negotiations after gaining an upper hand in the nation’s crisis.

“It’s necessary to be very careful,” he said in a video message recorded in Spanish. “Nicolás Maduro is an expert in utilizing negotiations to make concessions he isn’t going to fulfill.”

As Maduro himself expressed an interest in talking, he also mocked Guaido. “Now he is desperate to talk,” he chided. Within Venezuela, Guaido now faces two obstacles: gaining momentum for his proposal, while simultaneously grappling with the emergence of a more moderate faction led by Capriles. Armando Armas, an opposition lawmaker and close ally of Guaido, noted that there are some who think the new CNE could gain credibility as a legitimate organization by reforming the electoral system, despite having been appointed by the Maduro-backed National Assembly. The legislators were elected in a December vote boycotted by the opposition because it lacked essential electoral guarantees.

But he rejected that assertion, called it “a very dangerous idea.”

Guaido’s proposal rejects utilizing the new CNE in a future election, calling instead for a massive reform of the Venezuelan electoral system, with the help and strict supervision of international observers. Still, some analysts say the CNE could potentially help achieve free and transparent elections — but only if it ensures the adoption of the long list of reforms that are necessary to guarantee transparency. Rebuilding voter confidence would also be a gargantuan task, analysts said, with many sceptical that any free and fair election can take place as long as Maduro is in office. “Heading to an election with Maduro in power, the only thing that is going to accomplish is to perpetuate the Chavista movement in power,” said Francisco Acosta Fragachan, an economist specializing in power structures in Venezuela.

Recent elections have been characterized by widespread apathy and slim participation.

Chirinos, whose firm assesses the popularity of the country’s top politicians every month, said Venezuelans are generally disappointed in the electoral options on both sides, while also convinced that the current electoral system is broken and cannot be trusted to ensure a peaceful political transition. Many are also sceptical of negotiations with Maduro, which in the past have not yielded any change.

“They are very tired of seeing the same movie with the same actors, only wearing different makeup,” Chirinos said. “For a peaceful and effective transition of power to take place through an election where Venezuelans would be willing to participate massively, there has to be first a real reform of all institutions, not only of the CNE.”