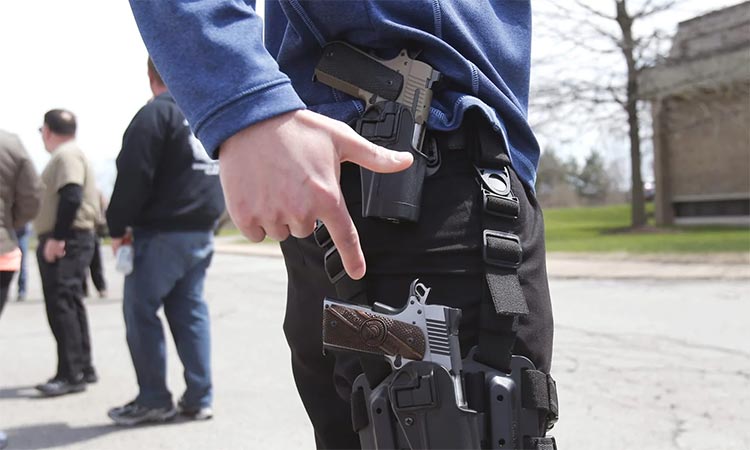 Since 1995, it’s never been very difficult to legally carry a handgun in Texas.

Last week the Texas Senate approved legislation authorising Texans to carry holstered handguns without a state-issued permit. Details remain to be worked out with the House, but I wouldn’t bet against this legislation. Gov. Greg Abbott has already expressed his willingness to sign it into law.

Getting a permit to carry was never much of an obstacle in Texas. It required a modest fee, four hours of classroom instruction, an hour of instruction at a firing range and a “physical demonstration of proficiency” in the use of a handgun. Waivers and exceptions were available.

In other words, since 1995, it’s never been very difficult to legally carry a handgun in Texas; if the current legislation passes, it’ll be even easier.

Not everyone thinks this is a good idea. All 13 Senate Democrats voted against it. And firearms instructors, in defence of their livelihoods, testified against it.

Representatives of law enforcement also oppose it. Joseph Chacon, Austin’s interim police chief, joined other police chiefs and law enforcement agencies in opposition, saying, “I would ask that they listen to us when we say unequivocally that permitless carry will make constituents less safe.”

Proponents of permitless carry are fond of calling it “constitutional carry,” laying claim to the questionable argument that the Constitution conveys the right to the unfettered possession of firearms. They accuse opponents of constitutional carry of wanting to abolish the Second Amendment. But that’s another thing these legislators have wrong.

I’m among the majority of Texans who are not thrilled about permitless carry, but my objections have nothing to do with the Second Amendment. In fact, I’ve argued that the right to have a firearm for personal protection is a “natural” right that precedes the Constitution. Rather than attempting to ground that right on the Second Amendment’s dubious provisions — well regulated militias? — it should be embodied in an additional 28th Amendment that guarantees the right with sane limitations.

Nor do I object to permitless carry primarily because American gun deaths — nearly 40,000 homicides, suicides and accidents annually — will undoubtedly increase. Our culture is already saturated with guns. As of 2017, 326 million Americans owned 393 million guns. What difference will it make if they are freer to carry weapons openly in holsters on their hips without demonstrating the least competence to do so?

A lot. I object to the inherent assumption of permitless carry that our culture is so dangerous that in order to be safe, one has to carry a gun. This assumption becomes a self-fulfilling prophecy:  The mere presence of guns ratchets up every confrontation a couple of notches, making each considerably less safe.

Furthermore, we associate guns with authority, righteousness and power. They encourage a sense of legitimacy that their bearers might not otherwise possess. Without weapons, Gregory and Travis McMichael would never have pursued Ahmaud Arbery; without his Glock, Dylann Roof is just another sad loser.

Americans already have a passionate infatuation with guns. Permitless carry encourages the assumption that weapons are a logical element of every confrontation. One of the revelations of the Derek Chauvin trial was how quickly police officers pull their weapons. Now civilians will readily do the same. In short, permitless carry perpetuates the myth of the inevitability of weapons. It supports the assumption that anyone we encounter is carrying a gun. It raises the question of whether we should be carrying a gun, too.

It raises one more question: Is this really the culture that we want?