When getting back to ‘normal’ spells anguish - GulfToday 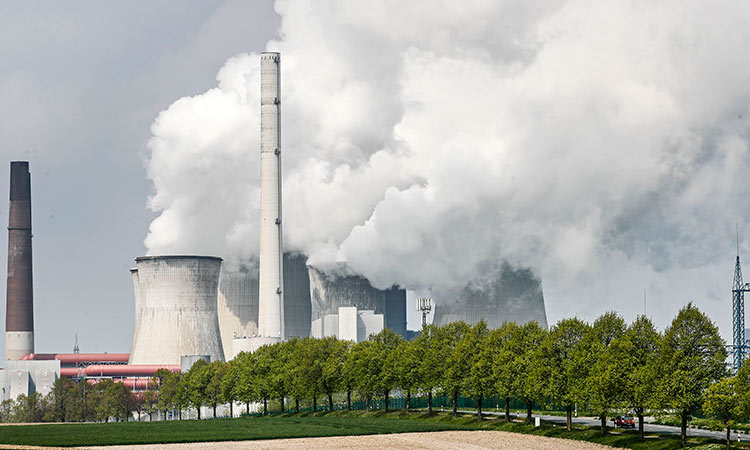 The prophet Isaiah had a profound insight into human behaviour: “let us eat and drink, for tomorrow we die!” Short-term gratification is always easier than long term planning and self-restraint.

Many people struggle to maintain a balanced diet and restrict alcohol consumption though we know that self-indulgence shortens our lives. Companies are tempted to skimp on investment and research which would benefit their business tomorrow, preferring to pay out dividends and bonuses today. Politicians know that there are more votes in tax cuts and hand-outs than long term infrastructure investment or reducing debt for the next generation.

Yet the biggest collective challenge we face is a long-term one: to restrict greenhouse gas emissions today so that our descendants are not faced with the unpredictable – but probably very unpleasant – consequences of global warming.

Most governments pay lip service to this particular challenge and there is a flourishing cottage industry in new terminology like “net zero”, COP and UNFCCC, which many find as baffling as an episode of Line of Duty.

But everyday behaviour suggests that there is a serious disconnect between the impressively long-term vision that governments and companies are signing up to and the way in which they and we actually behave.

I am struck by the topic currently dominating the airwaves: how quickly can the restrictions be lifted on our flying away for a summer holiday to exotic places in the sun like Croatia and the Greek islands if not Barbados and the Maldives? One might have thought that a government committed to “Building Back Better” in the left-behind areas of Britain might have chosen to plug the attractions of a staycation in Blackpool and Scarborough, boosting the domestic economy and reducing aviation emissions.

Not so. While ministers pledge to get back to the “normal” of long-distance air travel they simultaneously pledge to include aviation in our national decarbonisation endeavour.

A bigger “normality” is economic recovery. We all applaud any sign that, at last, we are getting back to pre-pandemic economic activity and living standards. There is now impressive growth in the US and China and signs of economic life returning in Europe. Demand has driven up commodity prices including oil which has hovered above the mid-$60 (£43) range, comfortably above the break-even point for oil companies. BP, Exxon and Chevron have all reported healthy profits. The profits will reward their shareholders, and the money will probably go into excavating more oil and gas.

There is therefore a counter-narrative from people who don’t accept that getting back to “normal” should be “normal”. Scientists monitoring the polar regions report growing evidence that global warming is happening on an accelerated timetable in those areas leading to the rapid melt of glaciers and ice sheets. This in turn is contributing to sea-level rise on a shorter timescale than even pessimists feared.

Environmental activism is taking more sophisticated forms. A group of students is suing the British government under human rights legislation because of its failure to follow through adequately on legislation mandating a net zero goal by 2050. This legal bid will probably fail but it opens a new front for campaigners.

The big problem for governments is how to reconcile the immediate priorities of their voters with the long-term imperatives around the climate emergency. In practice, this has meant making grand declarations of future intent with little immediate action or action achieved through stealth. In the United States, even the grand declarations were frustrated by a refusal to accept basic science by one of the two parties.

But the Biden administration is showing signs it really recognises the problem and gives it priority. Its ambitious legislative programme nonetheless reflects the fundamental problem of balancing the competing needs of the short and long term. It has signed the Paris Accord, abandoned by President Trump, and is staking out a position as the global leader in curbing emissions. But it also has other priorities and a precarious, wafer-thin, legislative majority.

A lot hinges on the proposed $2 trillion (£1.5 trillion) Jobs Plan, to be spent over eight years, half of which is for climate-related spending: tax credits for clean energy; subsidies for electric vehicles and charging infrastructure; climate science research; public transport.  Congress, however, has yet to pass it. Republicans like some parts of the plan like “shovel ready” investment in roads and bridges but they reject the climate-related core of it. So Joe Biden will be dependent on mobilising every last Democrat, including sceptics like Senator Joe Manchin from coal-producing West Virginia. Even if the legislation gets through Congress there will need to be additional measures to force down emissions. The administration has opted for increasingly stringent clean electricity standards. Arguably a more effective and efficient mechanism would be a carbon tax but that would be unpopular. The administration is sufficiently politically savvy to recognise that the public will back strong climate change policies as long as there isn’t any pain attached. The legislation also contains political sweeteners – for example, unionised jobs and protectionist procurement – which have a real cost.

It will be a remarkable achievement if Biden gets his bill through and after his success with the stimulus package it would be foolish to bet against it. At present, however, it is just a hope, not a policy.

Another country that has to show leadership is the UK, since it has responsibility for chairing the Cop26 climate change conference this November in Glasgow. The UK is a modest contributor to global emissions – 1 per cent of the total – and it has cut CO2 emissions, by 40 per cent since 1980 mainly due to the elimination of coal from power generation.

But little has so far happened to put road transport, domestic heating and aviation on a sustainable footing. The UK still gives households an incentive to use gas rather than (renewable) electricity and it has abandoned the European carbon trading scheme, which is just starting to work. The obvious next step forward is a carbon tax, making polluters pay and raising revenue to compensate losers. But, as in the US, the government is very nervous, having repeatedly backed away from raising petrol duty and having seen the fierce reaction, especially in France, to carbon taxation.

Many of the political obstacles to strong climate change policies are about persuading the public to accept short-term pain to achieve long-term gain. But there is another problem: there is an emerging Cold War with China stemming from geopolitical competition with the US and its allies. China is also the world’s largest carbon emitter and a major user of coal and without its constructive engagement, any meaningful progress on emission reduction is unlikely.

The Chinese have indicated a willingness to cooperate – and lead – on climate change.  They are already major generators of renewable energy and are potentially market leaders in electric vehicles. But it will require considerable skill and luck to be able to combine long-term cooperation, while pursuing ideological conflict, and wasteful technological and commercial competition.

The US and UK are testing to destruction the idea that it is possible to accuse people of genocide and military aggression and make them “partners” on climate change at the same time. The long-term future of the planet could substantially depend on giving up on some shorter-term ideologies. Something has to give. Hopefully, it will not be international action on climate change. 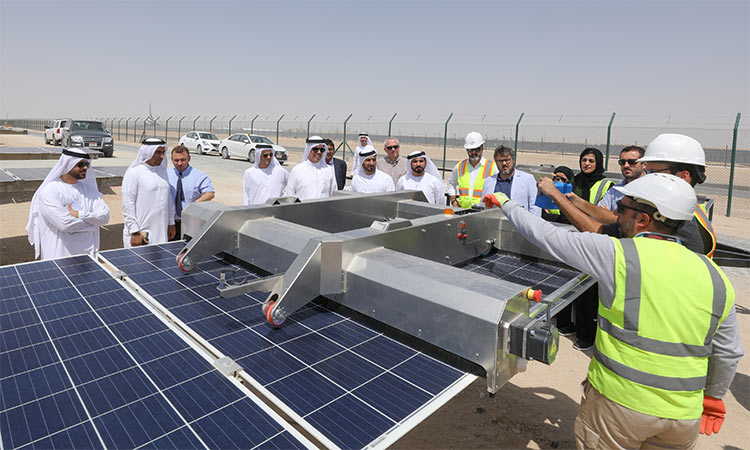 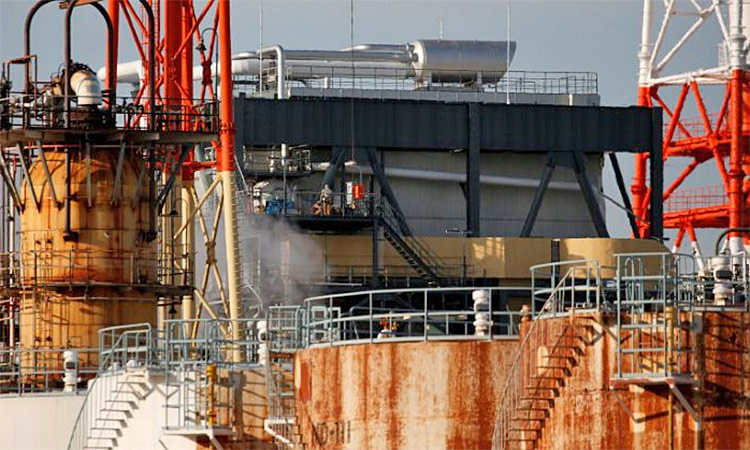 The emergence of problems in a new-generation nuclear reactor in China threatens to undermine efforts by its French designer to sell it elsewhere, and could hurt Beijing’s nuclear industry, analysts said. French energy giant EDF and the Chinese 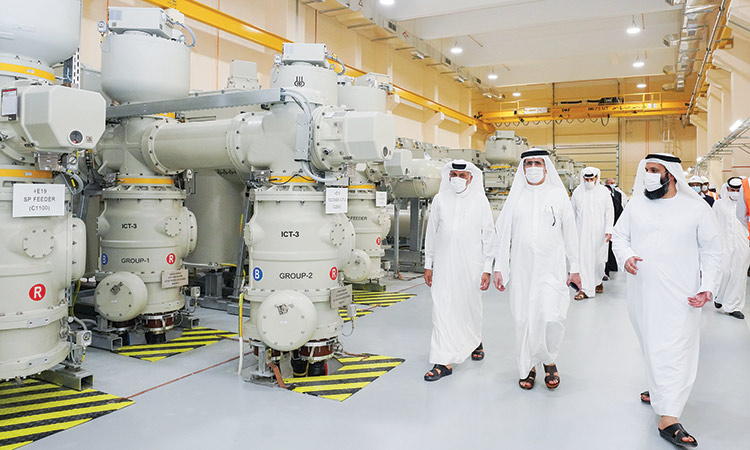