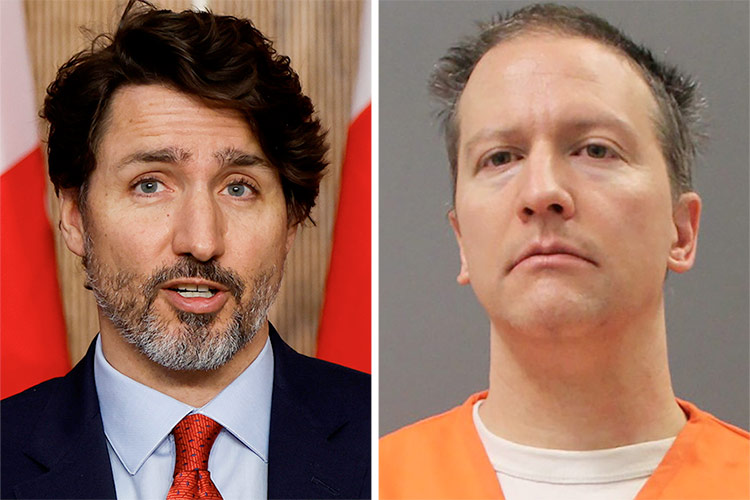 President Joe Biden, along with countless of his fellow citizens and world leaders, hailed the guilty verdicts in the Derek Chauvin case: “This can be a giant step forward in the march toward justice in America,” he said.

To be sure, an acquittal in the case would have been a travesty of justice. But in general, it is a mistake to see individual prosecutions as bellwethers of the state of justice in the country. It freights them with pressure they are not equipped to bear. The Chauvin conviction may be a catalyst for change in policing, but it shouldn’t be read as a fundamental turning point.

What Chauvin did to George Floyd was a singular abomination — the prolonged strangulation of a man who was posing no threat to police when Chauvin killed him, then continued to apply unreasonable force three minutes after his death.

The prosecutors, dealt a great hand, did an excellent job, and the defence did a poor one with a lousy hand. Just believe your eyes, the prosecutors hammered home: Chauvin’s knee on the neck was a “substantial factor” in Floyd’s death — under Minnesota law, that made the defence’s evidence of hypertension or drug use beside the point.

The prosecution also got a very favourable jury instruction on the most serious charge, second-degree murder. The judge directed the jurors to find guilt even if they believed that Chauvin had no intention of imposing serious bodily harm, which would have been one way of construing Chauvin’s odd vacant stare, his near casualness, as he asphyxiated Floyd.

Sometimes a trial result indicates that something rotten is entrenched in our justice system. That was famously the case with a series of acquittals in righteous civil rights prosecutions in the South in the 1960s. But no one courtroom judgment should be taken as a signal of great social change. No single verdict represents a paradigm shift.

We should be cautious about what we read into the Chauvin verdict because every prosecution is, and should be, only about the facts and the law in that case, no more and no less.

Jury trials are highly structured exercises aimed at arriving at the truth of a particular set of circumstances. Jurors hear and see evidence for two versions of the facts, each constrained to meet fairness standards. They must decide which is right. That’s hard enough. We don’t want them also to act as social engineers, or thought leaders, going beyond the case to some larger issue or zeitgeist moment. We have to hope that the Chauvin jurors returned guilty verdicts because the defendant was plainly guilty, not to make a broader point or move the country in any direction.

We also should be cautious about the verdict’s impact because most prosecutions of police for excessive force are far more challenging, far more losable than State of Minnesota v. Chauvin.

In most cases of alleged excessive force by police, the officer uses deadly force in the heat of the moment and in circumstances in which they can plausibly claim fear. Jurors understandably tend to give police the benefit of the doubt in those situations, which makes convictions hard to come by. Add in the requirement of unanimity beyond a reasonable doubt and you can better understand the data gathered by researchers at Bowling Green University: Despite more than 13,000 fatal shootings by police officers since 2005, there have been only seven murder convictions.

The Chauvin jury fairly applied the law to the facts in a case that meant a great deal to most Americans. But rather than Biden’s “giant step forward” reaction, I would incline more toward that of Canadian Prime Minister Justin Trudeau. He welcomed the verdict but said it “still underlines that there’s an awful lot of work to do.”

The comment of one of the protesters in Minneapolis after former police officer Derek Chauvin was sentenced to 22 ½ years in prison for the murder of George Floyd was that the sentence was “most time does not mean enough time”.