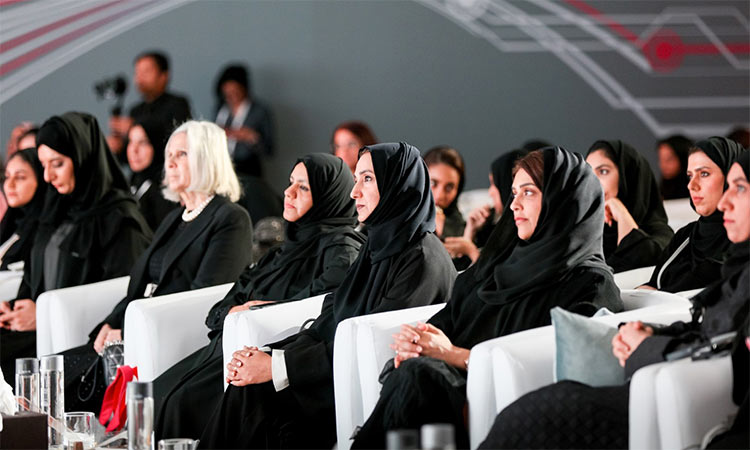 The Emirati women have shown tremendous potential in every walk of life. WAM

“…(Women) are agents of change, we are drivers of progress, we are makers of peace – all we need is a fighting chance.” Thus spoke Hillary Clinton, former First Lady of the United States, once.

Men have always dominated various fields of life, be it in technology, industry, science or the arts. Women were always trailing behind, actually they were made to lag behind owing to deep-seated prejudices against female empowerment and traditional concepts of gender weakness. The fact is, women can shatter not just one glass ceiling, but several . They are not only a soft power, but tough as steel in other fields as well, such as engineering – even car repairs, as Emirati lady Huda Al Matroushi has shown. Despite opposition from some quarters, she braved challenges facing a male bastion and setting up her own garage in Sharjah.

Now many people would scoff at the idea of a woman dressed in a car mechanic’s overalls and dirtying her hands handling tyres, nuts, engines, bolts, radiators, or carburettors. However, Huda not only has mastered the skills of car repair and maintenance but also won over acceptability from her team at the garage.

Cars have been a hobby for Matroushi, 36, since childhood.

Matroushi’s family had doubts about her pursuing a job as a car mechanic, but she asked her father to take a leap of faith with her.

“I said: ‘Dad, please trust me and you will see what I will do.’ He said: ‘OK, OK!’. Most of my family are surprised because this project, this business, it’s not easy for ladies,” she said.

The reaction from the male fraternity was predictable. Huda’s male employee, Mohammed Halawani, said it was initially strange to see a woman in charge of the garage.

“But after I joined and we started working and she’d tell me: disassemble this, assemble that, [it was clear] that she has experience.”

Huda hopes she can transform her single garage into a big repair centre, or open more garages across the UAE.

Huda has not only received the backing of her paterfamilias, but her success is also largely due to the wholehearted and vital support from the UAE leadership.

Because of this, Emirati women like her have become partners in the country’s historic overall advancement.

They have also played a key role in the development of the country’s nuclear sector.

Women represent 20 per cent of the total employees of the Emirates Nuclear Energy Corporation, ENEC, and its branch companies.

Hind Al Naqbi, Senior Reactor Operator at the Nawah Energy Company, along with two other Emirati women, acquired licences from the Federal Authority for Nuclear Regulation, FANR, to work as a Director of Operations and nuclear reactor operators, as part of a group of 30 Emirati citizens.

“Emirati women have helped achieve the UAE’s vision to diversify its energy sources, and this would have never happened without the opportunity provided to us by ENEC and the Nawah Energy Company,” Al Naqbi said.

Emirati women have shown admirable eagerness to develop their skills in ICT (information and communications technology) fields, which is demonstrated through their successful participation in the programme.

Their brilliance in the STEM (science, technology, engineering and mathematics) domain is all because of the equal opportunities provided to them. Female Emirati engineers have also been instrumental in the success of the Emirates Mars Mission, the Probe Hope.

The fact that women make up 50 per cent of the Mars Mission team bears testimony to their importance in shaping the future of the UAE.

Clearly, it shows that Emirati women are made of altogether different mettle. It is a giant leap for womankind because their progress means the nation’s progress.