Chauvin ruling, relief but for how long? - GulfToday 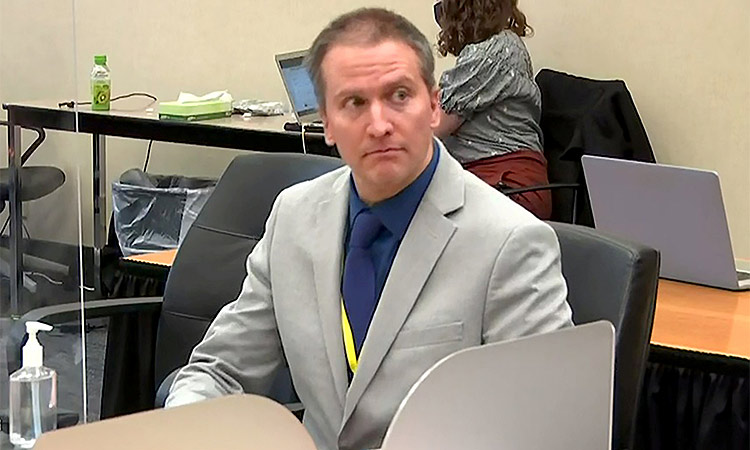 Derek Chauvin faces up to 75 years in prison. Reuters

At last some light at the end of a tunnel of despair and persistent persecution based on deep-seated prejudice. For years citizens of colour in the United States have been confronting racial bias in the streets of hatred and violence –– all aimed at them, by a reportedly bigoted police force.

The news of the verdict has been greeted with joy and relief by the beleaguered coloured community in the country.

The verdict was delivered after about 10 hours of deliberations over two days. Chauvin was handcuffed and remanded in custody to await sentencing in eight weeks, when he could face up to 40 years in prison on a second-degree murder charge and up to 25 years for third-degree murder.

President Joe Biden said the conviction of the former Minneapolis police officer “can be a giant step forward” for the nation in the fight against systemic racism. But he declared that “it’s not enough.”

“‘I can’t breathe.’ Those were George Floyd’s last words,” Biden said. “We can’t let those words die with him. We have to keep hearing those words. We must not turn away. We can’t turn away.”

The sound of relief, long muted by oppression, is deafening. It is like a breath of fresh air and hope untainted by brute force the Blacks are constantly subject to.

A 12-member jury found Chauvin, 45, guilty after considering three weeks of testimony from 45 witnesses, including bystanders, police officials and medical experts. Deliberations began on Monday and lasted just over 10 hours.

In a confrontation captured on video, Chauvin, a white veteran of the police force, pushed his knee into the neck of Floyd, a 46-year-old coloured man in handcuffs, for more than nine minutes on May 25, 2020.

The fate of Chauvin showed Black Americans and their compatriots once again that the legal system is capable of valuing Black lives.

“This may be the beginning of the restoration of believing that a justice system can work,” said civil rights leader Martin Luther King III, echoing a sentiment that many expressed on Tuesday.

But one swallow does not a summer make. “This has been going on for years and one case, one verdict, does not change how systematic racism has worked in our system,” said King.

Keith Ellison, Minnesota’s first Black attorney general, said America has known about and largely ignored the root causes of the upheaval and uneasiness in Black communities. “Here we are in 2021 still addressing the same problem,” Ellison said. “This has to end. We need true justice.”

As relieved as Floyd’s family members are by the guilty verdicts, none see this as a bookend to the pursuit for justice. And three other former Minneapolis police officers face trial for the role they played in the case.

Brandon Williams, a nephew of Floyd’s, called the verdicts a “pivotal moment for America.”

“It’s something this country has needed for a long time now,” he said. “We need each and every officer to be held accountable. And until then, it’s still scary to be a Black man and woman in America encountering police.”

If the voices in the ghettos could speak, it would say, George got some justice, man.

Perhaps the Blacks got a few more points, yes, a Black President in the White House, a few terms ago. And now, a Black Vice President. Cynics however would pose the question: will it happen again? It seems very likely. Because any sweeping mindset change looks unlikely.

Any collective remorse of an ubiquitous prejudice by the soul of a nation named, for some reason, as the United States of America?

The jury is still out on this.