Charity is not a matter of wealth, it’s attitude - GulfToday 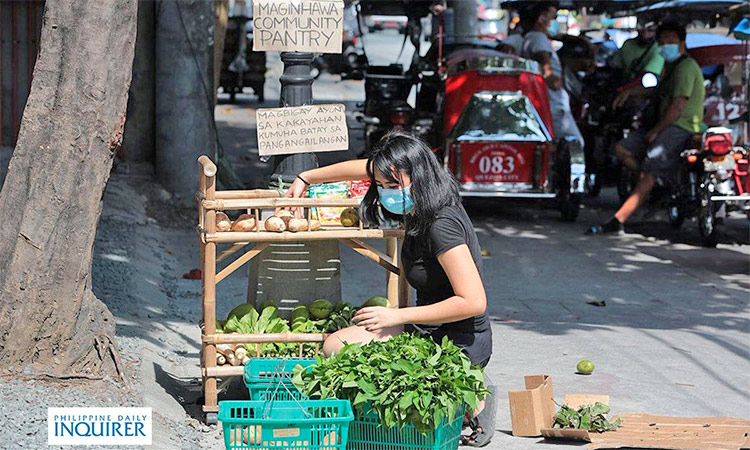 Ana Patricia Non refills the Maginhawa Community Pantry which she set up to help people who are badly affected by COVID-19 pandemic. Credit: Twitter/INQUIRER

Charity doesn’t rely on wealth. It relies on attitude. And heavily so. One can be rich, but poor at heart when it comes to helping the poor.

That is why one was really happy to read about a Filipina’s effort to help those felled by the ever-growing, unsparing and murderous menace of COVID-19 that has claimed millions in the last 16 months or so.

Called “community” or “village pantry,” it operates on a principle, espoused by a young and liberal businesswoman Ana Patricia Non. The principle: “Give whatever you can, take only what you need.”

Non, 26, firmed up the concept by buying a strong bamboo cart and initially filled it with some grocery items and parked it in front of her furniture shop in a “barangay” (village) in suburban Quezon City, Manila. As she put it, the idea is simple enough. People drop off whatever food they could donate — fresh vegetables, sweet potatoes, canned goods and similar items — to be picked up by people for free but no one should get more than what they need. But more than that, Non pointed out that many of the supporters are not from rich households as she said: “It goes beyond the mainstream and elitist notion that in donation campaigns only the rich provide for the poor.” She cited as examples in an interview with the Philippine Daily Inquirer, the country’s biggest circulation daily, the case of a farmer who donated a sack of potatoes from as far as Tarlac province in Central Luzon.

Another example Non cited was the case of a tricycle driver who volunteered to help repack donated rice. As she put it herself, “the community pantry is not for charity but mutual aid.” Non posted what she did on social media and immediately received remarkable responses and praises, highlighted by the establishment of similar pantries not only in Metro Manila but also in provinces in Luzon, Visayas and Mindanao.

According to a sociologist Athena Charanne Presto, the concept is the ordinary citizen’s way of taking action in the face of crisis, social or otherwise.

“Community pantries can be seen as acts against three things: First, against a government that fails to adequately address citizens’ needs; second, against a bias and discriminatory view of the poor as selfish; and third, against aid initiatives from institutions that are difficult to trust,” she explained and was convincing.

Our wonderful businesswoman Non goes to prove several things through her exemplary humanitarian approach. One doesn’t have to possess pots of money to help fellow human beings. All one needs is the instinctive urge to give and the willingness to cooperate. The person who decides to help shouldn’t bother about the nature and value of the aid because for someone in need even a biscuit counts and a cup of tea is a form of sustenance and a banana is like a full meal.

If one is seriously tempted to question the validity of that argument one should check it out with an underfed human being. The fury of the storm is best understood by the seafarer.

Don’t talk to well-fed residents because they are, fortunately or unfortunately, removed from reality most of the times. In this commentator’s humble opinion, the contented are invariably wired to downplay crises that do not affect them directly.

Well, we must appreciate the importance of being helpful and do what we can as fresh victims of COVID-19 emerge. 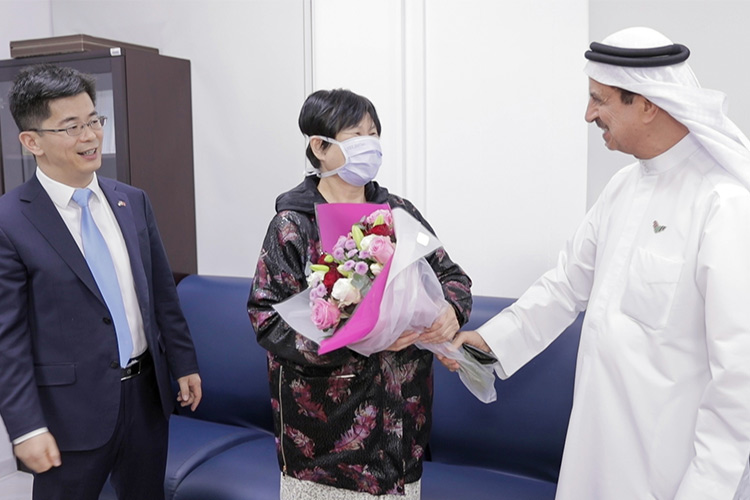