Generosity comes to the fore in UAE - GulfToday 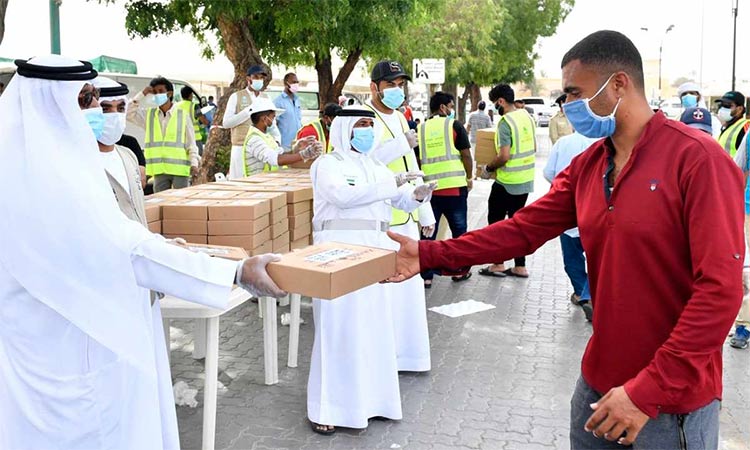 The 100 Million Meals initiative by Sheikh Mohammed seeks to provide food parcels for people in need in different countries.

Generosity courses through the veins of the country’s leaders. At the top of their minds is concern for the needy, the underprivileged, the vulnerable. With a high per capita income and high net worth individuals marking its affluent society, the country certainly spares a thought for those less fortunate. And it urges others to spare a thought – and a dirham, at the least – for the poor.

During Ramadan, the inclination for the charitable cause goes north. It is during the Holy Month that the spirit of giving is all too manifest.

The 100 Million Meals initiative by His Highness Sheikh Mohammed Bin Rashid Al Maktoum, Vice President, Prime Minister and Ruler of Dubai, seeks to provide food parcels for families and people in need across not just one nation but 20 countries during the fasting month.

Businessmen, companies and the public inside and outside the UAE are invited to make financial donations to the campaign that will distribute food parcels, sufficient to provide 100 million meals, in countries including Sudan, Lebanon, Jordan, Pakistan, Angola, Uganda and Egypt. A donation as little as Dh1 is enough to secure one meal for underserved communities in the targeted countries.

As Sheikh Mohammed Bin Rashid Al Maktoum said, “Providing food during the Holy Month of Ramadan is the best we can give from the UAE to humanity.”

He added, “The COVID-19 pandemic has pushed many populations into an economic despair and pushed us, at the same time, to be more compassionate and giving.”

Urging the public to do their part, Sheikh Mohammed said, “We will work with humanitarian organisations, companies, entities and humanitarians to join us in securing 100 million meals to bring a sense of safety to underserved homes across the world.”

Now 100 million meals is no small number. It is huge, and providing it to those who want it most is a humongous task. But the UAE has garnered all human resources and worked out the logistics and delivery mechanisms behind distributing such aid.

Philanthropy is an integral part of the UAE’s philosophy since its inception. Sheikh Mohammed emphasised the need to unify efforts and leverage necessary resources to combat world hunger.

“Four hours away from us are 52 million people battling hunger. We need to take urgent action to empower underserved communities.”

Sheikh Mohammed added, “Today, we have the opportunity to send 100 million messages of peace from the UAE to 20 countries across the world.”

The campaign is part of UAE’s response to global efforts to combat world hunger, a major challenge that has been exacerbated by the outbreak of COVID-19 that has pushed millions of disadvantaged populations to greater insecurity, poverty and unemployment.

The charity drive just does not end with the 100 Million Meals. The Big Heart Foundation (TBHF), spearheaded by Her Highness Sheikha Jawaher Bint Mohammed Al Qasimi, wife of His Highness the Ruler of Sharjah, and Chairperson of the Supreme Council for Family Affairs, has made an impassioned call to citizens around the world to generously support its 2021 Zakat and general donations drive during Ramadan.

These fundraising activities under the “Let’s Lessen the Gap” campaign are part of a comprehensive long-term programme that TBHF has launched. In partnership with four leading UN agencies, namely, UNHCR, UNDP, WHO and Unicef, the foundation is addressing humanitarian development challenges exacerbated by the COVID-19 pandemic amongst the suffering people in the MENA region. 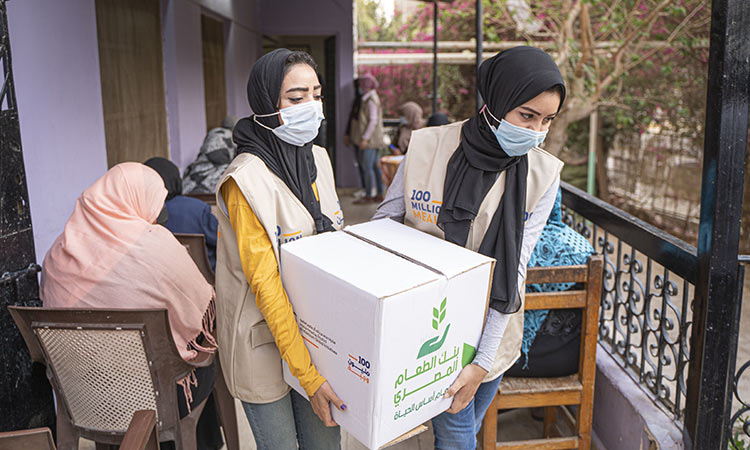 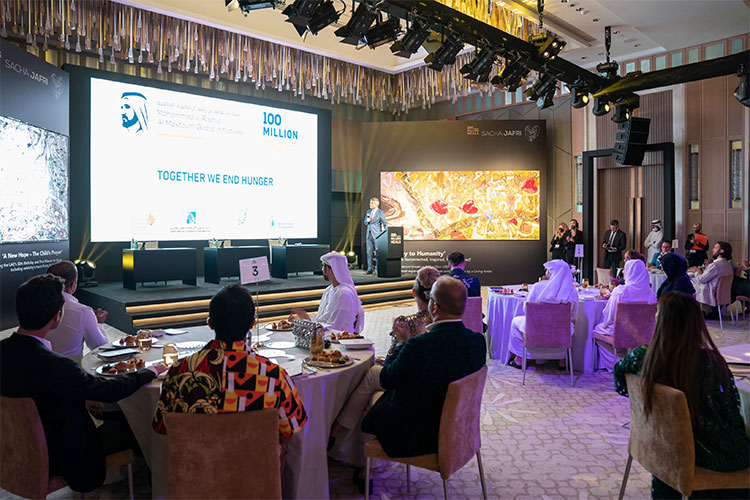 The UAE, through its humanitarian initiatives, is committed to offering relief and support to those in need, especially after the outbreak of COVID-19 exacerbated hunger and malnutrition among poor populations.