Mission incomplete despite disengagement at Ladakh 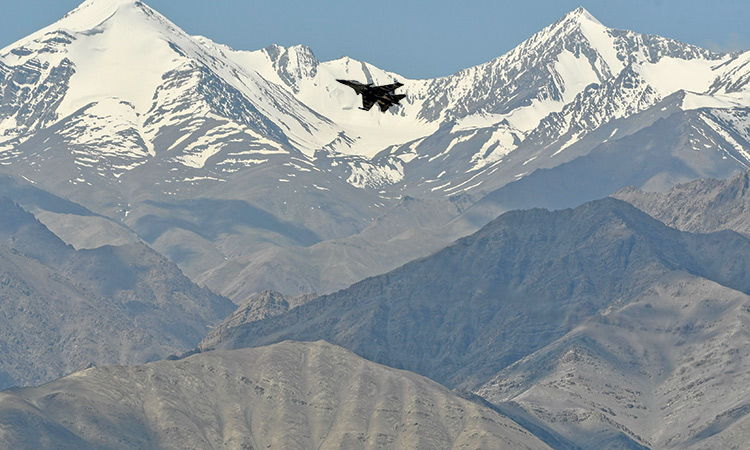 
The 11th round of India China Corps Commander’s meeting has ended with good optics and pleasantly worded Press Information Bureau release, with no concrete agreement (if any) disseminated so far. Post disengagement of troops in Eastern Ladakh from North and South of Pangong Tso, no disengagement in other areas to include Depsang plains, Gogra, Hot Spring, Demchok, and no further de-escalation, was well predicted by most analysts.

In “Two Session” press conference last month, Wang Yi suggested China and India to strengthen cooperation instead of harbouring suspicion at each other and earlier indicated to get back to business as usual, sidelining border/LAC issue. The Indian Foreign Ministry seems to be conveying that disengagement at all friction points leading to de-escalation, peace and tranquillity on borders are prerequisites to progressing smooth bilateral ties. This rightful Indian stance is adversely affected by indicators like likelihood of Indian permission to progress 45 Chinese projects and contracts to Huawei, which is not in sync with the stance conveyed. The standoff is therefore yet to be resolved, as Indian Army Chief General Naravane puts it “the threat has only abated and it has not gone away altogether”, although domestic events in both countries have dimmed the spotlight on borders.

What was China trying? Chinese political aim was and continues to be China centric Asia and forcing Indian subordination, a necessity to achieve it. This aim could not be achieved despite prolonged standoff in Ladakh so far, but will remain unchanged, even in future. Chinese strategic aim to control Eastern Ladakh was to provide depth to its National Highway G-219, Karakoram Pass and China-Pakistan Economic Corridor (CPEC), redraw Line of Actual Control (LAC) as per its perception and negotiate border on its terms thereafter. China can claim to have partially achieved it, with continued presence in extra kilometrage in Depsang plains, Gogra, Hot Spring, Demchok areas, where disengagement is yet to take place.

The Indian aim has been to get Chinese back to pre-standoff positions as of April 2020 in all friction points, not to concede unilateral change of LAC, and pursue talks towards its demarcation, hoping to lead to border resolution. With current disengagement, status quo stands achieved in areas north and south of Pangong Tso, at the cost of losing the crucial leverage of giving up occupation of certain heights on Kailash range and north of Pangong Tso, prior to Chinese vacation of ‘Other Areas’. Pursuing disengagement and de-escalation in remaining areas will be an uphill task due to shortage of leverages, given Chinese past track record of junking agreements at will.

China, having marched in areas, where it was not supposed to be, junking all CBMs, as part of overall ‘Incremental Encroachment Strategy’, exploiting first mover advantage, making unfair use of Indian engagement in combating COVID-19 pandemic. China soon found itself handicapped by strong Indian response, resistance and resolve, with proactive actions resulting newly created vulnerabilities to Maldo Garrison and its launch pad, South of Pangong Tso. Despite disengagement in Pangong Tso area, Chinese discomfort due to Indian dispositions in Sub Sector North including DBO, infrastructure development including DSDBO road, as a threat to crucial Tibet-Xinjiang-Pakistan connectivity remains. Despite proactive tactical, operational and daring actions by Indian military, its strategy was reactive.

Why Speedy Partial Disengagement? After getting locked in the standoff for so long, both countries realized that with such large troop density on both sides, prolonging it further will not achieve any meaningful gains. Escalation to conflict or further standoff was proving costly to both, in terms of human and financial cost, and sustenance, especially in harsh winters at high altitudes, where Chinese troops were not used to living. A very heavy troop concentration within striking distance was prone to accidental triggering of conflict, which both countries wanted to avoid.

Disengagement per se, therefore, was certainly a preferred option for both countries to avoid endless standoff, but its sequencing deserves an analysis. The domestic compulsion of getting into “Two Session 2021” with vulnerable Maldo Garrison was also mounting for China. Under such circumstances a disengagement agreement involving Indian’s vacation of Heights South and North of Pangong Tso at the cost of pulling back from finger areas to its original positions, with its road intact, gave a much-desired face saver to China and it disengaged with unprecedented speed in Pangong Tso area. It was also on the lines of Indian stance of getting back to pre-standoff positions.

Future Options with India: The actual worth of disengagement agreement is yet to be seen in light of trust deficit and past track record of Chinese in junking Agreements, when it suits them, as the LAC as well as border remains un-demarcated between both countries. The relative calmness along LAC doesn’t mean a smooth ride ahead. With both armies preparing for annual summer exercises and stepping up deployment along LAC in high altitude region, in coming weeks, in addition to the troop deployment in ‘Other Areas’ doesn’t promise de-escalation. It does put entire surveillance plan of India to test, to avoid any ‘First movers advantage’ to China like 2020. The Indian forces and the country has given a befitting reply to Chinese misadventure, and will do so each time, with added confidence and experience of 2020.

Indian aim should be not to concede Chinese attempt to redraw LAC as LAC-2020. In light of no major breakthrough in 22nd round of China-India border talks, I do not expect any worthwhile development on delineation, delimitation for demarcation of LAC, which, is necessary to prevent repeated standoffs, even if the present one sees some resolution. This is inescapable and must be insisted. A temporary solution/side-lining main issue is recipe for the next standoff, leading to LOC-ization of LAC further. Chinese will like to keep border unsettled, till the time the political cost of not settling it, becomes higher than doing so, for CCP, China. Its efforts of bilateral border talks with Bhutan and Nepal including trijunctions, are to create further complications in the long term resolution of borders.

India must be prepared for ‘Two Front War’ as a worst case scenario, and continue capacity building in all domains, including maritime arena. Ongoing infrastructure development along borders should lead to settling of locals in villages along LAC with better facilities, to ward off Chinese design of developing hundreds of new villages along LAC. Strategic partnerships with like-minded democracies and collective naval posturing to create multifront situation for China are efforts in right direction. There is a need for alternative supply chain, trade and technological ecosystem, independent of China for which some initial steps taken by Quad countries need to be pursued on strategic plane. 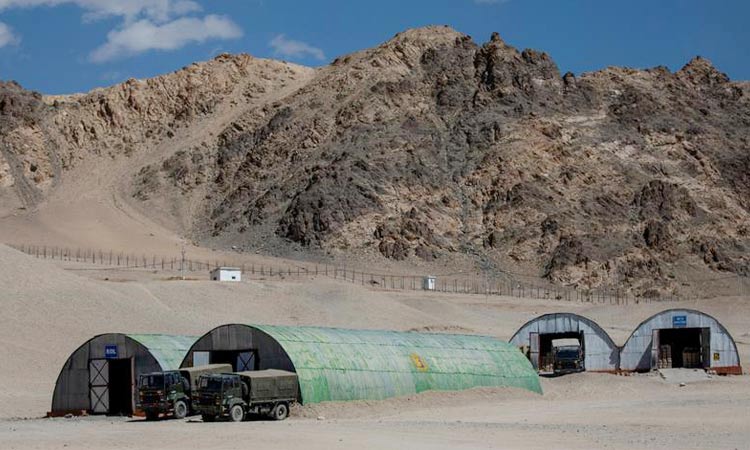 India’s army chief said on Tuesday that he expected talks to lead to an amicable solution to the border crisis with China that escalated last year after a fight in which 20 Indian soldiers were killed.

“The PLA soldier who had been apprehended on Jan.8, 2021, has been handed back to China at Chushul-Moldo at 10.10 am today,” the Indian Army said in a statement, referring to the People’s Liberation Army of China. 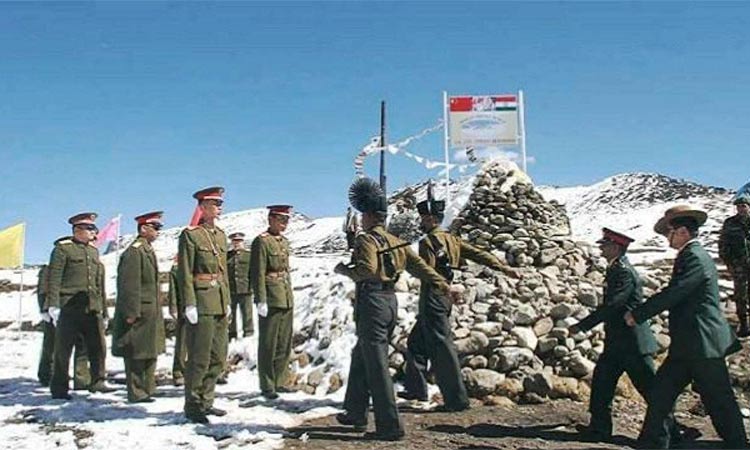 China and India have announced the disengagement of troops along Line of Actual Control (LAC), at the southern and northern bank of the Pangong Tso Lake having commenced since February 10. It seems to be a positive step to mark the beginning 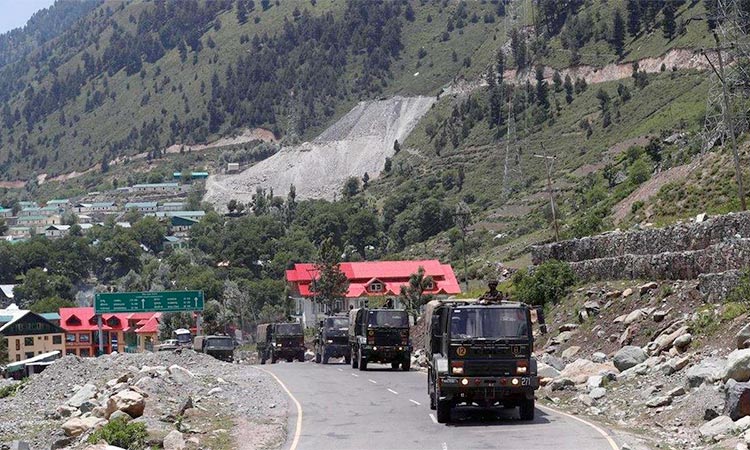 Finally, some good news from the border region

Indian and Chinese armies last week began pulling their armoured units back from one of several points along the 3,500-kilometre-long Line of Actual Control where they have been involved in a face-off for about 10 months.