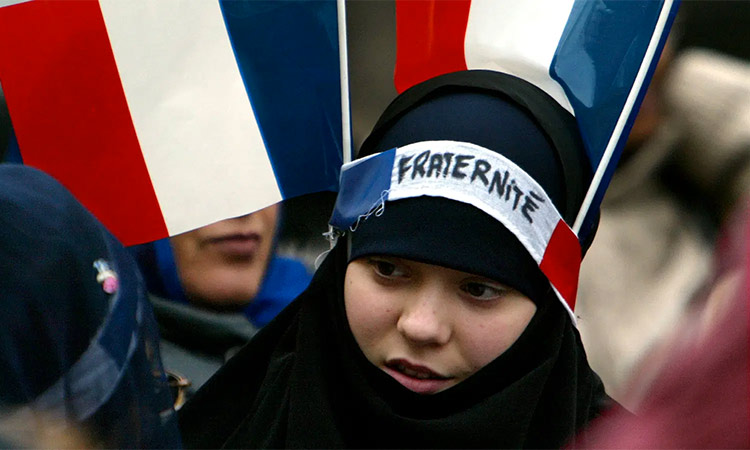 In 2011, France became the first country to ban women from wearing any sort of veil in any public place. Reuters

France’s relationship with the veil has been fractious for a while now. The latest drive to ban the hijab for anyone under the age of 18 – part of the “separatism bill” – stems from a movement, growing in Europe since 9/11, which targets women wearing headscarves and veils: the burqa and the niqab.

In February 2004, the National Assembly (the lower house of the parliament in France) began debating a bill to ban religious symbols from schools, including Muslim headscarves, Jewish skullcaps and large Christian crosses. Prior to this, in September 2003, many of Germany’s regions had already banned teachers from wearing headscarves.

In 2011, France became the first country to ban all women from wearing any sort of veil, or the niqab outside their homes in any public place. The niqab ban was the first in Europe and it really questioned France’s attitude to the integration of Muslims in the country. The right-wing parties, including the Republicans led by Nicolas Sarkozy and National Rally led by Marine Le Pen, started a nationwide debate on the place of Muslims in France and hailed France’s “Christian heritage”.

In 2014, this ban was upheld by the European Courts, which stated that the goal of the ban was to preserve the ideas of national integrity. In 2016, several of the coastal municipal towns imposed the burkini ban for Muslim women.

It is important to understand that such policies are not a recent phenomenon. Discrimination against Muslims, especially women, has been steadily enforced in the name of law, order and national integrity for some time, and the most recent proposed ban is just another step to take away autonomy and agency from Muslim women.

Much of this is also rooted in the imperialistic legacy of France where, for part of the 20th century, it occupied many Muslim-majority lands in Africa and the Middle East. During this period, there was also a drive to separate Islamic symbols and practices from the oppressed areas by banning the veil and Arabic language from the public sphere. The colonial mindset has continued in France, and has been at the root of the blatant Islamophobia in the state.

On 30 March, the French senate voted for the “separatism bill”. The bill aims to impose republican principles, and aims to give the state the tools to fight Islamic radicalism. A large part of the bill is to fight against the inferiorisation of women, and to crack down on any practices that take away the dignity of women. President Emmanuel Macron had previously voiced his belief that the hijab was not in accordance with French ideals.

The ban on the niqab and the hijab is being justified as a means to empower women. However, it is grounded in anti-Islam rhetoric, which is deeply embedded in French society and governance. By assuming that all Muslim women in headscarves are being oppressed, a disregard and ignorance of Islamic religious principles and values is revealed. It is rooted in supremacy ideals where minority ethnic women are always oppressed and need to be saved.

The French government could be viewed as having a white saviour complex – it’s seen to be helping minority ethnic women, but in telling them how they should act and behave, it is serving its own interests and preserving “French ideals” rooted in a colonial mindset. Women cannot be empowered by taking away their autonomy, free will and right to choose.

The bill has not come into force yet because it is yet to be voted in by the National Assembly. But if this bill is passed, the age of consent for sex will be lower than the age of consent for wearing the hijab. Women as young as 15 years old have sexual autonomy and agency in France, but they will not have the right to choose a symbol of their religious faith.

The bill stands against France’s national motto: “liberté, égalité, fraternité”. It is not equal or equitable, because it targets only a certain community, one that is already marginalised and stigmatised. And we cannot assume that sexual liberation is the only way a woman can be free.

Women can only be truly liberated when they have the right to consent and choose for themselves in everything they do, and everything they wear without society (or the government) assigning rules on what is acceptable and what is not. 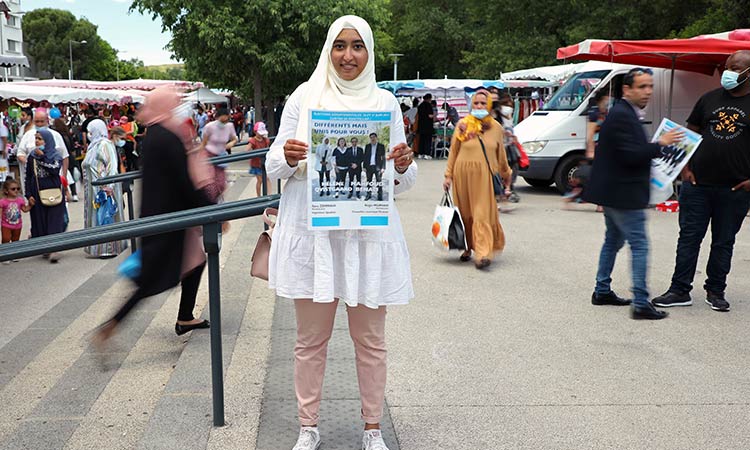 The candidate and her hijab: Identity matters in French elections

The affair erupted after the far-right seized upon the image as proof Macron was weak on protecting France's secular values, and propelled Zemmahi into a national row over identity.